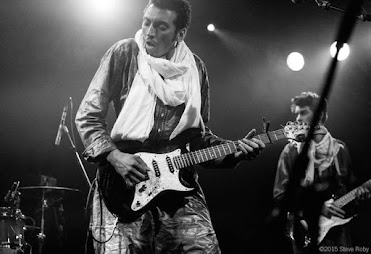 The meeting of western rock stars and non-western musicians is so fraught with potential pitfalls, it's a wonder any decent records ever come of it at all. Cross-pollination is hampered by gaps in language, by preconceptions (on both sides), by label demands for a marketable product, by the suspicion that someone might be using someone, or that the wider audience being sought might be put off by music too far off their wavelengths. The opposite fear is true too: that the cognoscenti will be alienated by watered-down fusions.

Fortunately, these are not issues that besmirch Nomad, the third album by Omara "Bombino" Moctar – a member of the Tuareg Ifoghas clan, usually based in Agadez, Niger – overmuch. It was recorded respectfully, and predominantly live, by Dan Auerbach, leader of the hugely successful Black Keys, in his Nashville studio. He could have made an ugly hash of it, but, as with his previous work with Dr John, Auerbach has proved once again to be a very sympathetic arranger, adding crunch and a little local southern sweetness to Bombino's music.

One of the most easily exportable world sounds of recent times has been the desert blues of the Tuareg people of north and north-west Africa. This rolling, 1,000-yard-stare music is not hard on the western ear; its incandescent licks and fluid grooves would set most rock types to weeping. Nomad's opener, Amidinine, has everything – perpetual motion, a chanted chorus, rocked-up drums and flashes of bluesy brilliance. Azamane Tiliade powers up irresistibly, with whooping throughout, and little solos where you can virtually hear Bombino grinning.

Rock also loves a rebel. The blue-robed Tuareg have been frequently engaged in armed struggles over land rights; struggles complicated by the regional and religious politics of hotspots such as Mali and Libya. Trailblazers such as Tinariwen were the musical wing of the Tuareg rebellion. This record comes in the wake of recent hostilities in Mali, and partly serves as another reaffirmation of Tuareg culture in the face of mass deracination.

Moctar himself grew up in a series of refugee camps, crucibles where traditional Tuareg music somehow became alloyed with the penetrating guitar lines of Mark Knopfler. Although he was something of a child prodigy, Moctar is no greenhorn now, having served an apprenticeship under Tuareg guitar master Haja Bebe where he earned his nickname ("the kid"). Bombino has two previous albums under his belt and was the subject of a 2011 documentary that spread word of his prodigious, faintly Hendrix-like, playing. This western album pushes the Bombino story along persuasively.

Keyboards figure, where desert rock traditionally has none. They are really not that startling. The plangent wooze of lap steel isn't wrong either, adding a note of ghostly succour to the lovely closing track, Tamiditine. A vibes solo on Imuhar really sticks out, but to a western ear it sounds great. A Tuareg might feel differently.

You don't need a strong grasp of Tamasheq to notice Bombino has a song called Imidiwan (Friends), also the title of a track by Tinariwen. (Here, it is not too far off country music.) This reiteration underlines the commonality of heritage and purpose between the kid and his better-known elders; you wonder idly whether Group Bombino (what his band used to be called) has become Bombino to diversify a star from the other Tuareg collectives. Ultimately, though, you can get too cynical about these things. This is fine internationalist guitar music. Niamey Jam finds everyone in the studio – Group Bombino, plus Auerbach and four session musicians – chuntering along quite famously.

Tuareg guitarist and songwriter Omara “Bombino” Moctar is undeniably a man of many talents, but he seems to have his work cut out with the Saharan desert blues genre having been so convincingly sewn up by the titanic presence of Tinariwen. Finding an international audience in the shadow of one of the most acclaimed acts on the world music scene is a Herculean task. It’s lucky then that musical King Midas and one half of The Black Keys, Dan Auerbach, is on hand to produce and provide studio space at his own Easy Eye Sound studio in Nashville – a far cry from Bombino’s native Niger.

Last year Auerbach produced a blistering set for Dr John in the form of the brilliant Locked Down, and the sprinkling of fairy dust he applies is just as evident here. Although the music is still very much part of the African continent, the fuzzy blues licks could easily find a home on the resurgent American blues roster.

Bombino’s musical education has its genesis in turmoil, with the Tuareg tribe being forced to flee Niger on several occasions. During one exile a rebel left a guitar behind with Moctar’s family and Bombino (meaning “little child”) began to teach himself the basics, including spending hours watching videos of Jimi Hendrix and Mark Knopfler. There followed roles in local bands and small-scale cassette releases before greater recognition began in 2009. Given the western influence on his development it’s no surprise that Auerbach’s production fits Bombino like a glove.

Opening track Amidinine set the tone with a dirty blues lick forming the sonic equivalent of finding a case of Jack Daniels at a desert oasis. While many would be distracted by Auerbach’s presence, it’s Bombino’s guitar that’s the real star of the show. His deft playing, off-kilter and juxtaposed riffs never let up over the course of the album’s 11 tracks. Other highlights include Azamane Tiliade, in which a wall of guitar overdubs produces an alighty slab of noise, and Niamey Jam’s near-psychedelic tendencies. Elsewhere, the pace varies with more subtle tracks including the atmospheric Imuhar and Imidiwan.

Overall, this is a highly enjoyable work packed with infectious licks and proves to be an easy album to get along with from the get-go. The album’s title suggests that Bombino won’t let the grass grow under his feet for long, and it would be interesting to see his next move after the forthcoming European tour. Auerbach has delivered another crisply produced effort; given the variety of work he has produced since El Camino, the next steps for The Black Keys will be equally intriguing. In the meantime, sit back and enjoy. 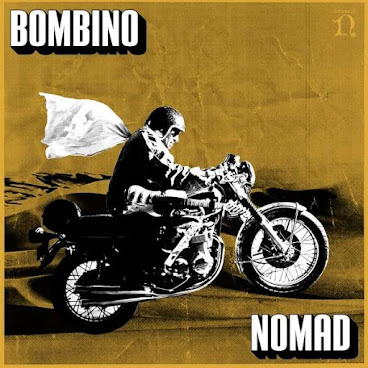