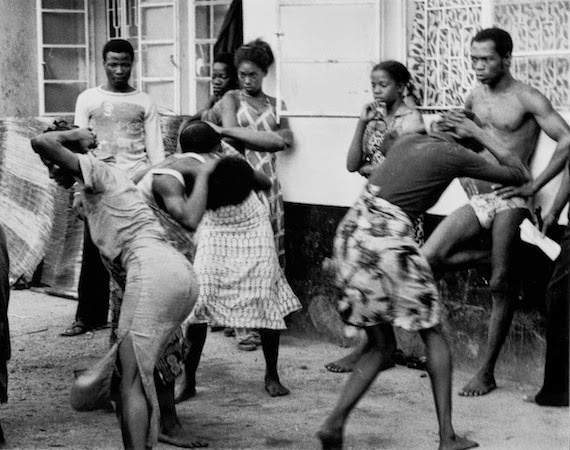 Parts of it are stirring because the subject matter is inherently noble. Fela Ransome Kuti, who died in 1997 at age 58, was multi-disciplinary songwriter, singer, bandleader and activist who invented Afrobeat music, hooked up with the Black Panther Party during a U.S. tour, then went home and mocked the dictatorial Nigerian government throughout the 1970s. He also formed a commune, Kalakuta Republic, that he declared a sovereign nation; started a nightclub called the Afro-Spot in the Empire Hotel in Lagos, and embraced the Yoruba faith, becoming a spiritual leader and even officiating at weddings.

Most of all, he was a great pop protester, working in a country where being that kind of performer required real sacrifice. Kuti was arrested or detained by police over 200 times during his career, and often the police actions were purely retaliatory harassment. Kuti's music was compositionally bold but also danceable; commentator Questlove as being in the spirit of Bob Marley's but requiring a "more sophisticated ear."

But more than that, it was a vehicle for messages of pride and defiance against Nigeria's repressive government, particularly its brutal police. Kuti teased them in songs such as "Zombie," "The Mosquito Song" and "Go Slow" (about the horrendous traffic jams in the Nigerian capital of Lagos, which cops tried to speed up by beating any drivers who didn't move quickly enough). The movie never attempts even a speculative answer to the question of why a notoriously thin-skinned and violent government allowed Kuti to mock them openly over so many years. And yet if you don't know every detail of the story, this vagueness works in the movie's favor; you worry that just around the next bend lurks the moment when the government finally gets fed up.

A life this packed with so much incident can't help but be fascinating, especially when some of the incidents are personally harrowing. Kuti's mother, the pioneering feminist and anti-colonialist activist Funmilayo Ransome Kuti, was thrown out of a window when police raided her son's compound, then lapsed into a coma and died. Kuti also faced internal resentment and rebellion after his cousin emptied his bank account and his once-loyal bandmembers became increasingly disgruntled at having to play without being paid.

Was there enough existing film footage and still photography to fill out a feature-length documentary about Kuti without bringing in extensive backstage footage of "Fela!", the Broadway music about him? Given the film's two-hour running time, which wouldn't be so onerous if the pacing weren't so lumpy, I have to wonder. Gibney and his crew jump between a relatively straightforward documentary with talking heads and archival imagery and a backstage, "making-of" type documentary, about artists (including the show's director-choreographer Bill T. Jones) analyzing Kuti's motivations and mindset, the better to guide a show's musicians and dancers.
The film barely settles into one groove before it's unceremoniously torn out of it. Both documentaries are good (though the straightforward one, about the man himself, is rawer and more urgent than the backstage one, which too often feels like an extended ad for the still-touring musical); but you do often feel as though you're watching different takes on the same subject glommed together. As a portrait of a great artist and activist, "Finding Fela" is worth a look, but it's Gibney's weakest work as a filmmaker.

There are at least two Felas in the documentary “Finding Fela.” One is the actual Fela Kuti, the late Ni­ger­ian singer, musician and pioneer of the Afrobeat musical style, who died of complications from AIDS in 1997. The other is the title character in “Fela!,” the wildly popular off-Broadway musical which jumped to Broadway in 2009, garnering 11 Tony nominations and three wins.
The captivating and meticulous new film by Alex Gibney (“The Armstrong Lie”) is both a standard biography and a making-of movie, blending concert and interview footage of Fela, as he was universally known (even to his children), with scenes from rehearsals and performances of “Fela!”
At times, early in the movie, you might wonder whether you’re watching the real guy or the actor who played him onstage, Sahr Ngaujah. But the real Fela had many more faces. Was he a politically progressive thorn in the side of Nigeria’s military government (which jailed and beat him) or a piggish sexist, who believed that women should be subservient to men and who married 27 “queens” in a single 1978 ceremony?

Was he a thoughtful and outspoken critic of corruption or a party-hearty pothead, more interested in sparking giant spliffs than revolution? A skeptical, Western-educated thinker or a naive dupe, known for traveling around the country with his personal spiritual adviser, a Ghanaian magician named Professor Hindu? A clear-eyed truth-teller or a man in denial, who would insist, even when he started developing skin lesions from Kaposi’s sarcoma near the end of his life, that he was simply “shedding” his old skin?

The answer is that he was probably all of these things, including the one, unequivocal characterization: a musical genius. The film contains plenty of snippets of his infectiously danceable, politically charged songs — which commonly run on for 20 minutes or more, in sometimes incomprehensible pidgin English — along with interviews with those singing his praises. Paul McCartney and Roots bandleader Questlove are among those who testify to Fela’s brilliance. But the man’s music, which was influenced by Christian hymns, classical music, jazz, the soul music of James Brown, Yoruba chant and horn- and guitar-heavy “highlife,” speaks loudest of all.
It is for these reasons that Gibney’s film is called “Finding Fela.” Gibney goes looking for him, guided by Bill T. Jones, who directed “Fela!” On camera, Jones acts as a sort of safari leader, hacking away at the thicket of thorny contradictions that surrounded Fela, in the hopes of shaping a coherent yet honest portrait of the man.

Eventually, over the course of two hours, that portrait emerges, not by cutting away the weeds, but by allowing them to grow back.

Like Fela’s complex, long-winded music, such a portrait requires time. One of Fela’s colleagues reminisces about a conversation with a record-label rep, who asked him, absurdly, exactly which “three-minute section” of a half-hour Fela opus should be played on the radio. In order to find Fela, you have to take in the whole picture. As “Fela!” costume designer Marina Draghici puts it, that entails both a saint and a crazy man. 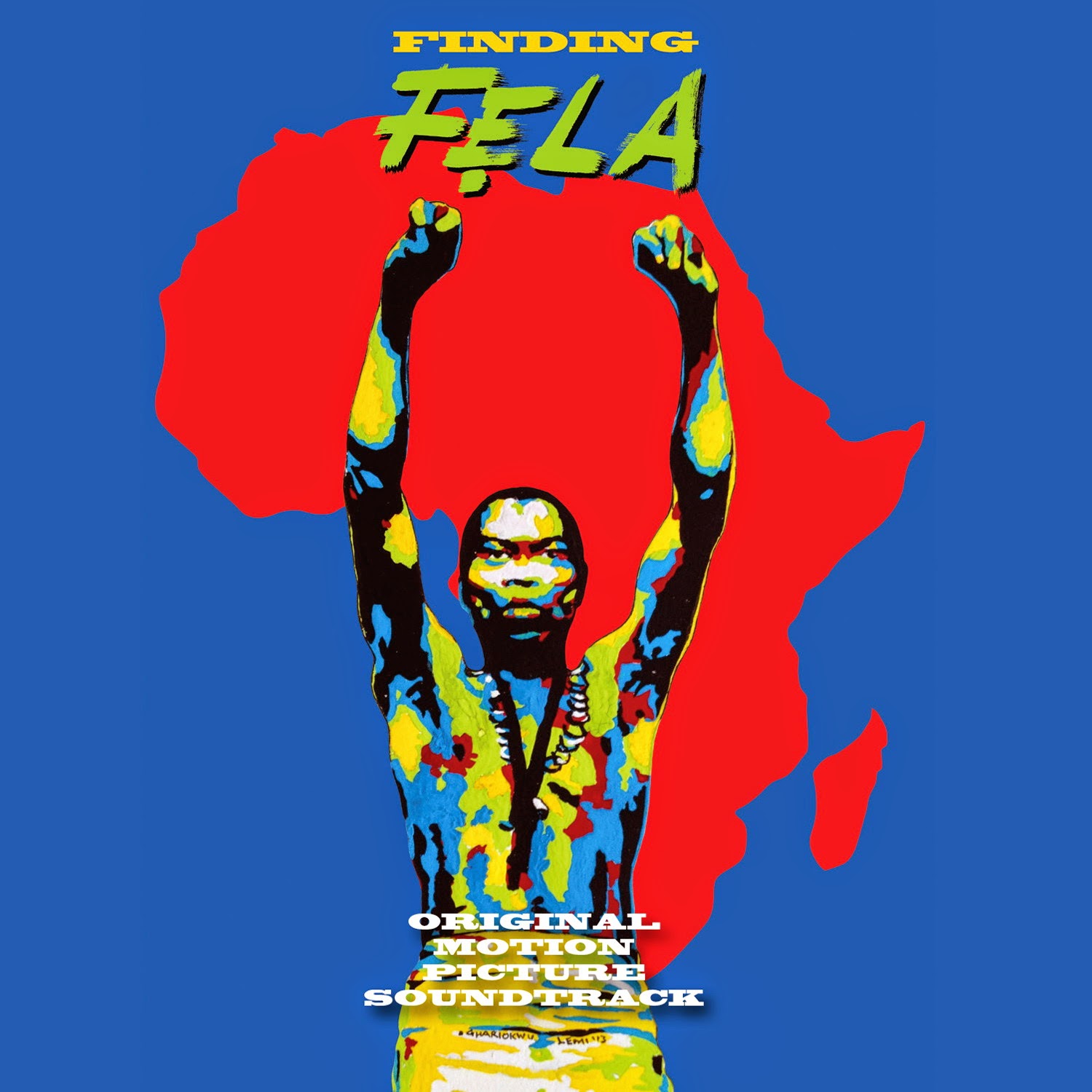