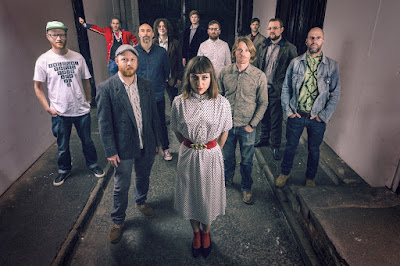 The mighty 12-piece No Go Stop are much more than a tribute to past glories, they are a living, breathing evocation of the life-force that is Afrobeat. Boasting an impressive repertoire of self-penned, new material, they have recently released their debut record “Agbara Orin”. Driving percussion, brass encrusted rhythms and epic instrumental solos set the pace while echoes of Old Soul from Marie Lister’s Vocals, catch the timeless quality of that ancestral funk sound. No Go Stop are truly on a mission to bring something exciting and new whilst staying true to Fela Kuti’s musical mission to present the heart of jazz with the soul of Africa and keep you dancing till dawn. 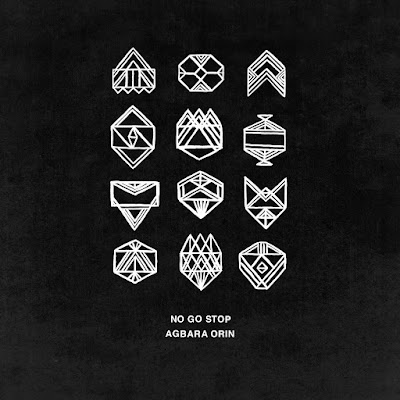 01. Agbara Orin  7:33
(M. Lister, B. Plocki, L. Treasure)
We strongly believe that if you are lucky enough to be in the position that your voice can be heard, then the words that you say must have meaning. Agbara Orin, in the Yoruba language means: 'The Power of Music'. Reaching deeply inside people and inspiring them, music must not be superficial nor cynical: It is critical that in making music we remain honest.

02. Trickster  9:27
This is our tribute to the Yoruba Orisha Eshu. This spirit of trickery leads us into temptation in the hope that we will learn and mature, but Eshu's two faces look both forwards to the spirit world and back towards the earthly. Thus split: as deity and guide of souls, but as the bringer of misfortune, these fractured intentions are reflected in this song (similarly split) between how we portray ourselves publicly in the social media and the truth of things de facto.


04. Animal  6:25
It is foolish for us to presuppose that the freedom we have, so we may see it, is for granted. Countless people do not have such liberty, and both the growing politically countenanced homophobia in Russia, as well as a campaign to make homosexuality punishable by death in Uganda are incitement to write this song. Although inspired by this, the notion of prejudice, discrimination, or intolerance in any form be it in the micro or macrocosm of any society may be seen as congruent to our disquiet.


05. My Mother, House of Tradition  14:17
This song is our tribute to the Orisha Oshun. She is the deity of love, beauty, femininity and sensuality, and she is the mother of Taiyewo and Kehinde. The vocals in this song are taken from a traditional Yoruba prayer for Oshun. This is the translation:
Iyá mi ilé orò (My Mother, House of Tradition)
Gbogbo àṣe̩ (All Powerful)
Iṣe mi sàráà máā wọ́ e̩ (my deeds of charity habitually pull you)
Yèyé orò yè o (Mother of Tradition is alive)
S̩é̩ṣé̩ ku rũrũ (Unexpectedly jumping up)
kọ́wá ni dé (she is the first to be crowned)


06. Howie Get A Life  7:38
This is a song all about not wasting your life away. Don’t stay inside playing computer games on your own and don’t waste away in an office doing something you hate. Enjoy the time you have with the people you love. In case you are worried: Howie has an excellent life with beautiful friends and an amazing job that he loves. He doesn’t have a playstation anymore.