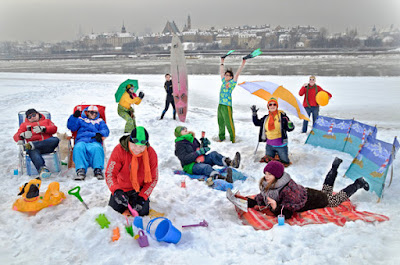 Man Is Enough, the second album of Warsaw Afrobeat Orchestra was released by Agencja Muzyczna Polskiego Radia on 3rd February 2017. The album contains ten sogs kept in the afrobeat/afrofunk style, except "Intro" which is establishing for the tradition of the Berberian music and the Polish folklore.

Compositions have more international accents mainly thanks to musical layer, but also thanks to guests who took part in recordings. Apart from the eleven members of WAO in "Man is enough" it is possible to hear two outstanding Polish vocalists Weronika Grozdew-Kołacińska and ShataQS, and leading musicians of the afrobeat stage Dele Sosimi and KALETA (LeonLigan-Majek).

Recordings are development of direction appointed by musicians on the first WAO album "Wëndelu". Works aren't classical afrobeat, are rather inspired by the Afro and the funk music, it is possible to find also a lot of references to Polish etno/folk.