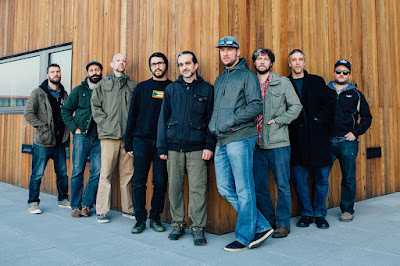 The fierce and driving Unknown Outpost was recorded with Boston Music Award-winner and Grammy-nominated engineer and producer Benny Grotto, and for the first time in the band’s history features guest vocals from rising star Iyeoka, Destroy Babylon’s Rob Carmichael and verses from multiple MCs. It continues the band’s progression from its traditional afrobeat roots to tighter, more hard-hitting funky compositions that settle into that four-minute, sweet-spot pocket.

CDs and downloads of Unknown Outpost can be found at Macrotones.com. Please email contact@macrotones.com if you would like a copy for review. The record can also be streamed on Spotify and Pandora.

Boston's premier afrofunk outfit, the Macrotones, have been launching explosive dance parties for nearly a decade. The 9-piece, horn-driven ensemble is steeped in funk, afrobeat, cinematic soul, ethiojazz, rock, reggae, and more, resulting in dark, interlaced rhythms and progressive arrangements. The band’s tightly-honed grooves and infectious sound has shared the stage with like-minded practitioners such as the Budos Band, Grupo Fantasma, the Funk Ark, Big Mean Sound Machine, Ikebe Shakedown, Sierra Leone's Refugee All Stars, and Barika, and is in good company with fellow instrumentalists Brownout, Jungle Fire, the Menahan Street Band, and the Shaolin Afronauts. 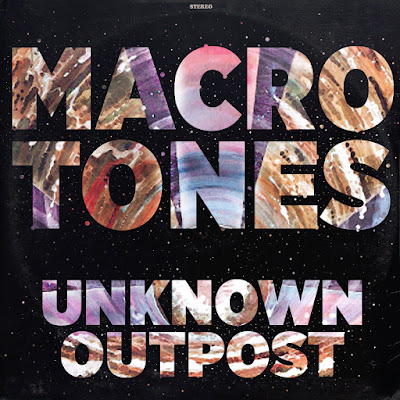