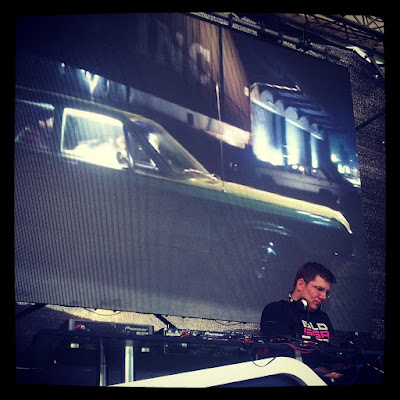 The story of Renegades Of Jazz begins around the end of the nineties, when its protagonist faces a time in life that sees most musical ambitions crumble against the harsh realities of life. Imagine David Hanke in his early twenties, driving his first car, wearing ripped jeans and a lumberjack shirt. On the back seat of his bright red Volkswagen Beetle an electric guitar is collecting dust, as David’s longlasting enthusiasm for rock music has been gradually waning for quite some time. The music that dominated his formative years seems to have lost much of its appeal – and then a tape appears. But first, let’s rewind a bit. Born in 1977, David Hanke spends the first years of his life in Arusha, Tanzania. Within eyeshot of Mount Kilimanjaro and the equally impressive dead volcano Mount Meru, David experiences an early, highly influential part of his childhood in this vibrant East African cultural metropolis. By the end of 1982, the family returns to Germany, where David first starts exploring his parents’ eclectic record collection.

When a musical avalanche called grunge and alternative rock starts conquering the world in 1991, David finds himself utterly fascinated: these genres begin to shape his musical identity. Inspired by bands such as Soundgarden, Pearl Jam or Screaming Trees, David teaches himself to play the guitar,
grows his hair and dabbles in several band projects. But over the years he comes to realize this sound just might not be the real deal. By the end of the decade that music feels too melancholy and the structures redundant, the scene has lost its appeal. The perfect time for a certain aforementioned tape
to make its appearance, popped into the bright red Beetle’s stereo by a good friend.

Thievery Corporation on one side, Visit Venus on the other – it didn’t take more for David to dive head first into the exciting soundscapes of downbeat and sample-based music. Sharing a flat with this friend of his, David gradually discovers funk, breakbeats and modern sampling culture. All of a sudden, everything seems possible to him, without a band and yet able to use any conceivable instrument he deems fit. He couldn’t have wished for a better creative kick-start. 2003 sees his first
productions come into existence, gratefully making use of his grandma’s jazz collection, and at the same time David starts a show called Rebel Radio on a local station. In 2006 he and DJ Deli-Kutt become Mash & Munkee, releasing their first EP two years later.

Renegades Of Jazz is established as restless David Hanke’s primary musical outlet in 2009, consciously referencing a modern classic that pushes musical boundaries, »Renegades Of Funk«. The way David handles Jazz, Funk, Hip-Hop and Soul as building blocks of his very own musical form is just as open and playful, while still showing just the right amount of respect for his sources of inspiration. Renegades Of Jazz becomes the first act on the Wass Records imprint founded by the enterprising DJ and producer Smoove. The album »Hip To The Jive«, along with several singles and EPs, is released in 2011. The following year a remix album aptly titled »Hip To The Remix« shows just how internationally well-connected Hanke has become, ten years after almost quitting music for good.

Over 100 Renegades Of Jazz remixes for celebrated artists such as Brownout, Mop Mop and his own idols like Kid Loco or Skeewiff account for how determinately David Hanke forges ahead. But Renegades Of Jazz is no one-trick pony: his second album »Paradise Lost« refuses to just meet expectations. Rather than going along with the light-hearted swing of his debut and the infectious Dancefloor Funk of his remix works, much of the sophomore album is dominated by darker, more
unpredictable moods pointing towards Blues harmonies and percussive Afro-Funk. Cinematic horn arrangements and purposeful grooves find »Paradise Lost« evoking memories of the energy of Ellington’s Jungle Band, while never leaving a newly found balance of introspection and mature club
music.

It’s the year 2016 and David Hanke, widely recognized under his moniker Renegades Of Jazz, is back with his third full-on longplay effort entitled ‘Moyo Wangu’.

After his conceptual and darker approach to his last album ‘Paradise Lost’ released in 2015, we see Renegades Of Jazz explore the world of Afrofunk here, a world David Hanke is deeply linked to since

Due to being exposed to the sound of this East African metropolis throughout his early childhood days the love for any kind of African rhythm signatures and vibes has stuck to this day and is now reflected in the twelve tracks on the album ‘Moyo Wangu’ – a Swahili expression that translates as ‘My heart’ and perfectly describes where his heart is at.

Already having introduced the audience to his love of all things Afro with the exclusive non-album track ‘Tempo Tempo’ that was featured on the ‘Hits Agogo One’ compilation earlier this year as well as with the first single release of the album ‘Afro Cookie’, a modern Afrofunk anthem with a distinctive twist that does not only refer to David Hanke’s personal linkage to Africa but also can be seen as the origin and starting point of the musical journey we’re about to experience here.
‘Moto Moto’ musically depicts the hot, vibrant feel of a jam-packed dancefloor throughout an amazing night out, ‘Beneath This African Blue’ brings on sweet midtempo grooves and the captivating ‘Harambee’ (Let’s work together) reflects the rhythm and reiterativeness of working together featuring the brass section of the Los Angeles-based Jungle Fire outfit who add their special heat.

The albums title track ‘Moyo Wangu’ caters uplifting Afrofunk at its best and sees Marseille-based producer and multi-instrumentalist Hugo Kant delivering some thrilling flute action with a Jazz-infused twist whilst ‘Them Who Walk Slow’ is on a more laid back and tropical tip.

With ‘Karibu Tena’ – Swahili for ‘Welcome Back (Again)’ – David Hanke returns to his spiritual home in a joyful, polyrhythmic way, ‘Zebra Talk’ is another collaborational effort featuring producer and multi-instrumentalist Kabanjak, also known for his works on other projects like Deela and as part of the Ancient Astronauts duo. The touching vibe of ‘Jamboree’ resembles the overwhelming joy and heartfelt spirit of gatherings and festivities.

‘Majirani Yako Kelele’ works bubbling dancefloors with a complex swing, ‘Jazz Makossa’ amalgamates influences taken from highly Jazz-infused Makossa music and their traditional call & response techniques to a thrilling effect and finally ‘Prison Island’ concludes the album with a sweet yearning and laid back melancholia referring to the legend and history of a small island, also known as Changuu or Kibandiko, located only a few miles off shore of the beautiful Zanzibar Archipelago.

With 'Moyo Wangu' (Swahili for "my heart"), German musician and producer David Hanke, better known as Renegades Of Jazz, indicates where his heart really lies. Hanke spent much of his childhood in Arusha; a city in Northern Tanzania situated near the iconic Mount Kilimanjaro, and on 'Moyo Wangu' explores the world of afrobeat, afro funk, afro jazz and makossa. The track list of the album also features a series of guest musicians: for 'Harambee' (Swahili for "Let us work together", see also the eponymous hit by Rita Marley) Hanke invited the horn section of American band Jungle Fire, in title track 'Moyo Wangu' the flute of multi-instrumentalist Hugo Kant is given a major role, and in 'Zebra Talk', Kabanjak, half of German deejay duo Ancient Astronauts, makes an appearance. If you're not averse to a bit of African groove, open your heart and give 'Moyo Wangu' a chance; you won't regret it! 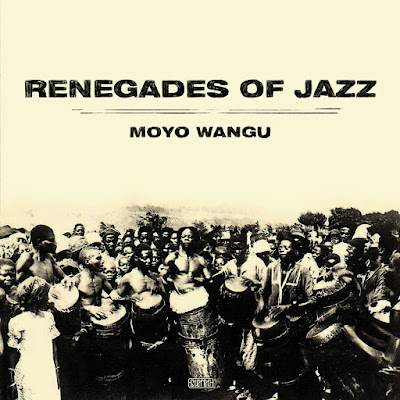 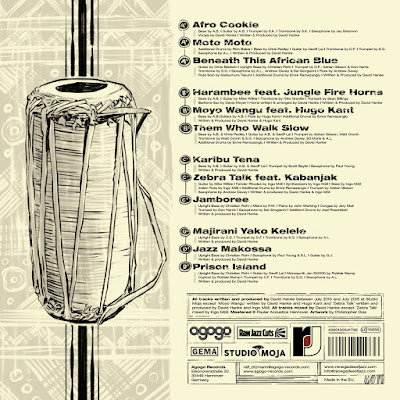