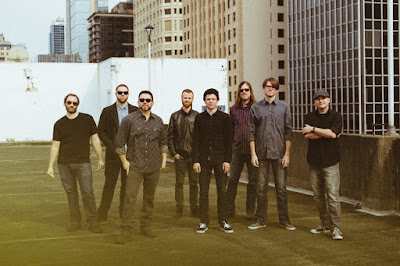 Literally and figuratively, funk is a four-letter word. Through a process of reiteration and misappropriation, funk emerged from radically creative African-American empowerment and has since been diluted to its goofiest signifiers. Funk, in most quarters, is considered frivolous.

Yes, the adepts—James Brown, George Clinton, Sly Stone, Prince—are proponents of having a really good time. But they’re also dead serious about fun as a means to an end: Free your mind and your ass will follow. The destination is liberation.

I say all this because Libra Stripes is 40 minutes of real-deal, straight-up, hardcore funk. No platform shoes, star-shaped glasses or Afro wigs here. No retro-soul vocals or pat exhortations to fall back on, no venerable front-person singing a redemption song to earn your empathy. Not that there’s anything wrong with that stuff—but this is something else. Polyrhythmics make dense, driving, instrumental dance music, living and pulsing and sweating, made by eight stellar musicians who are all business, and their business is making you move.

The members of Polyrthymics are part of a loose-knit scene of musicians who come together in and around the Sea Monster in Wallingford. This homey little place is Ground Zero for hard funk in Seattle; go when there’s music on and you will dance. The prime instigator is guitarist Ben Bloom, who also plays in Rippin’ Chicken and Unsinkable Heavies. But where those groups ply funk forms that are buoyant and bouncy or sinuous and jazzy, his Polyrhythmics are as heavy as a wrecking ball. They don’t fuck around. They play out frequently and have recorded a half-dozen or so highly collectible vinyl 45s for a couple of different U.S. labels. Libra Stripes brings to bear all their kinetic energy in a sustained, focused studio albums for the first time, and it smokes.

Whether it’s the sauntering, Afro-Latin swagger of “Moon Cabbage,” the ’70s cop-show theme-song tension of “Bobo” or the Southern-fried soul of “Skin the Fat,” the music is simultaneously referential and wholly original. There is, after all, a long, star-studded legacy of funk, and these guys are wise to keep in touch with their forebears, both to provide technical foundation and to understand where and when to stray from established templates.

There’s nothing experimental or out-of-bounds here; that would feel like trying. Instead there’s only doing. Embodiment. Of the funk, and all the freedom it brings.

I can only imagine what it’s going to be like November 2nd at The Crocodile Café when the Polyrhythmics release their new record, Libra Stripes. So much dancing – the corner of 2nd and Blanchard might register on the Richter.

The night, which will also feature the hip-swaying Picoso, will celebrate the new record, one of funky depth and force. But the songs on the album might be even better heard live! They have such a fine mix of low-end and bright horns, one can’t help but want to hear the music loud and on stage.

I have long been a fan of Polyrhythmics because they aim to get their audiences to dance, and dance often. It seems the band’s top priority. Upon listening to their newest album, the first thing I noticed was the backbone beat. Jason Gray on bass is subtle but voluminous and plays with impeccable timing and taste. Each song seems to be built in some way around him. Ben Bloom, front man and architect of Polyrhythmics, accompanies the rest of the band without self-indulgence. His eclectic guitar sneaks around the tracks, all while keeping precise time.

Maybe my favorite song on the 9-track Libra Stripes is “Moon Cabbage”. It almost sounds like a Beastie Boys beat. There is also an outer-space quality to it, while still being rooted in Gray’s stone-solid baselines. There are no vocals on the entire album, but we aren’t left wanting them either. On “Moon Cabbage” the horns provide the melody.

At The Crocodile for the album release show, the room, assuredly, will be packed. People, in the otherwise chilly November night, will be dressed in fine clothing, some even scantily! The energy will be loose and joyful. Moods will be brightened. Bodies will move. And the people will want more.


Polyrhythmics began as an experiment amongst like-minded musicians in the Pacific Northwest. Having been seasoned players in various soul, jazz and rock collectives, Ben Bloom and Grant Schroff sought to make an EP of original afrobeat and syncopated funk songs. Recording led to performing, then touring; that handful of songs soon grew to sixty; a Canadian crate digger took notice. Following up their 2011 debut full-length, Labrador, Polyrhythmics return with their dance-oriented second LP, Libra Stripes, on Calgary's Kept Records. Whether it's the smooth guitar and ride cymbals that make up the groove of "Snake in the Grass," or the hyper horns stabs of "Bobo," Polyrhythmics have perfected the art of getting people moving, and the results are wonderful. If instrumental music isn't your thing, then yes, you should probably steer clear of this album, but folks who want to dance to an EDM-alternative will be well served by Libra Stripes. The art of digging has long been focused on finding that rare old gem, but Polyrhythmics prove that funk need not have a time stamp. 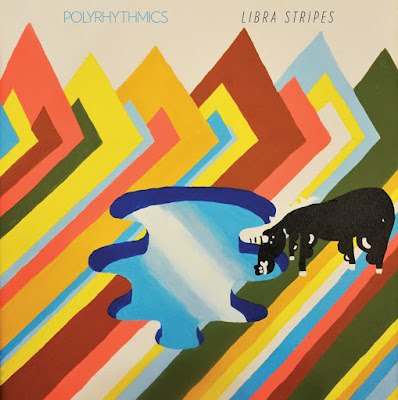