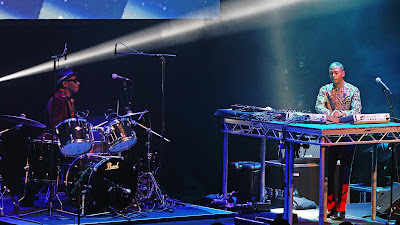 Techno titan Jeff Mills has teamed up with the father of Afrobeat, Tony Allen, for a collaborative album titled 'Tomorrow Comes The Harvest'. The new project is Mills' attempt to " liberate himself from the tyranny of the sequencer" as told on the new duo's Facebook page. “We’re working together to achieve something bigger than the both of us,” says Mills. “It really is a pure collaboration, not just through music, but in our minds and spirit as well.”

In one corner, find Jeff Mills, whose credentials are unimpeachable — he co-founded Underground Resistance, the future-facing electronic Detroit outfit that created reams of charged, jazz-friendly techno and several house-leaning dancefloor classics. In the other, meet Tony Allen, the longtime drummer for Nigerian star Fela Kuti, who helped invent the commanding, endlessly adaptable afrobeat groove. This is not the first such pairing — for example, Allen played with German techno maven Moritz von Oswald in 2015 — but the scene is set for a cross-generational, cross-disciplinary and even cross-continental exchange; the potential energy is high.

The results are more pedestrian, though. It’s a testament to Allen’s indomitability that Mills largely defers to him. The drummer is everywhere, kicking up a recognizable vortex of pitter-patter, but if you didn’t know Mills was on this, his presence might go unnoticed. That diffidence is a missed opportunity — Tomorrow Comes the Harvest would benefit from a sense of more productive addition, or creative friction.

“Locked and Loaded” comes closest to this: Low-toned electronics bounce and decay, adding a threatening undercurrent to Allen’s unrelenting pulse. This could lead to something genuinely nasty, though they don’t quite reach that point on Tomorrow Comes the Harvest. “The Seed” has the most melodic development, with incessant bleeping giving way to satisfyingly big sheets of sound.

Back in 2016, legendary Afrobeat drummer Tony Allen approached techno pioneer Jeff Mills with the idea of working together. A series of live gigs and off-the-radar studio sessions followed, with the first fruits of their joint efforts finally appearing on this must-have 10". As you'd expect, the duo's collaborative work combines Allen's traditional Nigerian polyrhythms, traditional Afrobeat instrumentation, and the far-sighted, sci-fi inspired electronic futurism that has always marked out Mills' work. The result is a quartet of cuts that could arguably be described as retro-futurist Afro-tech - all delay-laden beats, basslines and organs subtly sparring with gentle acid lines, Motor City electronics, beguiling deep space textures and shimmering, 31st century motifs. It's arguably Allen's stylistic contributions that dominate, but that's no bad thing. 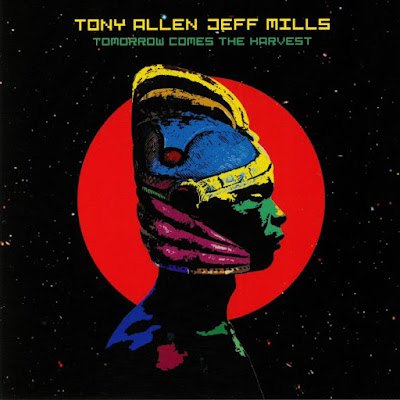