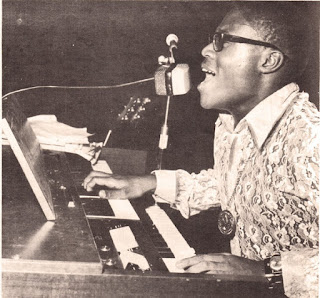 Segun Bucknor was one of the most important figures in the Nigerian music scene of the 70s, despite having only a brief career with his afrobeat unit which in 1972 released this superb album of which originals usually not turn up at any price. A reissue like this on JET RECORDS therefore is long overdue to enable every woman and man with a fondness for African popular music of the 70s to take a closer listen to this gem and fall in love immediately. What do we get to listen here?

Well, the album consists of four lengthy tracks with long instrumental sections that generate a swallowing atmosphere of sheer simmering heat and awakes the primal desire to dance within each and every listener. The first tune „Sorrow sorrow sorrow“ showcases the talents of the band’s brass players with a very prominent lead trumpet and saxophones duelling with each other. In jumps the organ as lead instrument for another long part and despite grooving on repetitive rhythm figures created by bass guitar, drums and percussions with brass instruments and organ adding more intensity to it the solo eruptions and duels in combination with Segun Bucknor’s commanding soulful vocal delivery really brand their progressions, lines and hooks into the listener’s mind.

„Gbomojo“ then combines the dark side of the early 60s post bop jazz with a relaxed, yet fidgety beat that draws influences from both, funk and rocksteady. The brass section creates haunting melodies with a goosebump factor. Then the organ freaks out and embarks on a leading part for a moment. More electric jazz comes to the surface as an important influence for Segun Bucknor, who stated Ray Charles as one of his heroes. Well, one of quite some more as it seems. The ongoing groove of the tune and especially the ticking of a special percussion instrument which is very prominent in the arrangement make this a rather hypnotizing affair. This tune is an all out instrumental but trumpet and saxophone take over the lead vocal duties here. Is this what John Coltrane might have emerged into if he was still alive in 1972? Back to his roots but with more of a groovy approach? Who knows? Segun Bucknor did it.
The title track that centers around the assassination of the popular Nigerian prime minister Abubakar Tafawa Balewa on January 15th 1966 is again a prime example of haunting afro beat that quite obviously differs from the American funk music of the day. The tune is based on a dense polyrhythmical groove network which builds the fruitful soil for the leading brass section to grow a forest of captivating melodies with more of these commanding vocals thrown in, telling about the political situation in Nigeria around those days and how the people overcame the dark period of time.

Too much darkness and tragedy might spoil the fun in some way so the closing track with nearly eleven minutes of length titled „La – La – La“ comes as a more enlightened groover with happier lyrics and hot blooded rhythmical base upon which fascinating melodies lead a good life. Again the brass instruments get their solo parts but this is more of a dance track. Again the arrangements are a dense plait of instrumental lines, harmonies, vocals and rhythm figures. It is an utter joy to try to follow each instrument individually in this dense sound.

All in all this album really gets you in case you have an affinity for jazz, for funky grooves, for long tracks and for a simmering atmosphere. A classic that still got lost in time to be rediscovered by a new generation of music lovers nearly 50 years after the initial release. Haunting! 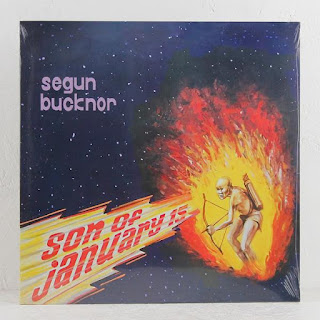 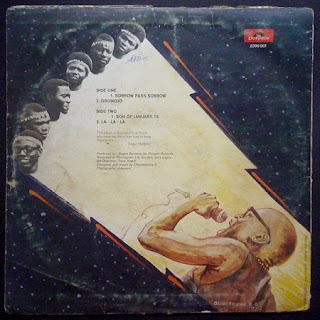 Labels: Segun Bucknor And His Revolution