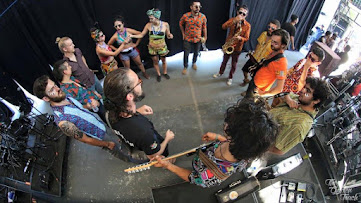 Second LP from Newen Afrobeat that resume the research of the chilean orchestra with the masters of afrobeat and their visits to afrobeat´s homeland in Lagos, Nigeria. A extremely energetic album that talks about inequality, migration, female rol, indegenous cultures and more.

Album opener ‘Vuela Junto a Mi’ (‘Fly with me’) is a successful fusion of afrobeat and Andean music, with crisp brass and a clever rhythmic conversation between the chattering kit beats associated with Tony Allen and Andean drumming.

Spanish replaces afrobeat’s lingua franca pidgin on Curiche, adding a different feel to tunes like ‘Come y Calla’ (‘Eat and shut up’), which channels Fela Kuti’s directness in a searing critique on power.

Like the modern afrobeat of the Kuti dynasty (Seun and Femi), Newen’s tunes also begin with an instrumental break, but come to the matter (the vocal) earlier than Fela would on his songs, which often took up one side of vinyl!

‘Voraz’ (‘Ravenous’) is one such standout track about the frenetic pace of daily life, with a tempo to match, elastic guitar lines and the driving Igbo woodblock that keeps time called okpokolo.

‘Open Your Eyes’, the single track on the album to feature a Nigerian musician in Oghene Kologbo, is perversely a less memorable composition.

Kologbo played guitar in Fela’s Africa 70 and contributes the lead vocal here, which, to be fair, is not playing to his strengths.

Afrobeat, like reggae, has been globalised, and it would be interesting to hear what the genre’s elder would have to say about it.

Curiche, then, is a decent addition to this movement, with Newen at their best when bringing their own musical vocabulary to the music rather than imitating. 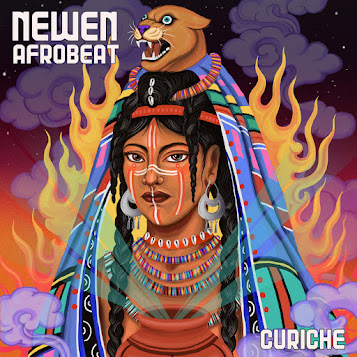