How African Music is Winning the West 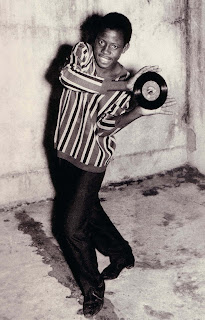 Joshua Bullock explores the immense impact newly digitised African music is having on the West.

As Western bands increasingly investigate the ever-expanding volume of releases and re-releases from the African continent, with the help of discerning European labels like Analog Africa, Soundway and Honest Jon’s, how long will it be before the way we are adapting these forms becomes parody?


Perhaps when we start getting it wrong. So many of these cross-cultural collaborations are just so damn right. From Damon Albarn’s African Express project that took dozens of British and African musicians by train on a UK-wide musical jamboree, via the Nairobi-London indie soundclash of Owiny Sigoma Band, to U.S hip-hop giant Nas sampling Ethiopian Jazz arranger Mulatu Astatke. BBC Radio 6 - Gilles Peterson’s weekly Saturday show in particular - continue the intrepid spirit of the late music journalist and DJ Charlie Gillett in bringing new sounds to new ears. The sleeve notes of Samy Redjeb’s Analog Africa compilations are a musicologist’s joy, full of archive photos and research into the life and times of the featured bands.


Miles Cleret, founder of Soundway Records says, “Ultimately people love the music. They wouldn’t be interested in the cultural background if the tunes weren’t so good.” The more producers like Nicolas Jaar and Lefto loop and remix African jazz, soukous and highlife, the more hungry fans are to move upriver and discover more. Imitation may be the sincerest form of flattery, but watching a big ten-strong Afrobeat orchestra or an Ethiopian jazz quartet play live is the truest reflection of their spirit. This is music that comes from community and needs to be heard and understood as such, not just in the fragments Western artists are chopping and choosing to brilliant effect. Seeing Seun Kuti and his band, Egypt 80, at Lovebox festival in London was a mixed blessing: it was an intoxicating, total performance that in showmanship, energy, craft, volume and size blew away the mannered indie peacocks and electro acts that followed. As the wisest man in pop, Damon Albarn, has realised: if you can’t beat it, join it.

However, taking a large African band on tour is a visa-strewn minefield and significant financial risk, even for such stars of the festival circuit as Orchestre Poly-Rythmo de Cotonou. Another concern is that African musicians receive proper royalties from their music. Samy Redjeb says that his label, Analog Africa, pays artists more than any European company ever offer him to license the songs from his label. He articulates a concern that African artists do not always receive the proper fruits from their labours: “At the end of the day there is almost nothing African bands can do to stop people using their tracks without paying their dues. Often there is no address for them to be contacted or there is confusion about who owns the copyright.”

The chaos of an industry that doesn’t act like one only serves to add to the romance of the music. Listening to the blind Malian guitar duo Amadou and Mariam, or the classical strains of kora player Toumani Diabaté conjures a world we know so little about. Our imagination is never fully checked by context, by celebrity or the intrusions of a tabloid press, or a snarky musical intelligentsia that wants the next thing before it’s even finished considering the current. These musicians are famous in their own right. They weren’t ‘found’ by us, they were always here, even if only now they’re being heralded by a global fanbase from Japan to Australia. The old Cuban musicians of the Buena Vista Social Club were once asked if they ever in their wildest dreams thought they’d become as famous as they had. They replied, yes of course, but they were only sorry it hadn’t happened sooner when they were young and could do something with the money.

This new music offers an alternative narrative to the hard reportage of civil war and famine that paints Africa as either teeming shantytown or antelope-flecked savannah. This is the music of the glorious in-between, with one foot in tradition and the other in the now. It evokes a subtler picture of African societies, where a youth in 70s Abidjan - capital of the Ivory Coast and the ‘Islamic Funk Belt’ of West Africa  - could be defined by wearing flares and stand-up collars as much as his tribe or religion. Watch the superb documentary Dolce Vita Africana to discover how the renowned Malian photographer Malick Sidibe documented a similar period of riotous expression in his country. See that nostalgia and suburban malaise are African experiences too.

Perhaps there will come a time when Africa’s musical styles become so influential that kids in Sheffield will be releasing Cameroonian Bikutsi mash-ups in the same way the rapper Baloji is channelling Tupac to describe the rape and suffering of the Congo.

Neal Cassady once said, “Life goes where the new forms are”. The incredible rise of African music in the digital age reflects a yearning for live performance and fresh sounds, as much as it marks a rejection of styles of mainstream pop and electronica that have become trapped in derivative retro cycles. As the software to produce music becomes simpler and anyone with a ripped copy of Logic and a half-decent microphone can program their own beats, the new arrivals on the web stream are invigorating. As the West delves deeper, more Afro-collaborations and fusion projects may go awry, their lustre tarnished by over-exposure, but this will be a triumph in itself. We’ll have articulated something musically we cannot politically, that true internationalism is not only inevitable, it is a joy.