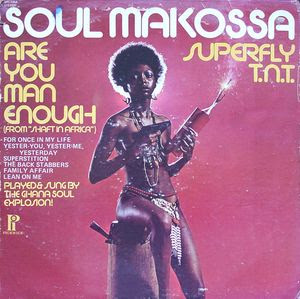 An obscure album of soulful groovers – one of the odder albums of its type from the time! Given that the record was recorded for Pickwick, the Ghana Soul Explosion were most likely a group of studio players, trussed up in fake Afro garb to look like the real thing – except there's no pictures of the band in sight, though you get what we mean. The overall sound of the album's more in a straight 70s funk mode than you'd think from the name – but still, the record's a nice batch of funky soul covers, including "Superstition", "Soul Makossa", "Superfly TNT", "Family Affair", and "Are You Man Enough". 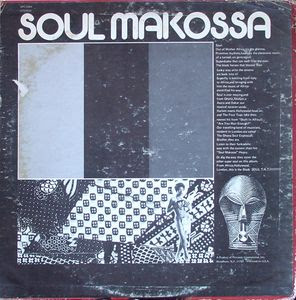