From Sweden: Music Is The Weapon - Sweet Choral Motion 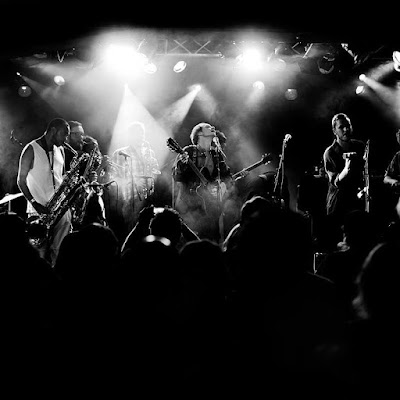 Afrobeat: It’s the best answer to a small-town Swedish winter.


So says Music is the Weapon, a Nordic response to the brash message and sound of Nigeria’s Fela Kuti. A twelve-member strong team of top instrumentalists, the group’s core first formed in a remote town far north of Stockholm, and turned from a good-time one-off into Sweden’s best (and perhaps only) Fela-inspired outfit.

The band brings a distinct skill and savvy to the maverick musician’s signature sound, crafting hard-hitting instrumental originals with sing-along choruses. In a scene with few huge (and very few hugely funky) bands, Music Is The Weapon packs clubs and converts the casually curious into wildly dancing fans. Tracks like their latest single, “We Will Never Stop” rip through rousing anthems, offering a blisteringly funky alternative to the mainstream.

“We’re not fighting the same fight in Sweden as Fela did in Nigeria, of course, but I feel that in some way it’s political to play this kind of music in clubs here,” explains Christopher Ali Thorén, sax player and co-founder of Music Is The Weapon. “We give people the experience of big live band playing raw funk. For me it’s an act of resistance all its own.”

Music Is The Weapon have tapped into a previously unknown demand for something radically different and deeply funky. ”For one of our first shows in Stockholm, we thought we’d just play, and people can come if they come,” Thorén recalls. They watched the people come pouring into the club. “I realized then that people are starving for something like this.”

Music Is The Weapon

A little left of our usual trajectory (usual direction - solid Scandinavian soul searching), we discovered a Swedish band who managed to turn our heads. With a new album out now, Music Is The Weapon have also taken a new direction.

Through a new collaboration with producer Sven Johansson, the band has been able to channel his energy through the music console. The challenge has been to refine the ideas and pick out the songs from the massive sound stage Music Is The Weapon has become known for.

Now the dynamic band’s fifth album, Sweet Choral Motion, aims to further explore the sound that was born on the last album "Moving Foundation and Outer Space". This time they have streamlined the new album which has led to a whole new sound with the string arrangements now intermingled with vibrant percussion.

The result is a creative mix of spacejazz, afrobeat and soul. The intricate layers of instrumentation should also be a perfect test of your speakers clarity. 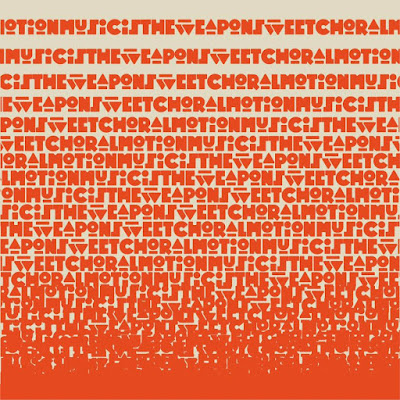 Labels: Music Is The Weapon