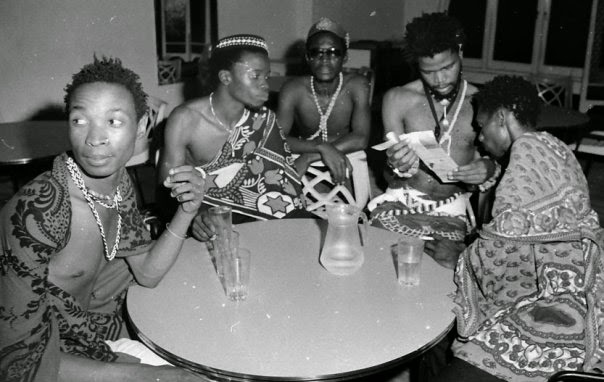 Formed in Johannesburg, South Africa, in 1978 by vocalist Patrick Sefolosha and guitarist Kenny Mathaba, the Malopoets - alongside Sipho Mabuse and Savuka - were, until their demise in 1986, one of the most significant and rewarding groups at the rootsier end of the township pop movement, playing a lighter, more relaxed form of mbaqanga. Sefolosha and Mathaba had served their apprenticeship in the rock and soul-orientated band Purple Haze before, alongside their audience, becoming increasingly frustrated in the mid-70s with imported styles and making a decision to strive for greater authenticity in their music. By 1983, however, the band were close to breaking up, finding it practically impossible to make a living under apartheid, where black bands were denied freedom to tour the country or promote their records on state radio. Sefolosha accordingly left South Africa and teamed up with producer Martin Meissonnier in Paris. A few months later the rest of the group joined him, signed to EMI Records and, in 1984, released the album, Malopoets. The set failed to make any impact on the burgeoning African music scene in Europe, however, being adjudged too pop-orientated by white audiences craving ‘roots’ sounds. It was followed by an appearance on the 1985 Tam Tam Pour L’Ethiope record and televised show, Africa’s indigenous response to Live Aid. Early the following year the Malopoets broke up.