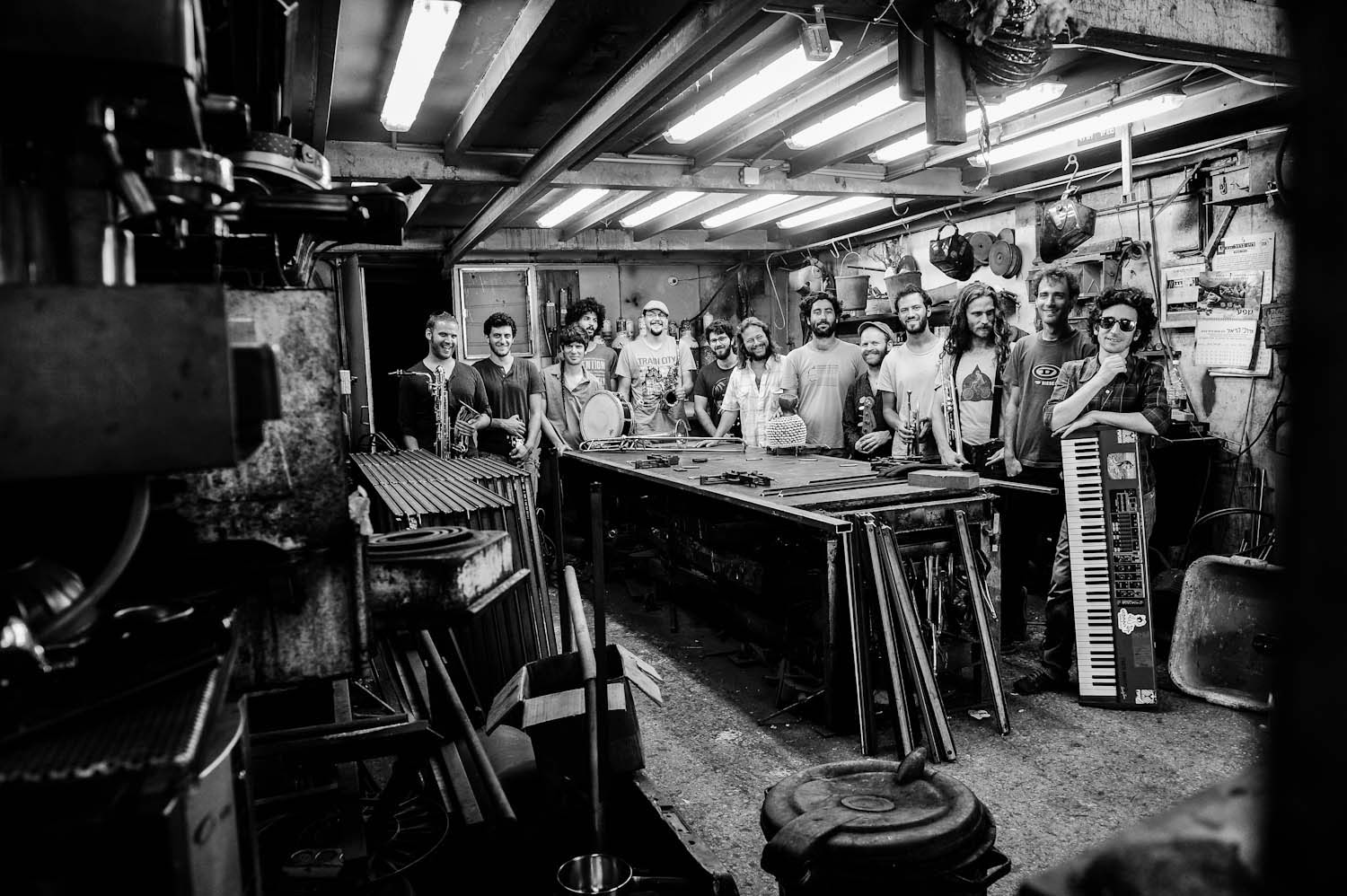 HOODNA AFROBEAT ORCHESTRA electrifies dance floors wherever they perform. The band is hard at work recording their first album, scheduled for release in 2015.

Living at a crossroads south Tel-Aviv, you will always find the infectiously danceable African grooves that are the foundation of HOODNA AFROBEAT ORCHESTRA. The band effortlessly ties it all together, resulting in a unique version of afrobeat.

Hoodna Afrobeat Orchestra, also known H.A.O, is an Israeli Afrobeat band from the south part of Tel-Aviv, formed in 2013. Inspired by the humming and clanging of carpentry and metal workshops.

Originally conceived as a traditional Afrobeat group, H.A.O quickly developed a far spikier sound, often played faster and more emphatically than many of their contemporaries. They have also proven adept at broadening their sound by incorporating influences from a variety of other genres.

H.A.O.'s rousing live shows quickly attracted an enthusiastic following. After their debut EP, "No A.C.", they are currently working on their 1st Album, to be recorded in the Israeli dessert.