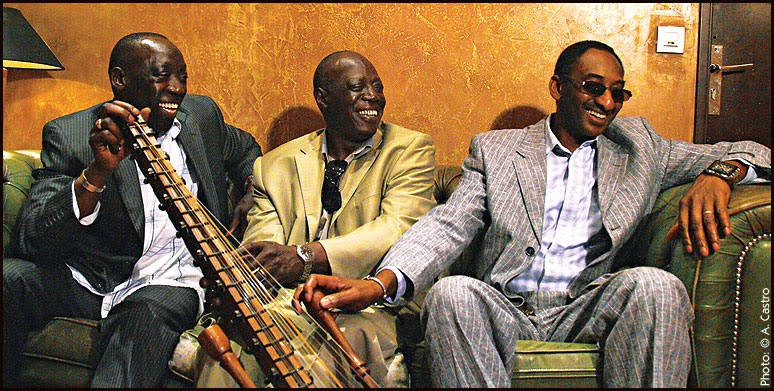 Kora Jazz Trio was a three piece African musical group, founded in 2002 by Djeli Moussa Diawara, Guinean Korafola, with Abdoulaye Diabate and Moussa Sissokho, best known for producing a music that is a mix of American jazz with traditional African music. Described as "the encounter between mandinga musical tradition and the freedom of jazz, between West African percussion and Afro-American swing", they have been recognized for their focus on sharing their cultural heritage, without doing so for the sake of mainstream success or in an effort to create a movement.

This is a pretty unusual jazz trio, formed by African musicians playing, apart from the piano, African instruments. The string sounds are from the kora, a traditional African harp that yields an almost Celtic harp sound. Without exception, all songs are excellent and the kora has an important part in the music. The songs are all joy and some have African lyrics. Some have a Caribbean beat or something like that. A must listen for those looking for different sounds, harp-related tunes and open to innovations without willing to being struck by experimentalist stuff as Zeena Parkins. By the way, the kora does not sound boring as we use to think of harp music, it actually reminds me of Jean Luc Ponty or even Pat Metheny.

-
I listen to music from all over, and was familiar with the Kora and aftican percussion. But this is very approachable by anyone who has an ear for excellent musicianship. All players are great, but the piano player is just outstanding!
Check it out!
-
I totally agree with the previous two reviewers. The reason for writing yet another positive - five star review is to stress how much fun this CD is. I love both jazz and ethnic music and this is a perfect combination. Even though I love these two strands, I rarely find myself moving to the music with CDs; I much prefer live events. This is one of the few CDs that has me moving, jumping up and down and generally feeling groovy. One point I differ with nb is that I didn't think the kora sounded like an irish harp all the time; it did in passages but often, to me, it was more like a proto-guitar or a qanun. 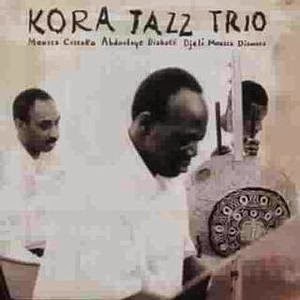