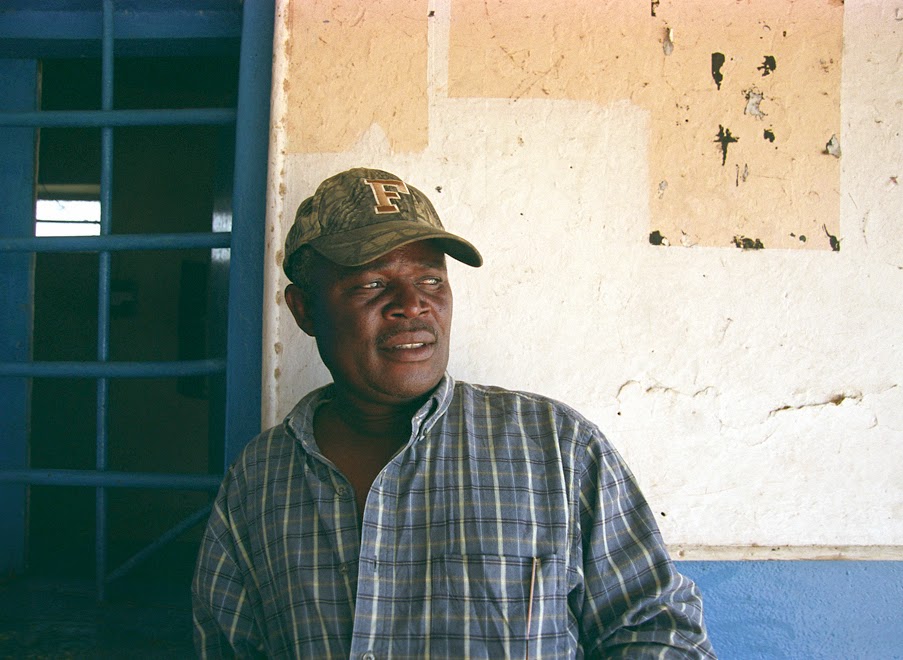 This is a special release: WITCH’s bandleader Jagari Chanda’s first recordings since Zamrock’s most beloved band after their release of the Including Janet album! They were recorded in L.A. when he traveled to the USA for the first time to play a private show that we threw in conjunction with Urban Outfitters in Hollywood.

How, you ask? Well, it went something like this: our pal, the producer Luther Russell (you’ll be hearing more about him later this year), is as big of a WITCH fan as is Patrick Bailey, the guitar and bass player who assembled the band to learn and play WITCH’s Zamrock classics in L.A. (and a part of the great Jungle Fire and Ethio Cali ensembles).

Jagari had an idea for a song he wanted to record – a Zamrock take on a Zambian standard about – you guessed it – witchcraft. He met up with Russell and Bailey, recorded his ideas straight to tape (with Russell on drums and Bailey on bass), and rounded out the session with some acoustic songs that had been banging around in his head.

And then he went back to Zambia. Never to be seen in America again. Well, not quite. Madlib invited him up to play at the San Francisco Sounds of Zamrock Madlib Medicine Show extravaganza and Russell, overjoyed to be able to present Jagari with a most special gift, went back to his studio with Bailey and some friends and overdubbed the parts Jagari had told him he wanted to hear in the final arrangements. We presented the songs to Jagari in S.F., and he was overjoyed. And, well, we were too. So we’re giving these songs away to our subscribers at Now-Again Deluxe.