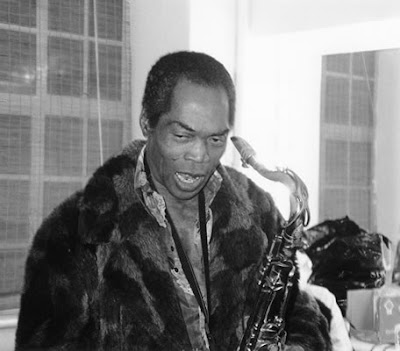 02. His political consciousness inspired him to change what he called his “slave name” Ransome and adopted the middle name “Anikulapo,” meaning “to have control over death,” in the late
1960s.

03. In the 1960s, Kuti pioneered and popularized the Afrobeat genre, which is a combination of funk, jazz, salsa, calypso and traditional Nigerian music.

04. Once he had recorded a song, he never played it live again. He had reportedly been offered several thousands to perform his old hits, which he refused.

05. His rebellious song lyrics established him as a political dissident. Afrobeat was associated with making political, social and cultural statements about greed and corruption.

06. He was influenced by the teachings of American human rights activist Malcolm X. Kuti began to understand the effects white oppression and colonialism had on Africa. He also realized the importance of Pan-Africanism, unity of African nations and revolution.

07. Kuti fell in love with the growing Black Power movement happening in the United States in the 1960s. He was introduced to the Black Panthers while on tour in America in 1969.

08. His mother, Funmilayo Ransome-Kuti, was an activist in the anti-colonial movement. She influenced her son’s political activism. In 1977, Fela Kuti released the album Zombie.

09. It was a scathing attack on Nigerian soldiers by using the zombie metaphor to describe the methods of the Nigerian military and the way, he believed, the soldiers blindly followed orders. In response, the military attacked him and threw his mother out the window of their home.

10. In 1979, he formed his own political party – MOP (Movement of the People). He also ran for president of Nigeria twice.

11. In 2008, an off-Broadway production of Kuti’s life titled Fela! was produced. It was inspired by Carlos Moore’s 1982 book Fela, Fela! This Bitch of a Life.

12. On Nov. 22, 2009, Fela! began a run on Broadway at the Eugene O’Neill Theatre in New York City. Jim Lewis helped co-write the play (along with director/choreographer Bill T. Jones), and obtained producer backing from rapper Jay-Z and actor, rapper Will Smith, among others.

14. In 1978, Kuti married 27 women in a single wedding ceremony. He would eventually divorce them all.

15. In the documentary Finding Fela, he explained the decision: “I wanted it to be meaningful … to have a meaningful life. Tradition expects me to marry 27 women.”

16. He was briefly listed in the Guinness book of records for the most number of women married at one ceremony- 27, in 1978.

17. A million people marched with Fela’s Coffin on its final journey to burial in his house. More than have ever witnessed any state event in Nigeria.

18. He was given a brand new Mercedes Benz 280 Limo by his Record company, which he reputedly used regularly in loading up filthy firewood/charcoal used in cooking to feed the masses in his self-styled Republic.