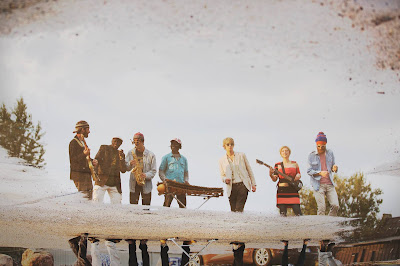 Tiliboo Afrobeat is a Berliner band led by composer-vocalist-percussionist Omar Diop. Omar comes from a region in the south of Sénégal called Casamance, one of the heartlands of the west-african Mandinka cultural heritage. As a child, Omar assimilated rhythms and songs from many of the different cultural groups living in this region, including Mandinka, Wolof, and Jola. By the time he was 15 years old he was already a professional choreographer for popular dance groups in the Casamance, but this was only the beginning of his musical journey.

Omar came to Europe for the first time in the 1992 to teach percussion workshops, but quickly found work as a performer, playing with african and european jazz musicians on stages all over Europe. It was during this time that he conceived and developed his personal style of afrobeat music, mixing jazz and other international influences with the traditional rhythms and melodies from Casamance. Shortly after his arrival in Berlin in 1997, he founded Lion Express, the first version of the band that would become Tiliboo.  The band moves effortlessly from funk and afro-cuban salsa to deep Casamance trance rhythms, from Fela-Kuti-style afrobeat to traditional Mandinka griot repertoire.

Afrobeat, well or simply called Afrobeat Afro, is considered one of the most contagious Blackmusic substreams ever a more than happy and warm seen Dauergast in SOULTRAIN.

International icons of the genre, which originated in the seventies in the western coastal belt of Africa from Nigeria through Benin, Togo, Ghana (with the Ghana typical Afrobeat ingredient Highlife) and the Ivory Coast to the secret "music capitals" of Africa, Mali and Burkina Faso, has, as thus Fela Anikulapo Kuti or his son Femi Kuti, Antibalas, to name the Orchestra Baobab, Osibisa, Manu Dibango or Tony Allen only a very few are regular onlookers in SOULTRAIN and make "their" genre , the Afrobeat, all honor.

The Omar Lion Express, predecessor band of Tiliboo Afrobeat from Berlin with mastermind Omar Diop from Senegal align themselves with this very proud tradition and return as Tiliboo Afrobeat the best of the genre out that it has so notoriously famous blank are: Elements of Soul and radio, of jazz, rock, Caribbean ideals and popular mainstream to Reggae mate when Afrobeat and the new Tiliboo Afrobeat album "Silabaa" most energetically and to show what is the real core of Afrobeat music philosophy: the heat of the maximum, danceable moment ever.So sprayed in the summer 2014 in the Berlin Butterama Studios recorded "Silabaa" with its nine titles energetic in all directions, relies on African folklore as well as on Central European Jazz injections and crunchy deep funk breaks, always characterized by the indispensable during Afrobeat voluminous and sleek Bläsersätze.

That Tiliboo Afrobeat from a small network of international musicians from the already mentioned Senegal, from France, the United States, Burkina Faso and Germany composed gives the album additionally a multicultural base, which at the same time always authentic, honest music itself - Glimmering Afrobeat with easy retrospective Soul sparks - can speak for themselves.

This is particularly evident at the end of "Silabaa", the first of a short, relaxing and necessary tempos pausing with the penultimate song "Sama Natale" before equal to the last track "Goré Ngaa" again full throttle, in a very direct, especially with concomitant, high volume control working perfectly to show a convincing way, what is going on with this Afrobeat, especially for untrained ears, ever to be."Silabaa" of Tiliboo Afrobeat is entertaining and a prime example of the possibilities of the most beautiful and certainly the coolest black music styles of music at all: the absolutely contagious, immensely likeable Afrobeat - watch out! 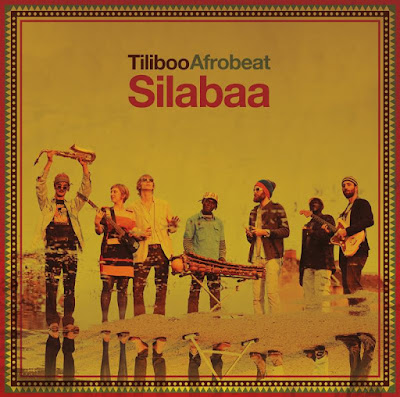