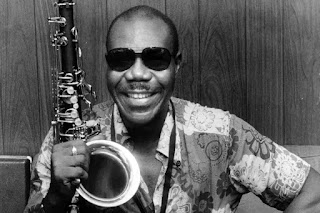 The musician Manu Dibango, who has died aged 86 after being treated for Covid-19, covered a vast spectrum of styles, from traditional African roots music to jazz, soul, Afrobeat, reggae, gospel, French chanson, Congolese rumba, salsa and solo piano. Most importantly, Dibango was a founding father of funk.

In 1972 he made his mark with the hit Soul Makossa. As soon as it was released, as the B-side of a tribute to the Cameroon football team, there were at least five different cover versions in the American charts. The use of the refrain “mama-say, mama-sa, ma-makossa”, on Michael Jackson’s Wanna Be Starting Something, from his 1982 album Thriller, earned Dibango substantial compensation two decades later.

Dibango was an unmistakable figure, with shaved head, shades, a benign grin and a deep, reverberating laugh. The instantly recognisable tone of his music was always swinging, melodic and invigorating. Although best known as a saxophonist, Dibango was also a consummate keyboard and vibraphone player and a great arranger, who could get the best from a quartet or a 28-piece orchestra.

As he once said: “What is special is that Africa has a long historical relationship with sound, and a communion between sound and the visual stronger than in any other culture. The sound carries the rhythm and the movement creates the images. The way an African moves compared with the environment is different from the western conception.”

Emmanuel Dibango was born in Douala, in French-administered Cameroon. His father was a high-ranking civil servant, his mother a fashion designer, and both parents were devout Protestants who disapproved of secular music. Manu received encouragement from the musical director of his church choir, and surreptitiously broadened his musical perspective with a bamboo flute and a home-made guitar. In 1944, he was in the school choir for the state visit of General Charles de Gaulle to Cameroon.

During the second world war, West Africa provided many reluctant recruits to the allied forces and Dibango would recall helping to cut loose the ropes binding “volunteers” press-ganged into the French army. One of them was an uncle of his.

In 1949 his parents sent him to France to study and, as an incentive, promised to pay for music lessons. He arrived on a steamer to take up his education at Saint-Calais in the region of Sarthe. The only black child in this small country town, he got on well with his schoolmates, who remembered him bringing the first bananas they had ever seen. For his part, he found snow exotic and tried to post some home in an envelope.

He was adopted by the community and settled quickly into the French way of life, but his individuality, his cultural roots and, possibly, memories of the “volunteers”, prevented him from accepting the complete national identity expected by his host country. Due to his parents having different ethnic backgrounds, he was never satisfied with an imposed identity. He was unhappy to be classified as an African musician, preferring to be considered as an artist, and an African.

Considered too old to take up the violin, his preferred instrument, he studied classical piano for four years. His fellow students included Francis Bebey, who would become a novelist and musicologist, with whom Dibango played classical and jazz pieces, although for student dances they became a blues band.

While he was on holiday in 1953, a friend lent him a saxophone and Dibango took to the instrument, enrolling for two years of private tuition. After doing the rounds of French jazz clubs, he moved to Belgium, where his soulful style attracted the owner of the Bantou club. Within months Dibango had been signed up by Joseph Kabasele, the founding father of modern Congolese music, whose band, African Jazz, spearheaded a musical revolution in Africa. In Brussels he also met his future wife Marie-Josee (known as Coco), whom he married in 1957.

In 1959 Kabasele recorded the pan-African anthem Independence Cha Cha Cha and invited Dibango to the Congolese capital, Léopoldville (now Kinshasa), to work with him. They made many hit records for the Ngoma label in the prevailing rumba style. Dibango also ran a recording band called African Soul in which he played the organ on his own interpretations of American music. He managed a nightclub, the Tam Tam, but despite financial success, he and Coco experienced racism, so they moved to Abidjan in Ivory Coast.

After a period as leader of the Ivoirian national broadcast orchestra, Dibango realised that the creative “miracle” he thought he was observing in Africa had turned into a mirage, and he returned to France.
In the late 1960s and early 70s he recorded film soundtracks - including that of Ousmane Sembène’s celebrated feature, Ceddo (1976) - incidental background music and commercials, and singles for the African market.

In 1972 he joined the Congo rumba combo Ry-Co Jazz for a tour of Algeria, along with the guitarist Jerry Malekani, who thereafter became his permanent accompanist. Following the death of the US tenor sax supremo King Curtis in 1974, Dibango released a tribute single which identified the American as a major influence on his technique. He then recorded two albums for Chris Blackwell’s Island label, including the instrumental Big Blow (1976).

In 1982 Dibango worked on a masterful triple album, Fleurs Musicales du Cameroun, which gathered contemporary and traditional musicians from the various ethnic groups of Cameroon.

In the same year he toured France with the American jazz trumpeter Don Cherry, exploring everything from soul to Malian folk music and Thelonious Monk. Soon after, he was blowing ice-cold funk on his album Electric Africa (1985), which featured Herbie Hancock, and the hit single Abele Dance. He collaborated with a long list of top class performers: Hugh Masekela, Fela Kuti, Tony Allen, Fania All Stars, Ray Lema, Bill Laswell, Sly and Robbie, Ladysmith Black Mambazo and many up and coming Cameroonians.

In 1967 he was bandleader on Pulsations, the first black music programme on French TV, and in the early 1990s he hosted his own prime-time French TV show, Salut Manu. In 1998 his achievements were celebrated by the rural community where he grew up, with the naming of a cultural centre after him. He reciprocated by donating the saxophone he had used on Soul Makossa.

In later years he was an ambassador for Unicef, received several honours from African countries and in 2010 was made a Chevalier of the Légion d’honneur. He was still working last year, on tour with Symphonic Safari, blending jazz with classical music.

In the UK his frequent concert appearances included a 2008 Africa Day show in Trafalgar Square, but the most satisfying for him were the regular bookings at Ronnie Scott’s club, where he enjoyed being recognised as a “jazz man”.

Coco died in 1995. He is survived by his daughters, Georgia and Anya and son, Michel.