The Brighton Beat - Live at the Clayton Opera House 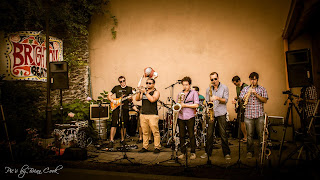 Funky afro-beat big band The Brighton Beat added a vocalist to the mix in 2017. With Ryan Nava holding the mike (and adding extra percussion too) the band has broadened their sound even further. Case in point: the new album Live at the Clayton Opera House. They have enjoyed a warm welcome over the years at that venue in Clayton, NY and the show on October 20th, 2017 was no exception. Ever thought that the fierce Genghis Khan could be subjected to a free-flowing sax solo? Or that a Fortune Teller could be divided into chopped guitar notes seasoned with trumpet blasts?

The Brighton Beat is well-oiled live phenomenon and thankfully they are in the habit of releasing in concert albums on a regular basis. Their sense of rhythm comes to fore again in a spicy mix of jazz and funk. A party band that can please music geeks and revellers is pretty rare. 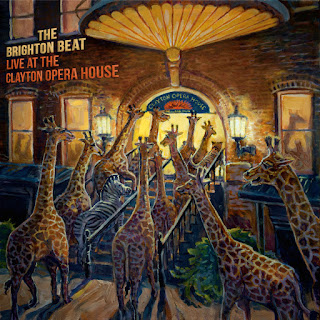