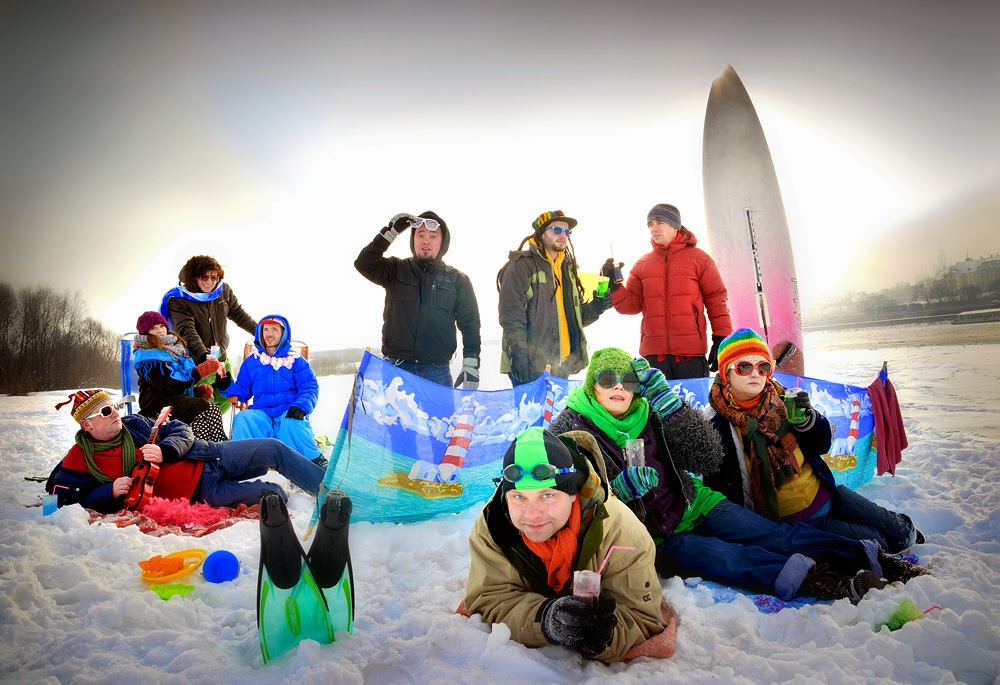 It is hard to believe an afrobeat live orchestra playing in the snow of Warsaw. But you have to face the facts - WAO are the first band of this kind in their homeland and perhaps in the whole Eastern Europe. With experienced players known in the Polish ethno scene for bands like Zywiolak or Village Kollektiv, they are pushing the boundaries of Lagos-born style with unusual vocals and mixing with funk, reggae, jazz, dub and traditional European music. The band marked their presence with self-titled EP released in March 2013, quickly noticed for original music, known here before only from the local shows of afrofunk luminaries like Tony Allen and Femi Kuti. WAO promoted it: "This release is like a hot wind blow from Africa. It brings the rhythm and melodies full of joy and activates you. Check it on your way to work or school!" The band encouraged with the reception of the EP started to perform live at the local clubs and outside the town. Original Warsaw`s music brought them to attention of respected Ubiquity Records from California, with over 250 releases ranging from hip-hop to funk to electronic music. "Only Now", WAO`s beautiful red vinyl 12" was released in November 2013 and includes a massive remix from Ubiquity’s friendly producer Bosq from Whiskey Barons. Bosq pushed the track even harder into a massive clubby dancefloor killer. The release promotes the band`s upcoming full-length album on Ubiquity, in production now, planned for the release in Autumn 2014.
warsawafrobeatorchestra.com
---
Warsaw Afrobeat Orchestra - Wendelu
Following up on their well-received single “Only Now” featuring a remix with label mate Bosq, Warsaw Afrobeat Orchestra deliver a knockout debut album full of heavy Afro and island-inspired tunes.

The album title Wëndelu means “Wanderer” in the native African Wolof language and is a fitting name for the album which explores the wide-range of sounds from the African diaspora and infused with their own traditional Polish folk, jazz and rock sensibilities. Tracks such as “No Such Thing”,“Let It Flow” and “Usurpation” reflect an obvious Reggae and Dub influence while the uptempo numbers on the album “Close To Far” and “Which Direction” veer towards Afro-Disco and Funk.

Formed in 2012, the 10-piece band consists of musicians that have worked and collaborated with each other in different projects ranging from rock, jazz, folk, reggae and funk in the ever-evolving and musically diverse underground music scene in Poland. Inspired by the masters of Afrobeat, world music, as well as African tribal music which is evident in their lyrics and choruses that repeat and weave in and out of deep, hypnotic grooves infusing it with a transcendental quality.
hhv 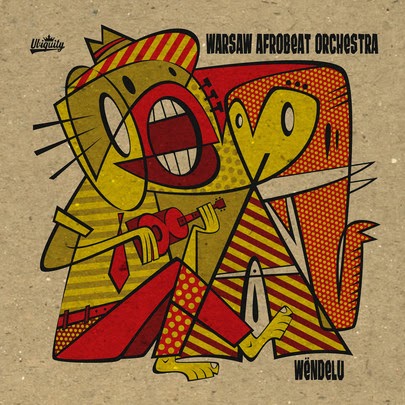 A1 Stop
A2 Signs
B1 Empty Words
B2 No Such Thing
B3 Only Now
C1 Usurpation
C2 Close To Far
C3 Which Direction
D1 Your Way
D2 Let It Flow
D3 Your Way (Remix)
Check out here!!!!
Posted by mr. follow follow