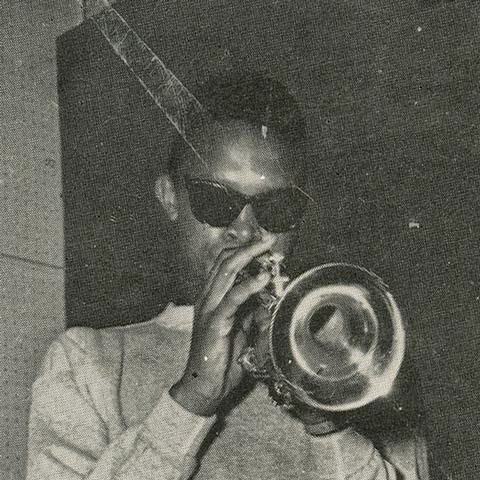 
Track I — 12 x 12 (vernacular) 7.28.
Upon my arrival in South Africa, I quickly learned that the twelve-bar blues (called "the twelve") reigned supreme at the local "blows". Somehow, I became fascinated with the relationship of the two musical absolutes — twelve bars in twelve keys and my wife, Terry, decided it should be "twelve by twelve". As Kippie said, "keys are keys wherever you go".

Track 2 — "Mabomvana" (Mackay Davashe) 5.02.
"Mabomvana" literally means "little red" but a free translation would be "hot stuff ". One night at a session, the subject of the number of possible harmonic "solutions" to an original melody arose and I maintained there could be more than one until the composer designated his particular "solution". Kippie agreed, but some of the others doubted it so Kippie played this vernacular piece "Mabomvava" and asked me to work out a "solution." I had never heard the tune before and my solution was based upon a familiar chord chart in F sharp major. This broke Kippie up since he had played the tune for years on a chord chart in B flat major. We decided to record both solutions of the same melody— "Mabomvana" in B flat major and "Johnny's Idea" in F sharp major.

Track 4 — "Like Someone In Love" (Burke, Van Heusen) 3.31.
This one features Hugh. An advocate of the Beiderbecke — Davis-Baker school, Hugh has developed many of his own personal idioms which already mark him as an original thinking musician in contemporary jazz. His proposed trip to America this winter for study may be the beginning of a major jazz career.


Track I — "Angel Eyes" (Matt Dennis) 11.29.
We decided we needed a "fat" tune to stretch out with and here it is. Kippie's solo, I believe, is one of the great moments of the entire two volumes.

Track 2 — "Yardbird Suite" (Parker) 3.39.
Kippie again with a bow to Parker. Of all the Parker imitators, and they are legion, Kippie seems the most personal and the least imitative. Like Parker, he is short on repertoire and long on the blues, although living where he does justitfies an un-familiarity with tunes that is impermissible in America where fifteen - tune musicians flourish.

Track 3 — "These Foolish Things" (Strachey, Marvell) 4.16
Chris again with a ballad. One learns to really play a ballad last —the most difficult challenge for an improvisor. Chris handles this well with a nod to George Shearing. 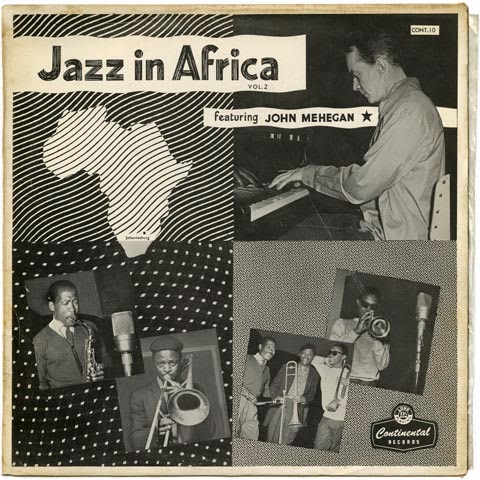 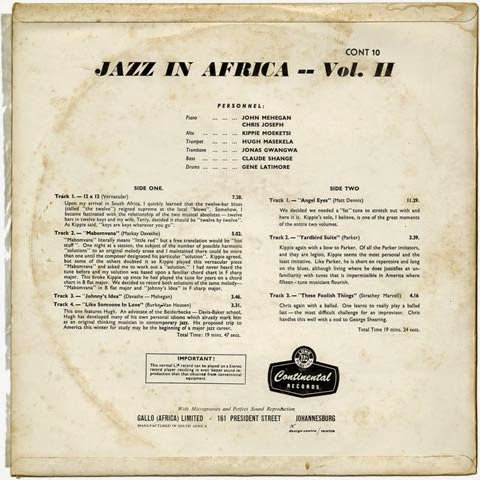