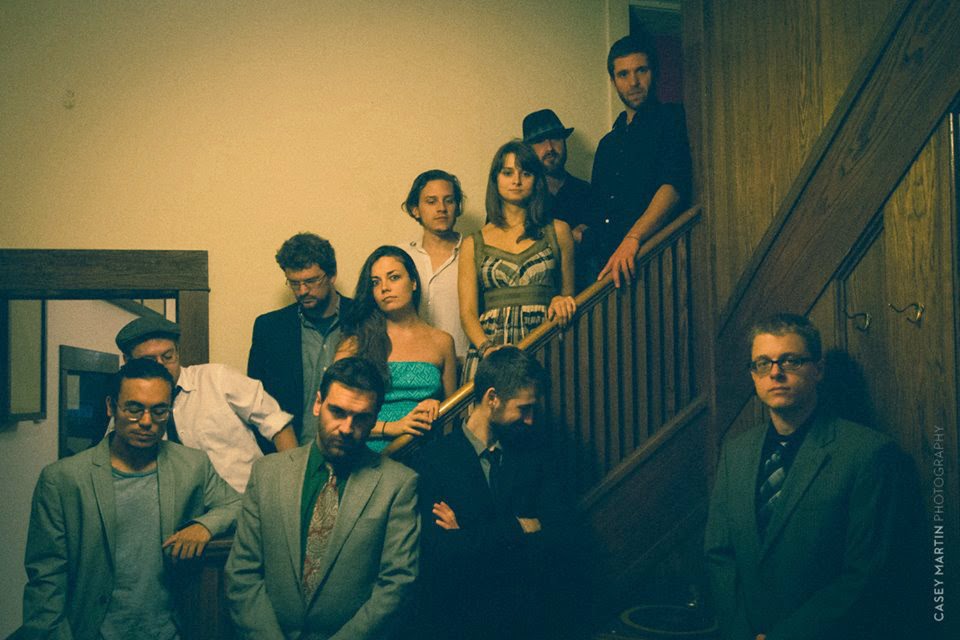 There's this bank me and my kids pass every day on the way to school. The few times they've gone with me through the drive-thru, for routine financial actions bros, they've acquired a Dum-Dum of varying flavors bros. But the flavors of high fructose corn syrupsy balls on woven cardboard sticks means nothing here bro, what this bank has that pertains to Big Mean Sound Machine is a row of reflective windows.

These windows are a portal to the funky ass motherFuckin' throwback soundtrack we be rollin' wit on the way to le schoolio brolio.

The first time I noticed the four of us all leaned back lookin' back at us in motherFuckin' funk heaven, it was a brisk 74 degrees fahrenheit at 6:45am bro. (That should tell you it was sum sum summertime bro.) We were pulling up to a red light, all windows were down, the kids were all lookin' forward, as I peeped our pimposition to my right, I blurted out a "yoooo" and threw my head into the direction of our reflection. My kids did something I wasn't expecting, but it sort of tied the whole room together (as far as the funk was concerned), they looked at themselves in reflection, nodded at their pimpflection, and returned to their originally scheduled position of acting loc'd the Fuck out. We were listening to "Whoa Gosh" at the time.

Big Mean Sound Machine sound like you just caught your reflection in the mirror and you're 77% cooler than you originally assumed you were in the first place.

What used to feel more like a cross between Budos and/or Daptone scented incense and a case of ice cold Tecate on a hot fucking Sunday afternoon, is now a luxurious cross between Budos and/or Daptone flavored micheladas and crawfish boil where there are muthafuckers in guayaberas and ladies in yoga shorts. It's just fucking intoxicatingly sexy bros.

Seriously, this latest in the saga of sexual ass Big Mean Sound Machine releases is a beautiful blend of their regular horny sass, but in addition to their ever-maturing instrumental conversations, there's a New Orleans pelvic thrust around every meter. It's like these muthafuckers were playing a basement in sub-saharan Los Angeles or some shit, and a Voodoo king happened to be at the In N Out across the alley and heard their aural deliciousness spilling out onto the street while monster sauce dribbles onto his pert chin. Rather than reaching for a napkin to wipe his furious face, he rattles his bones and the assholes in Big Mean Sound Machine all start sweating from the lower back and tasting cayenne pepper with every blot of the brow.

I wouldn't lie to you bros, the latest Big Mean Sound Machine album is a fucking balls ass motherfucking cornucopia of horn-spat delicacies, and rather than merely being hot to the touch, it's fucking warming to the entire loin region and requires many many concentrated and unconcentrated listens as soon as fucking possible.

Do not fight, do not rob, but gradually smuggle enough salable commodity, called Afrobeat.
Every now and then you hit the projects, taking in his work threads Africa. One of them is Big Mean Sound Machine. Fortunately, the American group, which consists of thirteen musicians, does not like to stick to rigid divisions. The team from the very beginning came deep in afrobeatową styling and more. Their music is equally revolves around jazz, psychedelia from the 60s and 70s, funk, rock, Latin music and blues. It all appeared on the debut album BMSM - "Ourobors" (2011.). Two years later the band released their second album Fri "Marauders", stylistically similar to the previous production, although it was heard that artists are constantly looking for and experimenting with different sounds.

At this year's album - "Contraband" Americans have shown that they are still faithful to their assumptions. Invariably, the whole spirit hovers somewhere afrobeat Fela Kuti from the area, as well as the New York-based Antibalas ("In the Name of What?", "Angriest Man in the World"). It seems that the recordings Big Mean Sound Machine are more varied in relation to what is proposed Antibals. A good example is the renovation song "The Soothsayer". Composition "Whoa Gosh", in turn, brings to mind the achievements of The Souljazz Orchestra. However, in BMSM is definitely more psychedelic and synth sounds ("Junkies Everywhere").

Undeniable force BMSM is creative ability of turning a simple topic in an extensive and multi-layered musical tale ("Crime of Passion"). For "Contraband" there were also paying tribute to the music of the Arab world ("Sweet Tooth"). Characteristically sounding guitar solos, which can be found within afrobeatowej Convention, appeared in the title "Contraband". The number "Wolfpack" and has much in common with the work of the group Orchestre Poly Rythmo de Cotonou, which will soon perform at the OFF Festival.

I very much hope that the band Big Mean Sound Machine also exist in the European market. With such a repertoire, which presents the American collective, you can enter - and this without any complexes, each directory of a major label (which is about a Strut?). Members of BMSM in a very creative way to reread the afrobeat. I do not treat it as a substitute, and as the core, giving them the power to create niebylejakich ideas.


Angelo Peters may be the hardest working man in the Ithaca music scene right now. Between recently taking over the booking responsibilities at The Dock (formerly Castaways), as well as booking at the Loft, and current recording and production work, his 13 piece band, Big Mean Sound Machine, has managed to release its eighth studio recording, Contraband, through Angry Mom Records.

Peters and company get a little bit spacey on this one, and it works, as extra moog and synthesizer effects that accent the expanding horn sections fit in perfectly. Big Mean Sound Machine, who are known for elaborate percussion and horn sections, has managed to up the ante on Contraband. Where before the horns (Alicia Aubin -Trombone, Bobby Spellman – Trumpet, Jamie Yamen – Tenor Saxaphone, and Remy Kunstler – Baritone Saxaphone) were more of an accent, on this album, they are the centerpieces that drive songs like “Whoa Gosh” and “Sweet Tooth.”

Contraband isn’t as much as departure from 2012’s Marauders as it is a steady transition in the direction of progressive channeling. BMSM manages to throw every past, present and future jazz, afrobeat, and fusion great into the grinder and roll them up in one giant spliff, just to light it up in the front row at the Newport Jazz Festival. 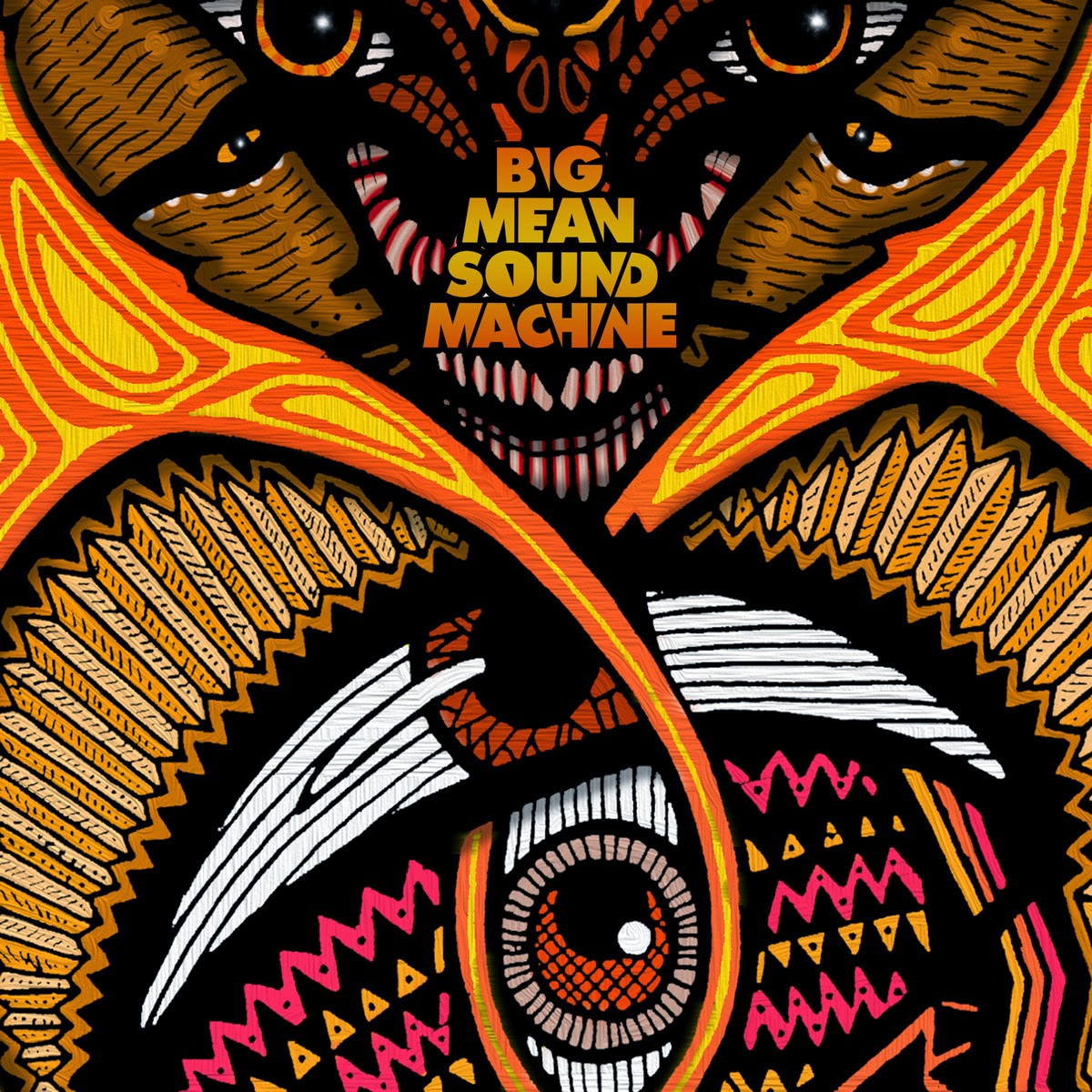