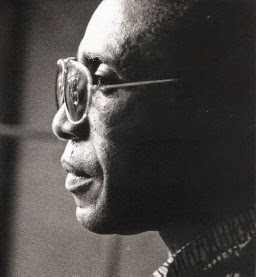 Jo Tongo. Through lack of resource on the continent in those days, Tongo left Africa for Paris in 1976 to record what came to be one of his most successful hits. Start with a combination of rhythm guitar and drums, along with some iconic wah wah effect lead guitar and signature afrobeat horns and you will get heads turning. Add to that Onyeabor-style keyboard synths and irresistible fender bass solo lines played by Tongo himself and you have something pretty special.


Born and raised in Douala (Cameroon), West Africa, Jo Tongo is the eldest brother of a large family. From an early age he was influenced by his fathers music who plays the violin and upstraight bass and his grandfather, the Reverand Alfred Tongo Diboundou, who played organ church.

At the age of 13, Jo Tongo was gifted with an acoustic guitar by one of his uncles and through studying guitar books, he taught himself how to play, read and write music and excelled music theory.
At age 15 he joined the high school band as a guitarist and within two years he became the band leader, while in Yaounde, the capital. At the same time, Jo set up his first band in Douala with his young friends, the "Rock'n Chach", mixing up African, Caribbean and American soul music. He composed his own music and his unique sound set him apart from other bands in the region, caughting the attention of radio stations which played his music in Douala and Yaounde.

Not all was smooth sailing for Jo's father was not supportive of his son's desire to become a professional musician and sent him to Paris where he studied pharmacy for a couple of years. While in Paris, he took up classic piano and obtained a degree from the Paris National Superior Academy of Music. A few years later Jo Tongo was determined to pursue his love of music and became a professional musician playing with the best musicians in Paris, the likes of Manu Dibango, Françis Bebey, Joseph Kabassele, Franklyn Bokaka,to name a few.

Jo was living his dream as he was involved in studio recording sessions in studio with African and European artists. Gerard Akueson gave Jo and opportunity to make his first record featuring what we could call "World-music" today.

On his second record, Jo turned to a kind of Afro funk music, very original and exciting, mixing up African and American R&B sounds. Jo was given the battle name of Jojo L’Explosif ( Jojo the Explosive ).

In 1968, after he recorded his second record (Get it the way I like & Non Non Non ), the young artist was invited to a concert in the "Salons Des Ambassadeurs " in the "Champs Elysees " in Paris and prominent African and Caribbean artists were backed by Manu Dibango as they performed before Parisian ambassadors.

Jo's (Jojo) performance earned him a standing ovation and Gisèle Baka, a Caribbean singer and manager invited Jojo to another concert she organized in "Olympia", in Paris, two months later, in commemoration of Doctor Martin Luther KING Jr. death.

The young man acting as a music director and conductor, was arranging beautiful music for other artists as Uta Bella and Manu Dibango. Jo took classic orchestration lessons and arrangement from Vladimir Kodjoukarov, the conductor of the French National Classic Orchestra.( Orchestre National de Paris ).

Jo Tongo's career took a turn as he became the most popular african artist and his fame allowed him to play for African heads of states like Nyassibwe Eyadema of Togo, Yakubu Gowon of Nigeria, Mobutu Sese Seko of Zaire( Democratic Republic of Congo), Ahmadou Ahidjo of United Republic of Cameroon, Prince Albert II of Monaco.

Jo Tongo formed many connections including with American pianist and singer Memphis Slim, the King of Boogie Woogie and Mike Brant, a singer from Israel who became a legend in France.
In 1976, after performing in Midem, Cannes, Jo Tongo created a new band he called Tumbalo. Patrick, Alex and Chris Francfort (now called The Gibson Brothers) asked Jo if they could become members of his new band. Vicky Edimo also joined Tumbalo and the group recorded 10 songs for Decca, however the record was never released.

This setback did not stop the ambitious and talented artist whose music was featured in " Femme De Sa Vie" a French movie starring reknowned French actress Emmanuelle Beart and his music was also featured in "Never Ever", an American movie with a well-known French actress Sandrine Bonnaire.
Nowadays Jo Tongo added Reggae music to his influences. He backed Ky-Mani Marley, one of Bob Marley's sons, who came to Cannes Festival of Cinema for "One Love", a movie he produced in 2004. 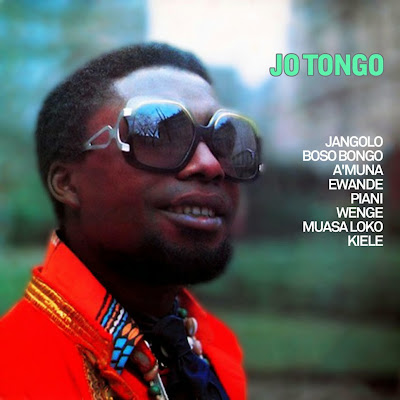