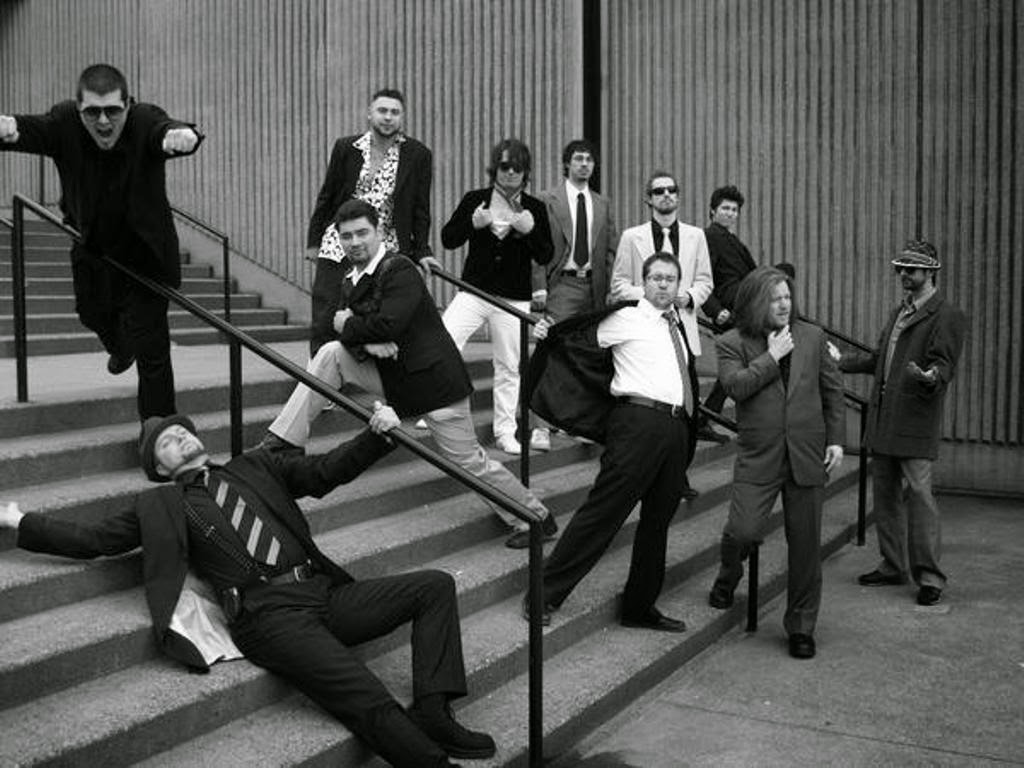 With a sound that lands somewhere between library music and fusion, Afro Latin Vintage Orchestra goes into the realm of psychedelia and beyond on “Complot” from their upcoming album Pulsion. While the vinyl has a street date of October 29, you’ll find the CD and digital releases out by mid-September. Orders are now being taken on Ubiquity’s website.

For Pulsion, recorded over an entire year, a string quartet was enlisted, making the total number of musicians to create this album land at a whopping thirteen. The music itself was played live, and Masta Conga, leader of the collective, also cites the mindset of a beatmaker, “I can take an idea and reinterpret it if it turns out interesting for the track. It allows me to pay tribute to those who inspire us and to immortalize this musical tradition.” He continues, “Where the classic work of collective repetition before the recording of the album did not allow me to arrive there, the method of work (noted below) left me more control over the production.”

Masta Conga gave us some insight on the track “Complot” and the album it comes from just a few days ago. When we first heard it, we immediately thought of Miles Davis’s On the Corner. Masta Conga responded, “Its wild and organic aspect structures my way of composing,” but he then credits Vladmir Cosma as an even stronger influence. Library music was something he says he “explored more seriously after the release of Last Odyssey,” the group’s previous album.

As for the creation of the track, he notes, “I first recorded the double bass with the percussion. Next, I record the drums. During a third session, guitar and keyboards are recorded. Lastly, brass and violins are added. In the first stage of a piece we can know nothing about the final outcome because the composition moves forward at the same time as the work of the edit. It’s a work of rewriting without any of the original idea except the rhythmic skeleton, which gives the movement.”

A musician friend whose opinion I greatly respect shared with me that he enjoys listening to Pulsion, the fourth release by the Afro Latin Vintage Orchestra (ALVO), in two layers: The frothy jazz-influenced horn, brass and string arrangements on top and, like a musical parfait, the churning Latin, AfroCuban and other funk rhythms underneath.

ALVO was founded in 2007 around the core band of Masta Conga (percussionist, ringleader and spokesman), Benjamin Peyrot de Gachons (keyboards), Jean-Baptiste Feyt (trumpet), Max Hartock (drums), Elvis Martinez (guitar), Victor Dos Santos (alto and soprano saxophones, bass clarinet), and Philippe Vernier (baritone saxophone, clarinet, flute), a global conglomerate that Conga describes as "a space of creation all around, of various revolving musicians according to projects." They're joined on Pulsion by double-bassist David Battestini-Quadri and a string quartet. "On this fourth album, we tried a new approach by including various inspirations such as library music, spiritual and electric jazz funk, abstract hip-hop, with a touch of European groove and contemporary music," Conga explains.

The title track is quite representative of this entire piece: "Pulsion" opens with Battestini-Quadri's acoustic bass tethered to classic 1960s acoustic jazz but the other instrumentation, directed by Feyt's electric trumpet like a spectral spooky finger, quickly lifts the music like an untied balloon to float away and leave jazz behind. Even though trumpet is the lead instrument, the driving percussion rhythms frequently overtake this tune's center. "Shaman" grows from bass line doubled by piano into a hothouse flower of electric keyboards, growling reeds and other exotic sounds, and then navigates a freeform dialogue between saxophone, percussion and bass before settling into Congas's warm Latin percussion groove. "Shaman" would have also been a great title for this entire set. Rippling currents of electronics, horns, bass and strings set the subsequent soundstage for the cinematic "Drama."

Miles Davis' trumpet sound and fearless explorer's essence (more in feeling than execution) emerge like shadows from "Chroniques Marxiennes" and "French Connexion": Trumpet, piano and strings outline and punctuate the "Chroniques" arrangement, with an electric keyboard solo that conjures the spry and schizophrenic spirit—restless, relentless, irreverent yet respectful—of Chick Corea's work in some of Davis' electronic ensembles. "French Connexion" strips down the instrumentation but not the thick heady atmosphere—flute, trumpet, strings, keyboards and congas float in and out, like musical actors coming and going onstage in a play.

Pulsion is easily one of the most intriguing, entertaining and yet inscrutable sets you'll ever hear. I replied to my musician friend with my own description: If trumpeter Don Cherry recorded an album with Mongo Santamaria as his rhythm section, arranged and with strings by Nino Rota and produced by hip-hop pioneer Greyboy, it would sound like Pulsion. He's probably still laughing at this description, but he didn't disagree with it either. 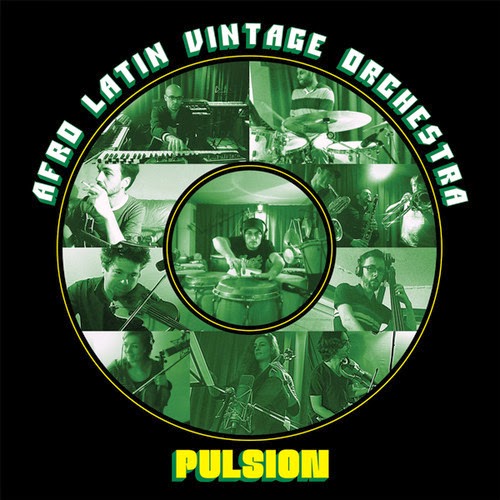