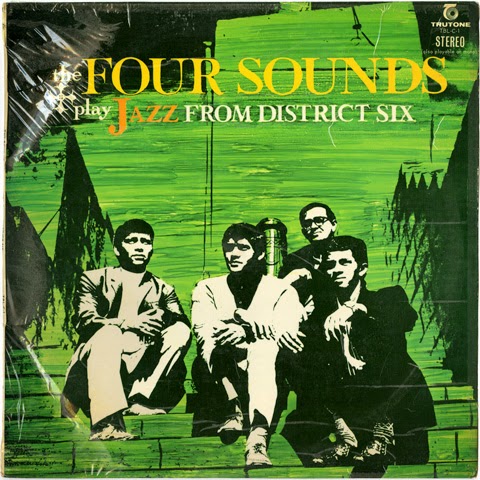 True Jazz today is becoming a rare art whose existence depends not only on the Jazz-musician but also on the medium by means of which it is propagated. This album is the combined effort of musician and Trutone Record Company to add their contribution to the interest of the arts. The theme for this album is set in "District Six", the community which brought forth "The Four Sounds".

A SEVEN STEPS LAMENT 6.32
Composed by Clifford Moses (Guitarist). This number describes a historic spot in the heart of this district. Although presenting a peaceful facade this spot is frequently the scene of gang warfare.

B INTERIM 5.06
Composed by Richard Schilder. This work expresses the composer's feelings of the interruption into the lives of people residing in this area.

C KATRINA 3.15
Composers R. Davids and G. Lang. The vocal is warmly done by the group's guitarist Clifford Moses (This song was written for the film Katrina, but never submitted).

A UP FROM SLAVERY 7.11
Composer Basil Moses (Bassist). This theme describes the struggle of the people of District Six to free themselves from the old traditions of slavery.

B WELLS SQUARE 4.53
Composer Clifford Moses. This once notorious place (not in existence anymore) is still remembered by the elder people.

C DON'T CLOSE YOUR EYES 1.50
Composers Davids and Lang. This song provides Clifford with another vehicle for jazz vocal. The meter is 3/4 with four bars of the bridge in 4/4.

D THE (GOEMA) DANCE 2.30
Composer Clifford Moses. This dance which has its origin in District Six, is used to express "gam" a type of jazz peculiar to this district.


The Four Sounds have been together for over 10 years and the jazz on this album show-cases not only the unique sound and style of the group as a whole, but also the artistry and individuality of each of the musicians. The Four Sounds are a credit to the jazz scene in South Africa. This is their debut album and let's hope that we'll be hearing a lot more from them. 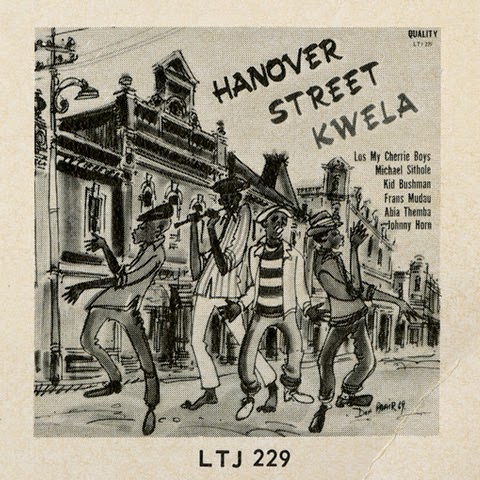