Dele Sosimi - You No Fit Touch Am 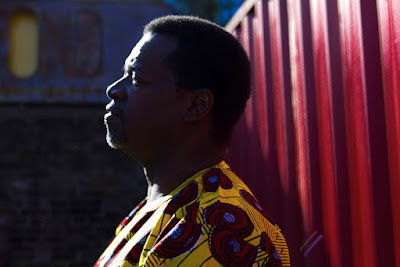 You No Fit Touch Am represents where Dele is today – something of an untouchable force in the music scene that he has always been such a vital part of. The title is an uncompromising message that this man means business, and with his mammoth afrobeat orchestra on board that is definitely the case. Recorded at the Fish Market Studios in North-West London by Benedic Lamdin (AKA Nostalgia 77) the album provides a musical representation of Dele’s strong socio-political opinions, as well as delivering classic song-writing that could have come straight out of 1970s Lagos!

Born in Hackney, East London, but soon to return to his parents’ native Nigeria at the age of four, Dele Sosimi was schooled and raised in Fela Anikulapo Kuti’s shadow at the height of early 70s afrobeat. Having been chosen by Fela to join his band at somewhat of a tender age, he was still a young man when sharing Fela’s Glastonbury stage in 1984, and became both Musical Director for both Fela’s Egypt 80 and Femi Kuti’s Positive Force.

After Fela’s passing in 1997, Dele went on to concentrate on his own solo career and, with diligent patience, carved out his own afrobeat crown. In London, where he now resides, his Afrobeat Vibration all-nighters are charged with his passion, labours and his unrelenting spirit.

Following on from his first two studio albums, Turbulent Times and Identity, this third long-player is sure to cement Dele Sosimi’s position as a major player within afrobeat and beyond!

Dele Sosimi is a man with a peerless Afrobeat pedigree. From teenage keyboard player for Fela Kuti's Egypt 80 to bandleader for his son Femi Kuti's Positive Force outfit, Sosimi has helped define the sound alongside some of its most iconic figures.

Parting ways with Femi in 1995, Dele relocated to London and immersed himself in the capital's multi-cultural vibrance, his own music rooted in the heavy Yoruba rhythms of Afrobeat.
Does such a hefty CV weigh heavily on the man? How could it with music as joyful and nimble as this. As with the best Afrobeat, and its American cousin Funk, there's a certain lightness of touch to the heavyweight rhythmic workouts. Guitar and horns darts over bass and drum while call and response and chants supply the message.

This third 'solo' album, his first for 10 years, was recorded in London with a crew of long time players and producer Nostalgia 77 (Tru Thoughts) offering a 21st century clarity to the mix. There's no silly compromises to the music here though, just a thoroughly modern sense of oomph in the mix with a suitably heavy bass presence.

Although the sound is classically Afrobeat, this is music concerned with the world around it in 2015 with mentions for ISIS and Nigeria's own Boko Haram amid Sosimi's socially conscious lyrics.
While the format has changed little since its early 70s inception, Afrobeat sounds as life affirming today as it ever has and in Sosimi, and this record, there's someone to carry it onward.

There’s several things that tend to be pretty much rock-solid givens for enjoyment in my musical world. Releases on Wah Wah 45s, afrobeat bands and acts that have been booked by the Priddle family (AKA Rhythmtree Promotions). Just needed to state my biased position before I tell you why you should buy this first album in 8 years from the doyen of afrobeat, Dele Sosimi.It was with great interest and excitement that I read of the signing to WW45s of Dele and his afrobeat orchestra last year having seen Dele play twice on the IOW and also knowing the Wah Wah crew well. It had beautiful friendship written all over it and so it is that You No Fit Touch Am delivers whole-heartedly.

Dele’s musical career started at just 16 years old as Fela Kuti’s keyboard player in his Egypt 80 band, a role that evolved to musical director and re-orchestrater. He continued to work with the Kuti family as he and Femi formed Positive Force in the mid-80s and Dele relentlessly to toured the world. Fast forward though to the last few years where Dele has been based in London, infecting the capital’s scene with his energy and drive as well as educating the next generation though his foundation and his lectures at LMU. When I first encountered Dele Sosimi it was at Rhythmtree 2012 as he closed the main stage with an hour of “foreplay” (his words) as his legendary sets at the Afrobeat Vibration nights last at least four hours. The following year he blew all those attending away with a two hour set of his own compositions along with Fela classics. The live show was there completely yet he needed the quality recordings to confirm his status but here they now are and we can all enjoy the energy vibrations from this belter.

E Go Better opens up the seven-track long player with intertwined guitars dancing away with horns blasting a welcome before the sax spirals into the first vocals from Dele and his backing singers, who promise positivity in the lyrics. This is a recurring theme throughout the album, as Dele demonstrates his happy renaissance and encourages us all onto better things. You can hear and imagine the smile on his face all the way through the record. That doesn’t mean afrobeat’s traditional themes of struggle and protest are put aside as he stakes his claim for office in Na My Turn – I’m voting Dele. The title track follows and is a poem to the hypnotic, dance-trance inducing qualities of afrobeat.

The low slung groover Where We Want To Be comes next with the most complex arrangement of the whole set. There is a particular crispness to the drums on I Don’t Care that keeps the groove bouncy whilst We Siddon We Dey Look has a dreamy, drifting quality exemplified by the horn solo (trombone I think??). The album closes with first single Sanctuary, a shuffling, building monster that in full album length shows other sides as opposed to the 7″ version I’ve been playing since last year.

You No Fit Touch Am was recorded and produced by Nostalgia 77 who has used analogue taping to capture the warmth and fullness of Dele’s killer band. I’ve only had the download to enjoy at the moment but I’m looking forward to getting hold of the heavyweight vinyl to spin all summer long, for this is pure festival fire! When I had the pleasure of speaking with Dele on Friday’s Headfunk Show his pride in the quality of this recording was obvious, as it should be. If you’ve seen him live you’ll not need much convincing to get this but if you have never sampled afrobeat before this is a perfect introduction. 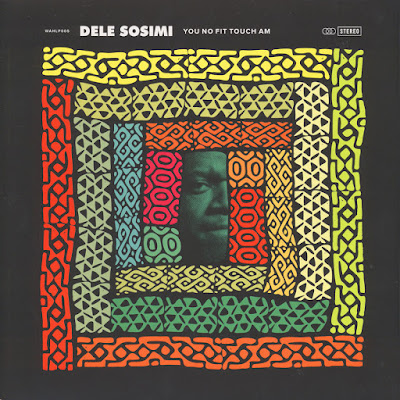 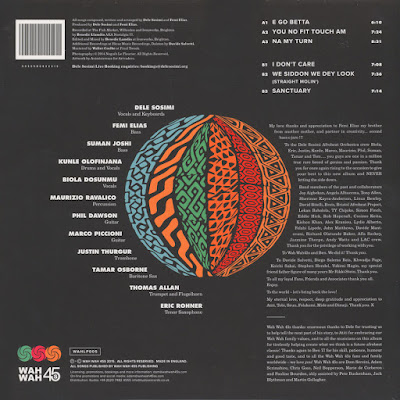