The history of Zimbabwe's recording industry 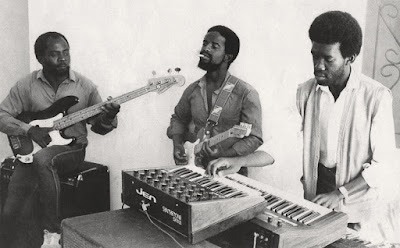 In the early 1950s, as the cities of Salisbury (now Harare) and Bulawayo became industrialised, an influx of Zimbabweans came from the rural areas to look for jobs in these cities. Among these people was a new generation - the first Zimbabwean musicians to record their music. Since there were no established recording studios at the time, early recordings were done by a mobile van from the Rhodesian Broadcasting Corporation (RBC), which used a one-track tape recorder and a microphone. The recorded music was used mainly for the African Service radio broadcasts in a bid to entertain the black majority. The RBC van went round the country to record talented musicians, who were paid one cent each time their song was played on radio.

As there were no record pressing plants at the time in Zimbabwe (then known as Rhodesia), most people could only afford to either listen to the radio or buy records from South Africa or other countries to play on their gramophones. Around 1956, the tide of South African records as well as records from Europe and the USA began to rise in Zimbabwe.  Zimbabwean musicians began to emulate the sounds from these records and were frustrated that they could not record their own music.
Before the 1960s, most of the music recorded in Zimbabwe was for archival purposes rather than commercial. In the late 1960s, several companies began to record commercial radio jingles, television programme themes and pieces of popular music. A company called Commercial Radio and Television (CRT) saw the need to have recording equipment in the country and soon acquired the country’s first disc-cutting machine. This gave them the impetus to start recording local pop bands. Later, in the early 1970s, CRT folded and another company, Music Recording Services (MRS) brought in the first 4-track studio, which recorded an all-white group called Holly Black (Zindi, 1985).

At the same time, contact was made with Brunswick Gramophone House in South Africa, which had been set up by Eric Gallo to distribute records from the US-based Brunswick Records in South Africa. However, noticing the lack of recording facilities in Zimbabwe, Gallo decided to extend his recording facility to Bulawayo - first by providing a cheap studio that would only record demo tapes, which would later be completed and mixed in South Africa.  Around the same time, Teal Record Company, a subsidiary label of EMI Records, was also established in Salisbury.

The early recordings of these companies were not very successful because the market was dominated by South African and Western records. Zimbabweans had been conditioned to like music coming from outside the country.  Bands that did record within the country, such as the King Messengers’ Quartet, received a poor reception as the ‘now-westernized’ Zimbabweans were not interested in buying them.

In the late 1960s, Gallo decided to send West Nkosi, a leading South African producer, to record some Zimbabwean musicians. Success began to knock on Gallo’s Zimbabwe door.
Soon another company, Advertising Promotions Limited (APL), imported an 8-track recording system, which was used extensively by Teal and Gallo, the two recording companies now established in the country, for their local recording artists. The cutting of lacquers still had to be done in South Africa until 1975, when CRT sold its disc-cutting machine to Teal Records. In the same year, a further eight-track recording and mixing console was imported into the country. This was installed at Blackberry Studios, which concentrated mainly on radio programmes. This equipment was later moved to Shed Studios, which started recording local musicians on behalf of Teal Records.

By the late 1970s, hits from local musicians began to trickle in. Gallo scored its major success with a band that had been around for quite some time, The Green Arrows. The album Chipo Chiroorwa sold in large quantities. Other groups such as The Great Sounds also sold large quantities with hits such as ‘Anopenga Ane Waya’.

Teal Record Company, Gallo’s rival, wanted the same commercial success. They found it inevitable (against the then government’s wishes) to put revolutionary songs on record. They took a chance with the album “Hokoyo” by  Thomas Mapfumo in 1979. It paid off.

In 1980, Teal bought shares in Shed Studios and changed its name from Teal to Gramma Records. More equipment was bought and the studio became a 16-track facility. Two years later, it was transformed to a 24-track facility using two-inch tape spools for recording. The studio was later re-named Mosi-Oa-Tunya after some of the directors, including Steve Roskilly, pulled out of Gramma Records. Roskilly kept the original name. When they became overwhelmed by musicians, the two companies headed by John Grant and Tony Rivett decided to merge. Thus Gallo became Zimbabwe Music Corporation and Teal became Gramma Records. Later, in the late 1990s, another player, Metro Studios, entered the recording scene.

As the industry became more organized, and with the merger of Gramma Records and Zimbabwe Music Corporation, studio engineers and producers became necessary.  These were recruited among musicians of the time.  Most of those who became producers started off as studio engineers. That was designed to give them ample time to study and understand the recording equipment they were using. Engineers who eventually became producers included Henry Peters, Peter Muparutsa, David Scobie, Hilton Mambo, Brian Rusike and Alois Muyaruka. At Shed Studios the main producer was Steve Roskilly, while at Gramma Records  and Zimbabwe Music Corporation, Chrispen Matema, A.K. Mapfumo, Tymon Mabaleka and Bothwell Nyamhondera became the main producers. Metro Studios employed ex-Harare Mambo bassist, Clancy Mbirimi, as its producer.

With the arrival of compact discs (CDs) to replace vinyl records, this new technology brought with it many challenges for established record companies. Internet ubiquity allowed music fans to download and share music freely. This changed the game drastically. This reality spawned a new danger as new players came onto the scene since it was now easy to set up a recording studio that could burn CDs. This led to the establishment of independent labels, which saw many musicians deserting their record companies at the expiry of their contracts. The record companies saw this as an encroachment by other industry players onto their turf. This situation was made worse by the economic meltdown in the country between 2004 and 2008. Anthony Hagelthorn, who had acted as managing director of the merged Zimbabwe Music Corporation (ZMC) and Gramma Records, threw the towel in and left the industry altogether. Elias Musakwa, a musician-cum-businessman and politician, took over and merged the two companies with his own Ngaavongwe Records.

Although the technology had made it easier for musicians to become independent, there was another threat, brought about by piracy.  The pirates found it easier to reproduce and sell recorded music that did not belong to them. Musicians who were accustomed to receiving royalties for their recordings could not stomach the advent of music piracy that came with the digital revolution since this affected their income. Gondo (2012) describes this phenomenon as follows: “The ubiquity of low priced pirated CDs and DVDs on the Zimbabwean streets is the new gorilla that is eating the artist’s lunch.”
As a response to these technological developments, in October 2011 the Zimbabwe Association of Recording Industries (ZARI) introduced a “budget CD and DVD” (Vhori, 2012). The music industry touts the product’s authenticity and high quality for the same price of the pirated products, which are of variable quality. When it comes to distribution, ZARI contends the budget CDs and DVDs will be available to all music retailers and market traders, as well as main Zimpost offices. However, Gondo (2012) argues that while these outlets certainly make sense, they are not sufficient because the pervasiveness of pirated CD/DVD vendors on every pavement and intersection surely is far more convenient for consumers. ZARI is essentially trying to replace the pirate. As great as this move to embrace digital is, it will not solve the revenue loss from CD/DVDs. Historically, the prices of original CDs have been much higher than the standard $1/unit pirate price.

The migration to a standard/fixed price model in the music business is not unique to Zimbabwe. It is also found in East Africa, the United Kingdom and the USA. Apple pioneered the model through its iTunes store. iTunes introduced a 99c/song price for any and every song in its store. Gondo (2012) contends that though this price was agreed to by the music industry (basically the major US labels: Warner Music, Universal, Sony and EMI), it represented more of a ceasefire than a truce in the digital music wars.

Looking ahead, one can safely say that performing, touring, merchandising, sponsorship, royalties and other commercial tie-ins are the new reality in the music business. The heavy reliance on recorded music through CD sales is over.