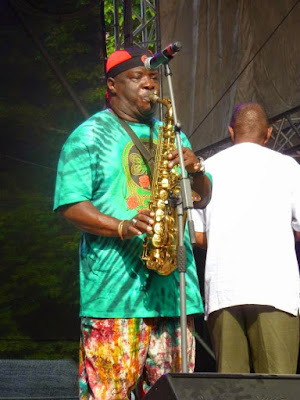 AS a young boy growing up in Kigoma Region, he looked up to Verkys Kiamangwana Mateta, one of the most influential figures in the history of Congolese music.

He idolized the Congolese music maestro, who developed his own honking, gut-bucket style of saxophone playing, which characterized most of the exciting music of the 1960s and 1970s.

Bombenga has featured for a number of bands, but scores of music fans still associate him with Dar International band, one of the groups that took the Tanzanian music scene by storm in the early 1980s After doing rounds in many other groups, including Kilimanjaro band, the multi-talented musician decided to form his own group, African Beats band.

That is Mafumu Bilali Bombenga for you. 'Super Sax', as he is fondly referred to by his adoring fans, is one of only a handful of local musicians who have managed to emblazon Tanzania's name in the world of music.