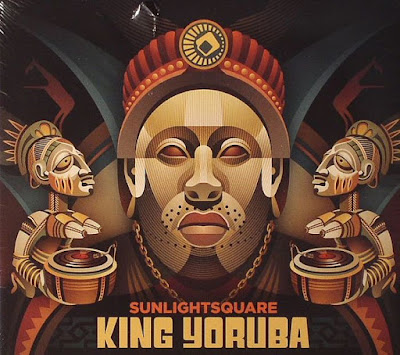 The eagerly awaited Sunlightsquare album 'King Yoruba' is finally here. And it's well worth the wait.
The rule-breaker, tastemaker and trendsetter Claudio Passavanti (the mastermind behind Sunlightsquare) is back, with his usual style, panache and grace.

Recorded in both Havana and London, 'King Yoruba' features the sophisticated and unique vocal styling of Cuban Javier Valera on the fantastic 'Afro Boogie Super Hombre'.

The album's HUGE and exciting brass intricacies are coupled with skilful percussion and the production values that you have come to expect from Sunlightsquare. You will also find a couple of Sunlightsquare reworks of classic songs. You know the ones, the ones you should NEVER cover.

Yet, once again Claudio Passavanti has completely rewritten the rulebook and reworked the Earth, Wind & Fire classic 'Fantasy'. Fantastically produced with amazing and exciting breakdowns that even Earth, Wind & Fire would be proud of. 'Fantasy' features vocals from London Soul and RnB vocalist Kevin Mark Trail and Cuban Toni Rodriguez.

You will have also heard 'Breakin' Down (Sugar Samba) - Dale Ma!' A Latin infused Sunlightsquare rework of the Julia & Company song from 1983, which features voice of Rene Alvarez and could be heard everywhere this year in the Nick Frost and Chris O'Dowd movie 'Cuban Fury'.

This is not the first time Sunlightsquare have broken all rules, and it will not be the last. In March 2010, Sunlightsquare released the highly successful and critically acclaimed Jackson Sisters cover version of 'I Believe In Miracles' and turned it on its head. Therefore fans know what to expect from Signor Passavanti.

Look out for 'Caleidoscopico' too. The fusion of horns, flute, percussion, 70s funk and jazz is sublime.

The Latin-American and Afro-Caribbean influences are here for all to see and experience, a truly eclectic venture 'King Yoruba' will take you to places you never thought possible. 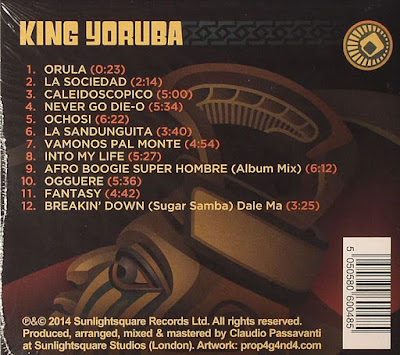