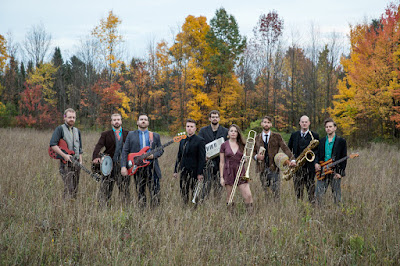 “BMSM might be one of my favorite bands on the planet. With a horn section to kill for, a drummer that can put me in a beat coma instantly, and a knack for hitting grooves in a pantsless stride, they aren't easy to ignore,” -Joel Frieders, SYFFAL.com

For a band with no lead singer, Big Mean Sound Machine has character in spades. When assembled from a selection of the finest, well-lubricated, musically brilliant components, the resulting machine is the sonic equivalent of a positive feeling. “The embodiment of feeling… delicious,” writes Frieders. People dance when a rhythm moves them, and there’s no defying instinct when Big Mean Sound Machine is on stage. Anyone who has experienced the band in action knows that their performances are the heaviest and sweatiest. “Incorporating Caribbean, African and Latin sounds, and everything in between, these musicians sound as though they’ve been playing together since the sandbox days. They transition effortlessly from a collective... to riveting soloists, and when [they’re] not playing simultaneously, those... stepping aside are jamming out as if they were in the crowd with the rest of us,” writes Mary Mistretta of UpstateLIVE. A polyrhythmic monster with a crisp, constant, unrelenting groove, the band brings together many musical traditions in a unique blend that reinterprets and reanimates live dance music unlike any other band playing today.

Their fourth studio album, "Runnin' for the Ghost" captures the essence of the band’s renowned energetic and transcendent live shows into a concise, portable experience wherever it may be desired -- in the car, at home, work, or in the club. After over seven years of rigorous touring and three acclaimed, full-length studio albums, Big Mean Sound Machine is proud to present a rich sonic journey through their freshest material, their self-stated, "best album to date." With this record, the band hopes to continue building on the success of their previous releases and with your contribution, this world-class album can achieve the exposure it truly deserves. 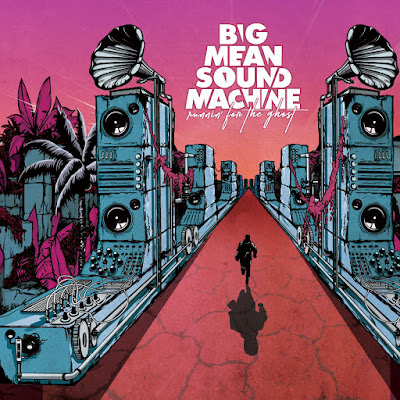