The Original Sound Of Mali 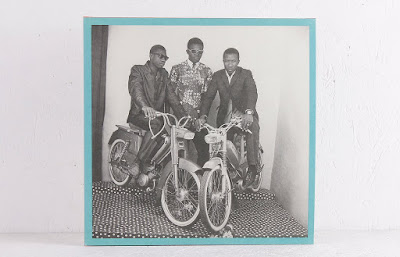 ‘The Original Sound of Mali’ compiled by Vik Sohonie and David Buttle. As featured as 'Compilation of the Week' on Lauren Laverne's BBC 6Music show.


Malian music is arguably deeper, more sophisticated and lyrical than any other form of African music. Those of us deeply entranced by Malian culture, and, in particular, the immense hypnotic beauty of Malian music, have put together a selection of songs from across the country.

Mr Bongo is proud to present 'The Original Sound of Mali', compiled by Vik Sohonie & David Buttle.
Malian music is arguably deeper, more sophisticated and lyrical than any other form of African music. Those of us deeply entranced by Malian culture, and, in particular, the immense hypnotic beauty of Malian music, have put together a selection of songs from across the country.

Compiled by Vik Sohonie & Dave 'Mr Bongo' Buttle, the story of this release began in 2015 when Dave happened upon the Soul Bonanza blog. A treasure chest of rare finds from around the world! One mix in particular stood out and totally enthralled Dave - le monde à change: a tribute to mali 1970 - 1991. He already knew of Malian legends such as the Rail Band, Salif Keita, & Les Ambassadeurs du Motel de Bamako, but this mix was something else! Deep & culled from the collections of some of the heaviest African music collectors in the world, legends like Vik Sohonie, Hidehito Morimoto, Philippe Noel, Gregoire Villanova, and Rickard Masip. Dave immediately contacted Vik and a journey of discovery tracking down the rights-holders began. He also turned to the font of Malian music knowledge, Florent Mazzoleni. Florent has written the definitive book about Malian music - 'Musiques modernes et traditionnelles du Mali'. He proposed some incredible tracks to include and provided the back bone of the sleeve notes and photos that are used in the album. No Malian album would be complete without a striking front cover photo, and ours is sourced from the late great Malian photographer Malick Sidibé.

On this album you will find well-known artists sitting next to rarer discoveries. The Rail Band, who are one of the best known of all the big bands in Mali, gave us the stars Mory Kanté and Salif Keita. Les Amabassedeurs du Motel de Bamako were another big act that had Idrissa Soumaoro, Kanté Manfila, and for a while Salif Keita in their ranks. Sometimes Salif would play in both bands in one night, quite a feat considering the bands were fierce rivals. As an albino Salif has had to face considerable prejudice from society, focussing on his musical career to help overcome this.

A major discovery on the album has been Idrissa Soumaoro et L'Eclipse de L'Ija. L'Eclipse de l'Institut des Jeunes Aveugles was a Blind teenagers institute and their record was produced by the German association that took care of blind Malian teenagers in Bamako. It was never properly released commercially and was the first recordings by the legends of Malian music Idrissa Soumaoro, Amadou Bagayoko and Mariam Doumbia. Amadou & Mariam later got married and became household stars, including making an album with Manu Chao.

This album is a concerted global effort to showcase the most vital cornerstone of Malian culture in an attempt to preserve its reputation in the face of its current, grim reality. We hope our highlights of Mali's rich history of musical innovation will serve as a starting point for reclaiming an image tainted by unnecessary conflict. May peace and music return to Mali soon. Dedicated to Malick Sidibé. 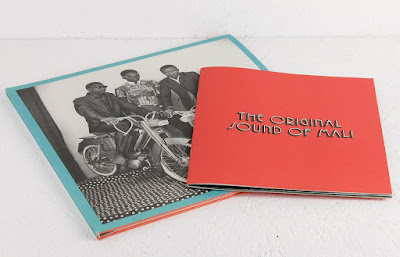 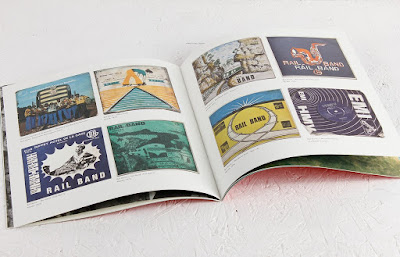