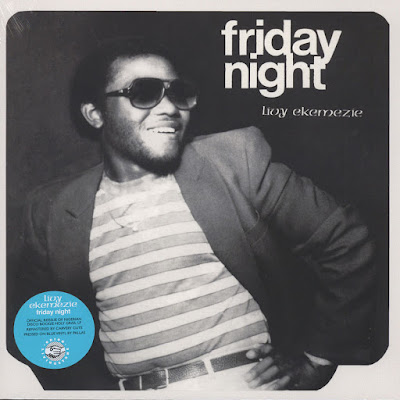 Here it is.., a reissue treatment for one of the most sought after Nigerian boogie albums. So groovy.., so good.. Afro-boogie lovers, you just got served! TIPPP!

Some words from Livy:

“I was just out of senior secondary school and I wanted to make an album,” recalls Ekemezie. “I was into disco and funk at the time and I was looking for a bassdriven funky sound. The entire idea was to make an album that sounded like something made in London or the U.S. I tried to sound “American” but we ended up with something else: a mix of American and Nigerian.” ‘Friday Night’ was recorded at Goddy Oku’s Godiac 24-track recording studio in Enugu, one of the best studios available in Nigeria at the time. “It took about 9 months to a year to make the album,” continues Ekemezie. “I financed it by myself so I had to resort to friends helping out with loans for session men and studio time. The original LP was released on blue vinyl and that idea came from William Onyeabor. We used his pressing plant and he sold the idea to me. It was different so I said ‘why not?’” The LP has been picked up by many in recent months as the demand for Nigerian disco originals has grown with the track ‘Delectation’ receiving an unofficial edit and DJs like Motor City Ensemble dropping the album into their sets. This first ever reissue of the LP remains faithful to the original issue, remastered and pressed on blue vinyl. It features full original artwork along with new interviews with Livy Ekemezie and contributing musician Jules Elong by Odion Livingstone’s Temi Kogbe. 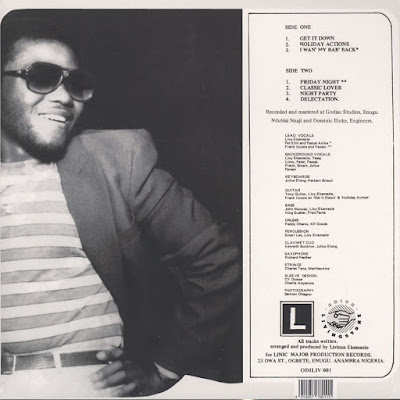