The unstoppable renaissance of Afrobeat 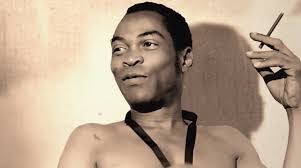 He was pastor's son, polygamist, pothead and the inventor of a novel style of music: with his Afrobeat Fela Kuti reconciled Africa and the West - at least on the dance floor. A tribute.

He would never die, said Fela Kuti. He had his middle name Ransome, a slave name, exchanged for Anikulapo, and this name means that he carries the death in his bag, so he could not harm him. When Fela Kuti died on August 3, 1997, at the age of 58, of AIDS, he was actually far more alive than in previous years. More than a million people populated the streets when his body was laid out in the Lagos stadium. No one went to work for two days, and for once there were hardly any crimes. Even the gangsters and petty criminals who loved Fela Kuti so much should all have been busy dealing with their grief.

There was the loss of a great musician, composer and rebel. In the early 1970s, Kuti invented Afrobeat, a synthesis of highlife, jazz and funk, and released more than 50 albums during his career. He headed two of the most influential bands in African pop music with Africa '70 and Egypt '80; He maintained a community in the middle of Lagos for his musicians, the family and all who wanted to be there, a commune he called the Kalakuta Republic and declared it an autonomous state territory.The amazing thing is that his fame has continued to grow steadily ever since. Jay-Z and Will Smith have produced this with a number of Tony's excellent Broadway musical "Fela!". Last year saw the wonderful documentary "Finding Fela!" By Academy Award winner Alex Gibney. And the New York label Knitting Factory makes Kutis music accessible again in all dosage forms. Questlove of the Roots, Ginger Baker and most recently Brian Eno have curated magnificent vinyl boxes. The label is currently releasing Fela Kuti's albums as new prints, also on vinyl.

He was Nigeria's public enemy number one and has been arrested more than a hundred times. After releasing his hit "Zombie" in 1976, which was not friendly with the military dictatorship, a thousand soldiers stormed Kalakuta, threw his old mother out of the first-floor window and set fire to the buildings.

Months later, when the mother died as a result of her injuries, he carried her coffin to the official residence of Nigerian President Olusegun Obasanjo and released the album "Coffin For Head Of State." But Kuti was also an avid stoner, smoking nonstop bags of gigantic proportions, as well as a zealous polygamist who married 27 women in a ceremony in 1978, which is said to have earned him a temporary entry in the Guinness Book of Records.

You could think of Fela Kuti as a particularly peculiar mix of Duke Ellington, James Brown, Bob Marley, Nelson Mandela, and Hugh Hefner, and would not even half-do it justice.

The legend of Lagos

Kuti is born on October 15, 1938 as Olufela Olusun Oludotun Ransome-Kuti in Abeokuta as the fourth of five children of a Nigerian middle-class family. His father Israel Oludotun Ransome-Kuti is a Protestant pastor, his mother Funmilayo a well-known political activist, winner of the International Lenin Peace Prize and first woman of Nigeria with a driver's license.

At 19 Kuti is sent to London to study medicine or law, but ends up at the conservatory and studies composition, trumpet and piano. When searching for accommodation, he experiences racism ("no blacks, no dogs"), gets to know the music of Miles Davis and Dizzy Gillespie, founds his first band with the Koola Lobitos. In 1963 he returns to Lagos, but the high-life jazz of his Koola Lobitos does not really want to ignite the audience there, because jazz takes the high life momentum and people want to dance above all else. The necessary inspiration comes in the form of the records of James Brown, but only a ten-month trip with the entire band to America completes the music of Fela Kuti.


Because his new girlfriend, Black Panther activist Sandra Smith, introduces him to the writings of Malcolm X and Eldridge Cleaver, Kuti begins to develop African consciousness beyond Africa, and uploads his pieces with political content. As Smith, who now calls herself Sandra Iszadore, recalled in an interview, he previously sang songs about soup, among other things. If he had continued to sing about food, his career would probably have been calmer, but great artists are not only the product of their talents, but also the product of their time - and the times were not good.

After Nigeria was released from independence in 1960 by the British Parliament, it experienced from 1966 an almost absurd sequence of military dictatorships. Constantly, new generals came to power, while the oil boom gave the country a wealth of which the people, thanks to its elite, had practically nothing. Nigeria was marked by corruption, mismanagement, poverty, and violence, and Fela Kuti felt called to take care of it.

But you can not imagine his protest songs as "Tell me where the flowers are" -song, which asks about the meaning of wars and is supported by the desire to be tolerated, please. Kuti was not an intermediary. He attacked. And so that everyone understood his concerns, he sang them in Pidgin English, which was common in the whole Anglo-African language area.

A kuti composition lasts about 18 minutes on average, but can easily be twice as long. It usually starts with a theme that is set by a few instruments, gradually adding other building blocks, with a single instrument never playing the full melody, but only a small part, resulting in the songs constantly moving but the whole thing remains in a tight rhythmic corset. The brass breaks in, the sound gets bigger, and if you think the song might be over, it's not even started yet.

At some point, half of the song is almost over, Kuti also turns on. He declares more than he sings, the chorus speaks up, there is a back and forth of voices, then again the brass, the guitars and the beat, which goes on and on. When the American singer Jim James of the band My Morning Jacket was interviewed about Kuti, he said that he always had to think about the setting of circles in this music. It turns and turns, and you do not want it to stop.

What a stage band, better than the Beatles!

The attraction of this music to other artists was enormous, especially on western ones. Almost every night Kuti played with his band Africa '70 in his nightclub "African Shrine" in Lagos and received among others James Brown. Stevie Wonder also came by and also Paul McCartney. He had fled to Lagos because he wanted to record the album "Band On The Run" with the Wings.

McCartney still remembers the evening at Shrine. In a video interview that can be seen on YouTube, he says, "It was the best live band I've ever seen." There, he also heard his favorite kuti song that he never found a recording of but he still remembers the reef. McCartney sits down at the keyboard and starts playing. It is the song "Why Black Man Dey Suffer".

Without ever having heard it since then, Paul McCartney still has it in his ear forty years later. 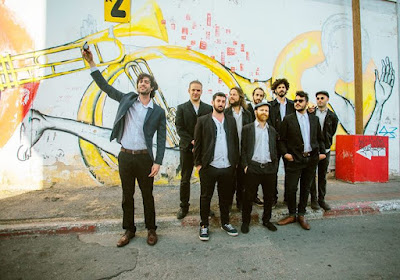 Hoodna Orchestra, also known H.A.O, is an Israeli Afrobeat band from the south part of Tel-Aviv, formed in 2013. Inspired by the humming and clanging of carpentry and metal workshops.

Originally conceived as a traditional Afrobeat group, H.A.O quickly developed a far spikier sound, often played faster and more emphatically than many of their contemporaries. They have also proven adept at broadening their sound by incorporating influences from a variety of other genres. H.A.O.’s rousing live shows quickly attracted an enthusiastic following. 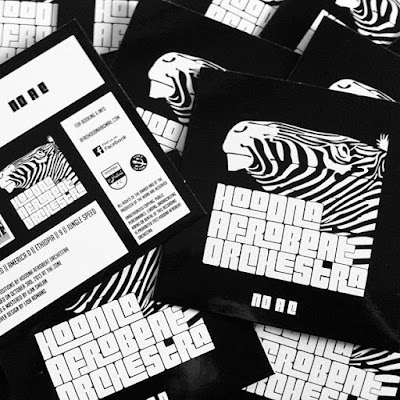