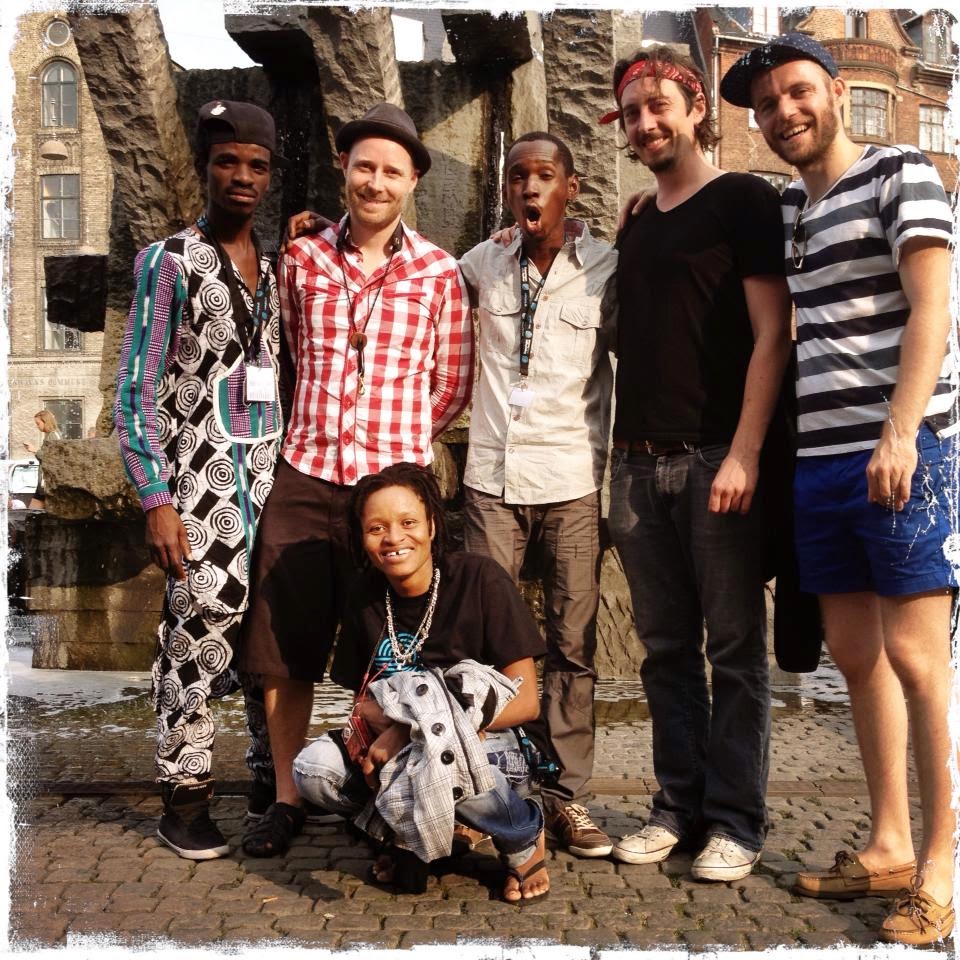 This may sound like an Afro-Orchestra, but for sure not like a sextet, which The KutiMangoes actually are! Compact arrangements with extremely blazing horns, especially from the baritone sax and the trombone. Nonetheless it is still not overwhelming, because everything is accompanied by a carefully counterbalanced easiness, beautifully recorded for the album Afro-Fire.

The KutiMangoes don't focus on being highly authentic, which might present it's difficulties, seeing as the are a union of Northern Europeans and West Africans. The sax player and band leader Michael Blicher regularly plays in a trio with the New Yorker god of groove Steve Gadd and composes for string quartets, movies and for this Band. A wonderful eclectical blend of Afro beat, Jazz, Soul and a little Blues.

This blend combines and contains the soul of Fela Kuti, the delusional arrangements from Charles Mingus (title "Moanin") and the uncompromising drive from Ornette Coleman's "Body Meta" - supported by Patrick Kabre from Burkina Faso, who adds the final dose of feeling to the beats with his voice. Three brass players, two drummers and a man at the keys skillfully switch between the instruments.


The oddly named Kuti Mangoes are a mixed race sextet operating out of Germany. Their music – led by Michael Blicher's baritone sax – is a swinging mix of jazz and afro beat, typified by the album's big opener, 'Fire'. It's totally infectious and enhanced by shouts, scat and chants from Burkina Faso vocalist Patrick Kabre. There's also a crazy trombone that has the magical timbre of the late Wayne Henderson. I defy you to keep your feet still. The tune is offered again at the end in a remix version which if anything is even more of a foot tapper. There's more heat for thee feet on 'Something Yellow' and the flute-led 'Song For Fela'.

'Feeling Good' is a great jazz groove too – but a whole lot cooler while 'Pass It On' is the set's catchiest moment, featuring an insidious little brass fill. Another highlight is a funky cover of Charles Mingus' 'Moanin' and if you're looking for a 60's style jazz ballad try 'Slowly'... totally captivating.
Throughout, it's hard to accept that the Kuti Mangoes are a six piece. Their music is so big, bold and bright you'd be forgiven for thinking that there was full afro-orchestra in the studio. If afro-centric jazz does it for you, the Mangoes deserve checking out. 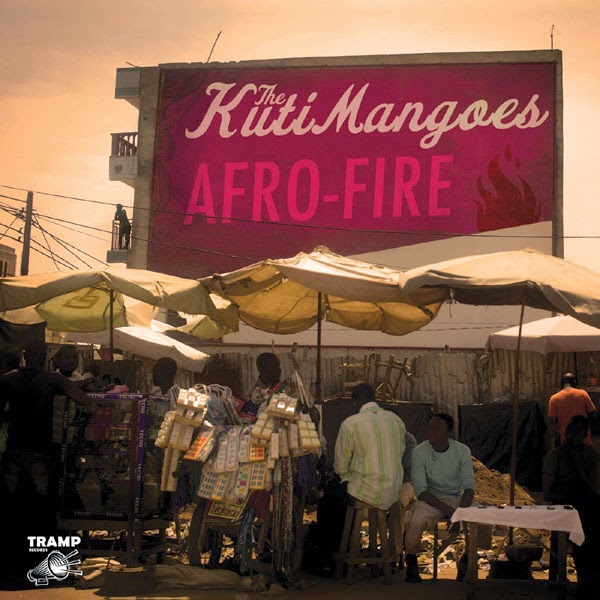