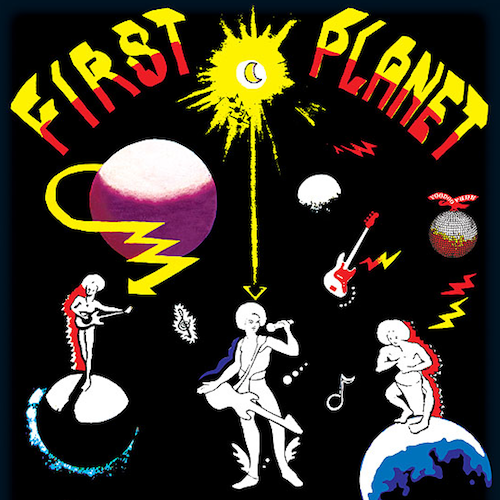 First Planet - Top Of The World
Afro-space-disco contagion — shuffling and wiggling, synthy and bubbling — from this re-incarnation of Willy Nfor’s Mighty Flames, recruited mostly from the wave of Cameroonian musicians drawn to Nigeria in the late-1970s by its heavy new funk sound. After a stint at the Right Time studio in Onitsha, the FP cadets ended up at Phonodisk in Lagos, quickly in high demand as session-players, running First Planet on the side with other Nigerian session players from the Onitsha/Awka axis. Its name was intended to evoke the cool obliqueness of US handles like Brass Construction and Lakeside, and the mothership connection of chocolate-city P-Funk. Soon Vincent Omoko and the other Planeteers would travel to Port Harcourt, working in Geraldo Pino’s band for several years.
hhv.de
Check out here!!!!