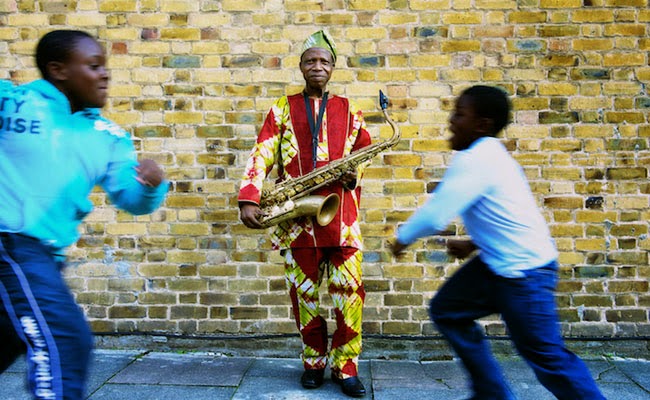 A Great Album From a Master

Orlando Julius has been making a joyful noise for a long time now, and his latest full-length, Jaiyede Afro, brings the gladdest of tidings: the man is still Afro-rocking with as much intensity and verve as ever. A contemporary of the great Fela Kuti, Orlando plows a similar furrow, with a good deal less emphasis on horns but plenty of guitars, organ, and uptempo percussion to keep things moving. Especially notable are the band’s fluid and irresistible basslines, which propels the whole band effortlessly and provides a sinewy backbone for the rest of the band to build upon. The result is a meaty, high-energy gumbo that is compulsively danceable, but also complex to immerse oneself in and simply listen to. Great for road trips too.

In case it’s not clear: Jaiyede Afro is a tremendous album.

The good times start right away, with joyous album opener “Buje Buje”. Over layers of skronking horns, sweet guitar trills and thrumming bass ‘n’ drums, Julius’s voice exhorts the listener with vocals that are passionate but never strident. The hypnotic groove rolls on, engulfing the listener, and encompassing enough shifts in dynamic and rhythm to ensure that things never grow stale despite the lengthy running time. Follow-up tune “Love Thy Neighbor” is shorter, peppier, and instrumental, but every bit as engaging. The band is masterful at establishing an irresistible groove within just a few beats, and uses a wide array of sounds both organic and electronic to snare the listener’s attention.

Julius is smart enough to allow these grooves, once established, to stretch out and breathe. The result is that many of these songs top the five-minute mark, with opener “Buje Buje” stretching past eight and epic “Be Counted” stretching well past 11. Another band might lose the plot with such extended workouts, but that is never the case here: With the rhythm section as reliable as it is, providing a rock-solid backbone that is never rigid or constricting, the rest of the instrumentalists and vocalists can soar. “Be Counted” features some freak-out sax howling and times calls to mind the more frenzied moments of the Stooges Fun House, but it never goes off the rails entirely due to the solidity of the rhythm section.

With such a consistently compelling set it’s tough to pick a standout track, but “Sangodele” might be a contender, with its reverb-heavy wah-wah guitar line and propulsive bass. Another instrumental tune, it suffers not one bit from the lack of vocals. It’s unfair to single out just one song, though, as there are so many here that are so effortless (that word again) in their elastic, booty-shaking groove. “Love Thy Neighbor” in particular benefits from some nice organ flourishes, which add a crispness and sparkle to the sonic palette, while “In the Middle” utilizes many of the same elements, with a good amount of brass introduced into the mix, allowing Julius’s always-expressive saxophone to enjoy some company.


Orlando Julius is one of the heroes of Nigerian music. A saxophonist, singer and songwriter, he began fusing African influences with American R&B and soul in the 60s, and was a major influence on Fela Kuti and Afrobeat. He's still in rousing form on this new set, recorded with London's the Heliocentrics, whose previous African excursions have included work with Mulatu Astatke. Julius is a master of the simple, stomping riff, as he proves with the opening Buje Buje, in which he hammers home a hypnotic R&B theme for more than five minutes against a wash of keyboard effects, before breaking away for a solo. Elsewhere, he moves from the funky Love Thy Neighbour to the breezy title track and to Be Counted, a rumbling, chanting Afrobeat work-out, written in the US in the 70s. I look forward to the live shows next year.


As Nigerian musicians go, Orlando Julius might not be as recognizable a name as Fela Kuti, but that has less to do with the quality of his output than the scarcity of it. He had an important hand in shaping the emerging fusion of Nigerian highlife and American R&B in the mid ’60s, followed by an unofficial status as an ambassador of that sound — now called Afrobeat — during an extended American tenure in ’70s. But the sax maestro and bandleader put out only a handful of albums that made it to international collectors’ circles, and left many of his rousing live-show standards unrecorded.

Thankfully Jaiyede Afro, Julius’s teamup with Malcolm Catto’s super-session psych-soul-funk-jazz group the Heliocentrics, does more than its share to make up for that. It stirs up long-brewing sounds from its deep-grooved yet soothing title cut — developed out of childhood memories of music his mother would play — to the resoundingly funky 11-minute vamp “Be Counted,” an Africa-to-America black pride anthem that still inspires long after its writing in 1976. Following their gigs backing up Ethio-jazz forefather Mulatu Astatke and scholar of Middle Eastern music Lloyd Miller, the Heliocentrics’ analog-studio sound stays faithful to Julius’s vintage Afrobeat precedent. They keep their wigged-out psychedelic tendencies in the margins, opting to stay smoothly in a pocket of James Brown/Africa 70 steadiness — though closer “Alafia” gives Julius’s exclamatory sax a welcome shot at careening through space. It’s not just a good (re)introduction to an underrated pioneer, but a fine recreation of everything that made his earlier, scarcer recordings so worth seeking out. 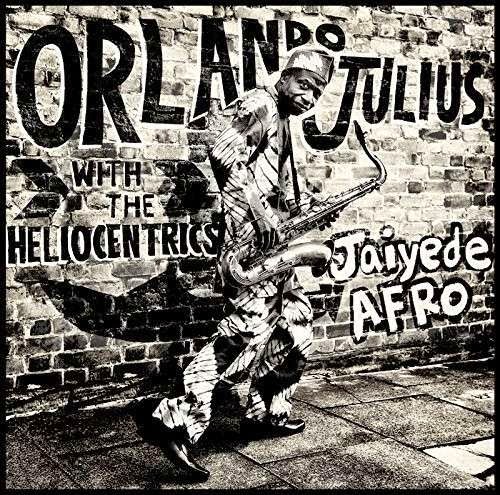 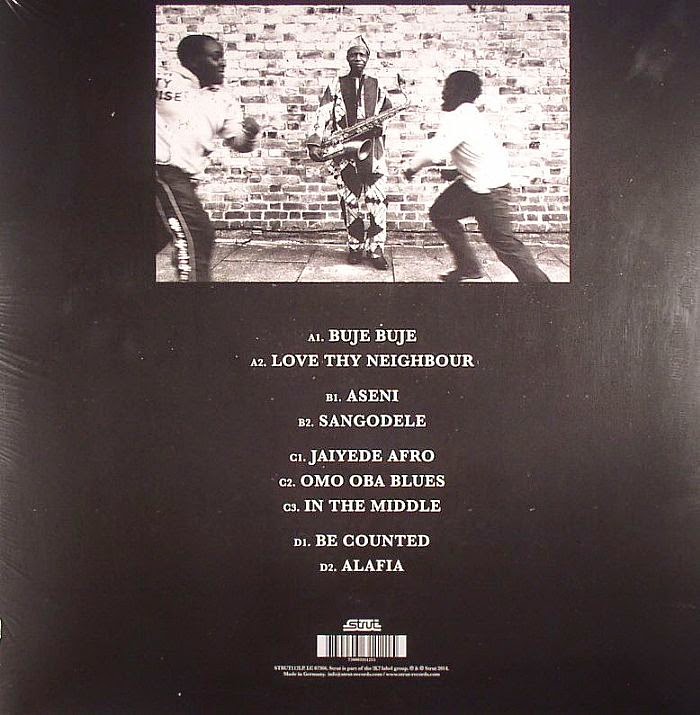