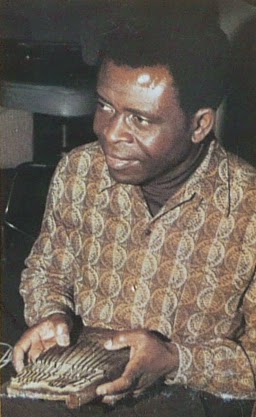 Born Bad Records present 'Psychedelic Sanza 1982-1984', a thrilling collection of material from Cameroonian artist Francis Bebey. A follow-up to 'African Electronic Music 1975 - 1982', this release focuses on music built around the sansa, a traditional African 'thump piano'. Combining his own global interests and electronic pursuits with the traditional sound of the sansa, he fashions an irresistible body of work for full immersion. 'Sanza Tristesse', with its lilting tempo and creaking vocals, could fit in any 80s disco set, while 'Forest Nativity' is an earthy nature walk. This collection is not to be missed.

The first time I saw a sansa (a type of African “thumb piano”), it was just sitting there on a piece of furniture in my family’s living room/dining room – a space that our father also transformed into a recording studio every day. It seemed more like a box than a musical instrument: a mysterious instrument, which arrived at our house, like many things, in a somewhat miraculous way. We knew our father loved to collect anything that could produce a sound. I don’t know where he got this sansa. It was rather crude, clearly handmade, with only a few “keys” or “tines”. I don’t think he really played this one. The sounds it produced seemed particularly bizarre; to my young musician’s ears, trained in Western classical music, it sounded out of tune. That’s because, like my brothers and sisters, I had been trained on the piano. I had trouble understanding how anyone could endure these tones and, honestly, our father’s passion for “unusual sounds” did not interest me.

I was in secondary school at the time (the very late 1970s) and was not at all oriented toward musical projects. I planned to graduate, and then become a chef. In the early 1980s, my interest in music picked up. I was still undecided about my career. I was content to pursue my “serious” English studies while hanging out at jazz clubs at les Halles in Paris, where I sometimes joined jam sessions. Next, I put together my first band with professional musicians; I had hidden my age and lack of experience from them. France was just beginning to accept “world music.” Musicians of every nationality were performing in Paris. It was a wonderful period. My father asked my brother Toups and me to accompany him for a few concerts. In particular, we toured Tunisia together at the time of the 1983 Carthage International Festival. Back then, my father was renowned across the French-speaking world. Everyone looked forward to hearing his humorous songs, like “Agatha” and “La condition masculine.” But, behind the scenes, he continued his research concerning electronic music, the sansa, pygmy polyphony, etc.

One day he put a sansa in my hands, without saying a word. He was sending me a message: “Let’s see what you can do with it!” That’s when I really discovered something. Exploring the instrument and playing, I transcended the “imperfect” aspect of its sound and began to discover its fascinating potential. Playing the sansa, you enter a world that enraptures you in a very serene and mesmerizing way. I think its sounds evoke a rainbow, with rain falling while the sun shines. A very peaceful feeling. It allows you to make music that truly sounds like life. The sansa is also the instrument that my father and I shared the most because I am a pianist and he was a guitarist. I also share this eminently African instrument with my musician brother, Toups. Our father loved to tell us one of the legends of the sansa: how it even managed to dispel the boredom felt by… the Creator himself! This instrument gives life to the world, to beings and things.

I did not participate in the production of the various records that my father devoted to the sansa. He did it himself, you might say, in his “laboratory.” Yet today, I cannot imagine playing a concert without using a sansa. The piano remains present so that listeners don’t become disoriented and wonder about the weird sounds invading their ears! However, I find the eccentric and disturbing side of sansa interesting. And the sansa always affects the audience: in reality, it excites them. The secrets of this instrument are surely its beneficial powers and… its magic! 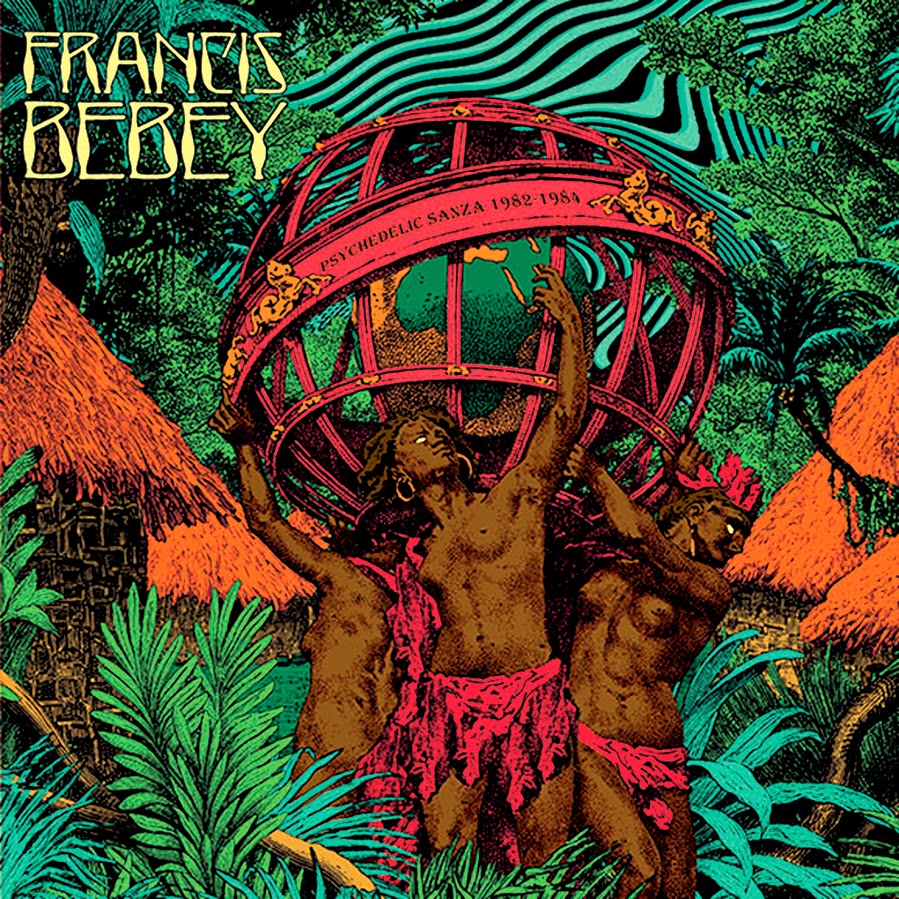