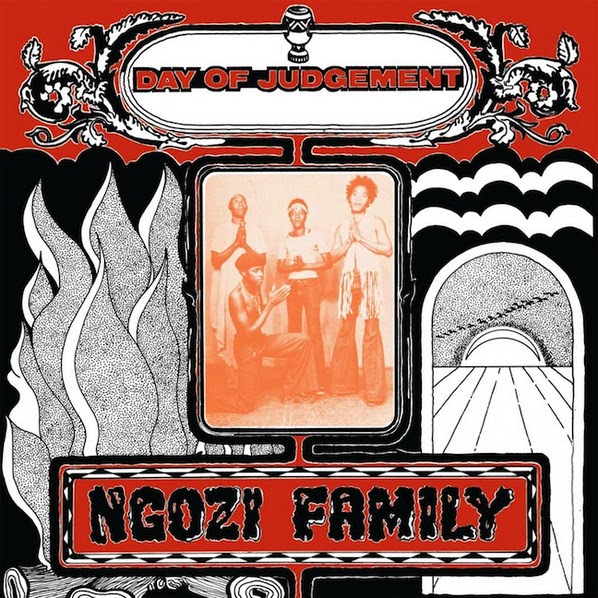 We’ve been talking about an anthology centered around Zambian guitarist/vocalist Paul Ngozi for a while now. And – while we’re not there just yet, we’re announcing the issue of his masterwork. His debut album – issued under the name Ngozi Family – is important record: not just in the Zamrock genre, but in the global rock canon. Day of Judgement is an introduction to the most intense, raw and inimitable golden era Zamrock recorded, as it paved the way for a dozen Paul Ngozi and Ngozi Family releases (the most famous being drummer Chrissy Zebby Tembo’s My Ancestors) that straddled the line between funk and punk, of driving hard rock and Zambian folk melodies and rhythms.

Day of Judgement was released in 1976, the same year as other, now famous, Zamrock albums, from WITCH’s Lazy Bones!! to Rikki Ililonga’s Zambia to Musi-O-Tunya’s Give Love To Your Children, all reissued on Now-Again. But Day of Judgement sounds like none of its counterparts. Part of that stems from its frenzied primitivism, the Ngozi Family’s attempt to overcome a lack of musical acumen with sheer force of will.

That will allowed Paul Ngozi to overcome a humble upbringing to become the most unlikely combination: Zamrock’s most beloved star in its brief but now-well chronicled arc; the only musician to maintain his fame and recording prowess in the dark ages of the ’80s; an inspiration to not only aging but young Zambians — and now others, beyond Zambia’s borders.

But one cannot imagine Paul Ngozi without this album, a full-on aural assault that sounds as wild nearly forty years after its release as it must have sounded in the developing Zamrock landscape from which it emerged. We listen to this anachronistic yet prescient album now as a wholly original, completely unpredictable album in line with those from mavericks from across the world – from the Ramones to the Sex Pistols to Death. And, though it’s been over two decades since Paul Ngozi’s passing, his voice and vision still seem exciting, powerful, unique, unvarnished, new.

Day of Judgement will see release as a hardbound casebook CD and in LP form. A limited deluxe edition of the LP will contain a bonus disc which collects four songs from rare Ngozi Family 7″ singles, issued contemporaneously with Day of Judgement.

Paul Nyirongo alias “Ngozi” was born in Lundazi, Eastern Province Zambia 26 years ago. He made his musical debut in 1970, with the “Scorpions” and later the “3 Years Before”, a group playing in Livingstone.


After 1½ years in Livingstone, the group moved to Kabwe where they performed for two years. During the Kabwe era the group faced some hardships which led to its disbanding in 1974.

In 1975, Paul, nicknamed “Ngozi” (which simply means “Danger”) by his fans for wild stage gimmicks with his guitar, joined the “Crossbones” of Lusaka. Two months later, he left the “Crossbones” after catching the keen eye of Brian Chengala, Drummer of the “MOSI-O-TUNYA”, a Zambian band currently based in Kenya, East Africa. The two later left Zambia and thus “Ngozi” became the lead guitarist of the Zambian musical exports, the M.O.T. He played lead and backed vocals in the famous M.O.T.’s recorded single, ‘Tshegulani’.

The wizard “Ngozi” called it quits with the M.O.T. six months later and was seen with his lovely fans in December, 1975. Now once again he has revived the “3 Years Before” and later renamed the group “Ngozi Family”. We at Z.M.P.L. wish the Ngozi Family all the best and a successful first long play. 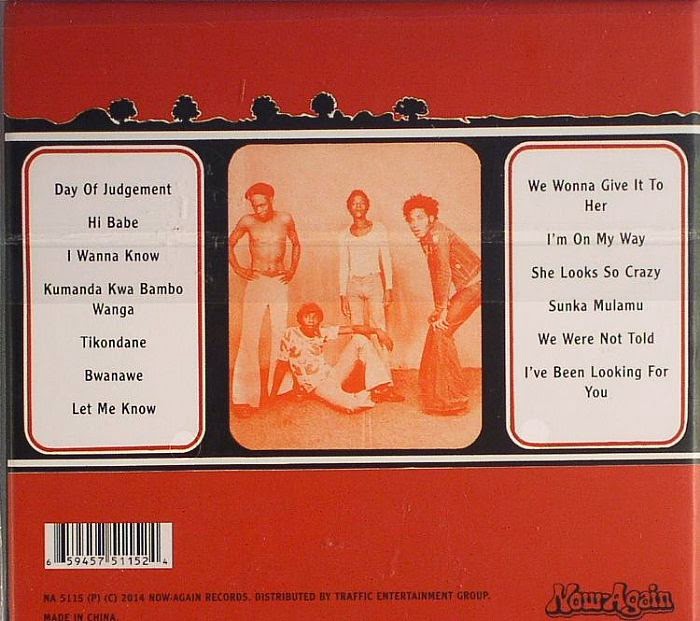