Kwela jazz is frequently quoted as the defining sound of a more innocent time in South African history. A cursory wiki provides this somewhat sterile snapshot: ‘happy, often pennywhistle-based, street music from Southern Africa with jazzy underpinnings and a distinctive, skiffle-like beat’. That’ll do as a high-level view of the music itself but can never provide the sense of sheer exuberance that the music itself resonates.


The pennywhistle, that simplest of instruments, produces a distinct warm and vibrant sound and, when relentlessly underpinned by an upbeat skifflish guitar, will forever identified with the Golden Age of South African township music. Providing an engrossing echo of a different time, Township Jive takes a snapshot of the spirit of Sophiatown, Mamelodi (which takes its name from ‘Ma Melody’) and the proto-funk rhythms which will forever be associated with a time when cars wore white sidewalls, men wore brogues and women were called cherries. This is the time of the film ‘African Jim’ (otherwise known as ‘Jim Comes To Joburg’) and the louche jazz scene which made the many names that feature on this compilation, among them Miriam Makeba, Spokes Mashiyane and Lulu Sibeko. Resuscitated by the blog Soul Safari and distributed by Rush Hour Distribution, these gems produce a direct line to jazz-hands-in-the-air moments of naked enjoyment. This is the jive that set the night alight, before the raw dawn on Sharpeville cast a pale light that threw dark shadows.

Featuring a strong showing from the stand-out stars of the kwela scene during its seminal years of 1940 to 1960, there’s an innocence and enthusiasm in the music on this compilation which belies its age: this is pre-Sharpeville material, from an era before forced removals, when smoking was de rigueur, 78s played on platters and bobbysox graced every well-turned ankle if a girl wanted to stand any chance of being feted by a beau. It’s raw, it’s funky, it’s highly infectious and it’s entirely impossible to ignore as a sample of a more beautiful space in time. Selected from the International Library of African Music in Grahamstown, this is as authentic a sample as you can get, with all the tracks having been remastered. If there was ever a definitive sampler of this genre, this is it. Hats off to the Soul Safari blog for playing their part in putting the spotlight on these gems! 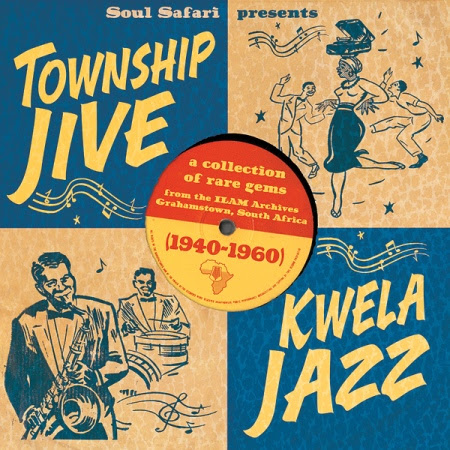