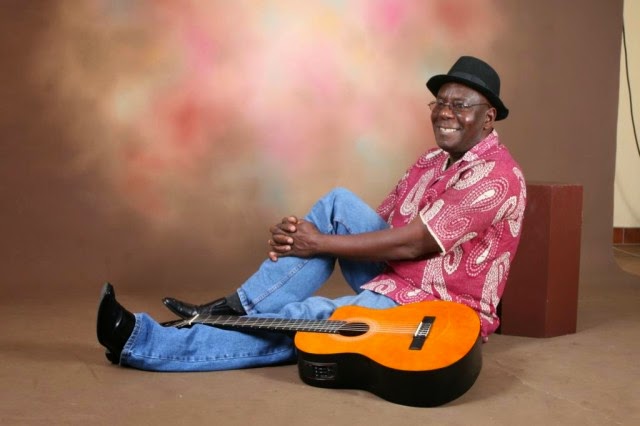 
He is among few important surviving Zamrockers from the most creative period in the history of Zambian music- the Zamrock era.

That is Stanford Tembo, the former front man of Mukusi band, an important Zamrock band that despite not recording any songs at the peak of its popularity helped to shape the Zamrock era that lasted from 1974-1979 before being driven into oblivion by the emergence of Disco.

Tembo, who is now in his mid 60’s, recounted the genesis of Mukusi relishing the old good days when the band played at Barn Motel attracting scores of patrons.

“The name symbolically meant we were strong since we played hard rock. We lived up to the band’s name by not disappointing our audience,” the stocky musician said.

Owned by the former Finance Minister Arthur Wina, Mukusi signed a six months contract to play at Barn Motel, then run by Mr Wina, though it played in other popular joints of the day like Lido Drive Inn.

Since Mukusi never recorded any song at its peak, Tembo, who was also the band’s sole songwriter, has added Mukusi classics like Mboto, Katyetye, Elina and Tiyende Pamodzi on the album Katyetye.
Tembo started his musical career in 1969 when he joined his first professional band called Suzie Q jamming with his colleagues at Waddington centre in Kabwata-Lusaka.

The rock era spawned local bands like the Witch, Tinkles and the Rave Five, which went through several names like the End, Macbeth and Aqualung.

After leaving the Gipsies, Tembo joined one of the most important Zamrock bands Mukusi formed in 1974 during the genesis of Zamrock, a term coined by Dr Mannaseh Phiri, who was and still is a prominent TV and radio personality.

Dr Phiri was an accomplished music critic who had seen Zambian music evolve from largely unfocused mimicry of foreign bands to come up with its own sound that fused rock and native music.
Mukusi, like Mosi-Oa Tunya (the best band to have come from Zambia) was birthed by Osibisa, a largely Ghanaian dominated band based in England  that took the country by storm when it visited the country challenging local bands to play African music.

Mukusi was a band to reckon with and apart from Mosi-Oa-Tunya and the Witch, it had very few rivals when it came to defining local sounds fused in with rock.

After the emergence of Disco era that was ushered in by the Bee Gees hit Saturday Night Fever with a film of the same name, the Zamrock era and generally Zambian music almost went into oblivion.
“The coming of Disco meant that many Zambian bands had either to conform or disappear into oblivion. Disco posed a big threat to both Zambian and international music,” he said.

Mukusi disbanded in 1979 but Tembo was not the type to give up music, and joined the Witch, which had incorporated new members like Patrick Mwondela, Patrick Chisembele and Masauko Mwale under a new songwriting inclusion of Shaddick Bwalya.

His first contribution to the band was a jaunty song Freedom Fighter dedicated to the freedom fighters in neigbouring Zimbabwe.  The single resonated with the nationalistic fervor that was in the air on imminent freedom in Zimbabwe and topped the chart.

The Witch arrived in Zimbabwe in April 1980, a week after the country’s independence, and became part of the ecstatic citizenry that attained freedom by the gun.

The following year saw the band release a Disco album Moving On at the prestigious Shed Studios in Harare. Tembo’s contribution to the album was Desire, which went straight to number one in Zimbabwe, and South Africa.

Tembo, however, left the band in 1982 and went to the newly-independent Zimbabwe where he joined Nissan Zimbabwe working as a technical training instructor. The company later sent him to Japan for further training.

‘When I returned, I trained artisans in Harare, Gweru, Bulawayo, Mutare and Masvingo. I never stopped playing music. I joined a band called Touch and played a lot of reggae music,’ he said.
Always on the move, Tembo left Harare in 1985 and went to Bulawayo, where he joined the National Railways of Zimbabwe as senior mechanical instructor based at the mechanical training centre.
“Again the music bug was still with me forcing me to join two bands, Magic and Unique between 1985 and 1989.”

Despite being established in Zimbabwe, Tembo left Zimbabwe for South Africa, where he joined Lindsay Sakers, a V.W and Audi dealership, working as a mechanics apprentice instructor.
“While in South Africa, I was privileged to meet the late great Zambian guitarist Bestine Mwanza, whom I teamed up with and started playing in restaurants and hotels.”

As a solo artist, he has released four albums Katyetye (2009), Tuli tubili ntu Bantu (2010), 3rd Chapter (2011) and Stanford (2012) He is now working on his fifth album to be entitled Choices.
His music is a mixture of several genres like Afro Jazz, Afro Cha Cha Cha, Afro Pop, Afro Soul and several other fusions.

“I arrange my own music which I blend with brass since I feel music without brass is incomplete. I am currently spending a lot of time in South Africa and Zimbabwe.”

Commenting on current music in Zambia, Tembo said he was happy with what young musicians are doing since they are still keeping the industry active.

However, he said he was disheartened by the reliance on the computer and non-investment in learning music to improve the skill.

“Music changes with generation. The young musicians should be commended for playing and releasing new material. The only problem is failure to play instruments and learning how music works. Overall, I admire what the musicians are doing.’

He said the Zamrock era was the best thing to happen to Zambian music since all bands played something different from other groups, which wasn’t the case now when most groups are playing the same music.

“The music being produced now sounds the same. When you hear one musician, you have heard others who play and sound the same. In the past it wasn’t the case. We knew the sound of the Witch, Keith Mlevu, Tinkles and other bands who played then.”

A father of five children Kelvin, Zinwazi, Caroline, Christopher (named after his best friend Chris Mbewe, the lead guitarist for the Witch) and Rudo, Tembo is a widower who lost his wife Christine Mwitwa Mbunda Tembo in May 2005. He has a song dedicated to his wife on his Katyetye album.
As listeners continue to be flooded with one-week bubblegum hit wonders, Zambian music lovers should sample some of Zamrock hits of yesteryears to realise what their missing.