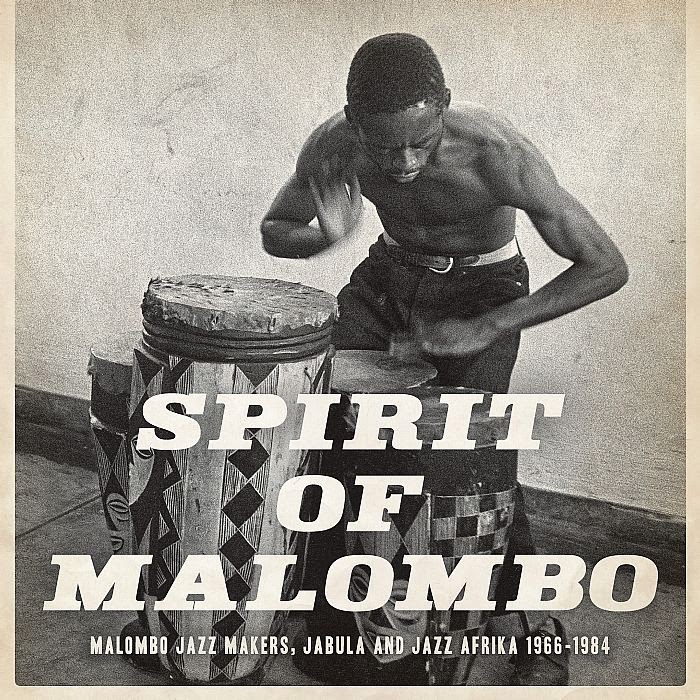 
Essentially the broad history of Malombo can be broken up into two separate groups that often used the same name for different recordings by each group. Though starting as a single group, the two threads soon split apart, one wing with Philip Tabane, the other with Abbey Cindi and Julian Bahula. To unpack this history I have put together two discographies, one for Philip Tabane, the other for Julian Bahula. Though many others were involved, Tabane and Bahula are the two members of the original group that seemed to continue separately each thread of Malombo music. (Cindi and Lucky Ranku, of course, played major roles in what I am loosely calling the "Bahula" thread.) Today's post focuses on "Philip Tabane and Malombo". The "Julian Bahula and Malombo" discography can be viewed here.

Some of these albums as well as their re-issues have fetched amazing prices on auction at eBay and so I have put together a discography that attempts, at least in part, to identify the many different issues. If you have an album or an issue not featured in this list please let us know and we can add it to the discography.

Yvonne Huskisson in her Bantu Composers of Southern Africa has Abbey Cindi and Philip Tabane forming a group called the Lullaby-Landers in 1961 or 1963, depending on which entry you read. In 1963 the group changed their name to the Malombo Jazz Men which included Julian Bahula on a set of "African drums". He had originally come from the Vlakfontein City Council Band. As Huskisson puts it, Malombo's aim was "to produce a new sound in Jazz by introducing African drums and African drum beats and an African traditional sound into a Progressive-Jazz trio." The group was hugely successful, winning a number of competitions most notably the 1964 Castle Lager Jazz Festival at Orlando Stadium. The trio made their first recordings with "Radio Bantu" that same year and soon a debut, studio LP—Castle Lager Jazz Festival 1964—was issued by EMI. The B-side of the album also included the Early Mabuza Quartet.

This classic record featured the original line-up of the Malombo Jazz Men (sometimes Jazzmen) with Philip Tabane on guitar, Abbey Cindi on flute and Julian Bahula on the "Malombo drums". The group would soon split somewhere around 1966.

After the break-up, Tabane began working with Gabriel 'Mabi' Thobejane and continued recording under the name Malombo Jazzmen and then later simplified it to just Malombo. In 1978 Oupa Monareng took over the Malombo drums with Fish Phale on percussion. And then around the mid to late 1980s, Raymond Motau assumed percussion.

Bongani Madondo books an hour with the Ancestral-Jazz-Rock god's ultimate recluse. And two weeks later he's not left the house. They're still talking, even as you read.


Half a century after Philip Tabane and his band of fledgling wizards took South Africa by storm with their Kwela-Avant-Blues record, "Foolish Fly" – influencing every other local style from Blues to Black Consciousness Punks – Tabane finds himself the Last Pirate rowing. Bongani Madondo books an hour with the Ancestral-Jazz-Rock god's ultimate recluse. And two weeks later he's not left the house. They're still talking, even as you read...

Spring 2002: Three Blues Brothers – Arabi Mucheke, manager (and "godsent" as the artist would later put it) of Phillip Tabane, and his two protégés, Andile Dlamini, and yours truly (well, what do you know? - yours truly).

With their rucksacks, CDs, a variety of African locks – we used to say then, "call me 'dread' and I'll be dreadful to you" – and ebullient spirits, the three bohos from Jo'burg packed into a tiny, Battle- for-Iwo Jima-like mini-Jeep (a mini-Humvee, in fact), which belonged to the fastest-talking and funkiest of the three – Dlamini, a.k.a. "Magengx" – and hit the road.

We are driving almost seven hours to the University of Venda, in the former Venda homeland, where Cyril Ramaphosa is the Chancellor, and this afternoon our friend, elder and object of endless intellectual intrigue, Philip "Malombo" Tabane, will be conferred an honorary PhD in Music and Cultural Anthropology by the university, a move engineered by the hip musician , musicologist and general human encyclopaedia of the international Black Music imaginary, Sello Galane.

The Jeep roars, flies, threatens, huffs and puffs as it speeds down the notorious N1 Highway to Limpopo. Inside, we are grooving to some maskandi and reggae, a family band called either Morgan Heritage or Garnett Silk, but don't be fooled. Other than Mucheke, we are not real Rastas, and yet we skank our heads and feel irie. Still, we don't reach the place. This thing's speed is just over 100km/h.

When we eventually arrive, we are three hours late and the man we are there to support is now no longer just a mere friend, but a Doctor of The Arts in, what's it again? Yeah, that too. The function is over and we quickly head to a recreation park in Polokwane where our guy is supposed to playing, but we don't see him. He must be with the "other Doctors" we quip, and we head off to order ciders and join the general merriment around there.

We come back without seeing him. And I would not see him for another seven years. The next time I see him is at a memorial service for Mucheke, who has managed the good old "Doctor" for 10 years now and they are both not rich, at least not in the monetary sense. Mucheke has managed to take him all over the world, including the famed New Orleans Jazz Festival, where Tabane was once again honoured; this time around he was given the "Freedom of The City of New Orleans", one of the homes of zydeco, cajun, swampy jazz, mardi gras, funk music and, also, Mac Rebennack, better know as Dr John.

Today, we are here to bid bye to our brother Mucheke, and Dr Malombo is not feeling well. He would go on not feeling well, four years since the untimely departure of his manager and "brother", or, as he once told me, "The angel in my life."

At his peak, he's blessed the music-loving public – and now especially the vinyl crate-diggers – with South African classics such as Pele Pele, unh! (pronounced "ngg!"), Silent Beauty, Sangoma, The Indigenous Afro-Jazz Sounds of Philip Tabane and his Malombo Jazzman (sic), and Ke A Bereka among others, for international labels such as Elektra and Nonesuch.

A consummate composer, he has contributed to soundtracks of films including the hit television drama, Muhvango, and the iconic 1969 film by his friend, Nana Mohomo. And for all that, all he's got to show for his life is an old (seventh year) SAMA for "Ke A Bereka"(Best Single") and a SAMA Lifetime Achievement Award.

This is the man who remains an object of ceaseless fascination for hipsters, rockers and futurists, from the Blk Jks to house DJs and just about everyone who consider themselves leftfield.

Also, this is a man you are most likely to find sitting alone on his stoep in Mamelodi ... most of the time he's spending awake.

Even during Mucheke's time, the man was famously notorious for his reticence. The number of media interviews he has done since the turn of the last decade, going back to 2000, can be counted on one hand – precisely the reason why Lucas "Styles" Ledwaba, the author of the long-awaited, work-in-progress biography, With Strings Attached: The Life & Music of Philip Tabane, says: "I don't even know if it will ever happen. I am dealing with an absentee landlord, so I can't pay my rent." He mocks – half-joking, half-serious – whenever he's queried about the book.

Since Mucheke died, part of the spirit of "Dr Malombo" went with him. Gigs have dwindled to a trickle and although his son and direct heir to the ancestral Malombo music gift, Thabang Tabane, does his best to take care of his old, sometimes ailing 79-year-ol'-man's affairs, no one has ever managed to keep this guitar god's spirits as high as Mucheke was able to.

Nobody, but nobody – not even the two dangerously brilliant Zulu maestros, the late Mfaz' Omnyama and the late Sandile Shange, not even Shukela, Nothembi, Dan Patlanksy, or the closest competition to Tabane, the late Allen Kwela – can, would, could and have done with the guitar what Tabane has in the last 50 years.

Through several band line-ups he has shuffled over 20 times over the half a century (the best were the first three Malombo outfits: 1962's Malombo Jazz; 1964's Malombo Jazz Members; and 1965's Malombo Jazz Makers, with his fellow township band members Julian Bahula on percussions, Abbey Cindi on flute and harmonica, and later his nephew, the inimitable Mabi Thobejane on congas and toys), Tabane has left an indelible mark on almost all sorts of genres.

Although he is still alive, alternative types – from skate-rockers, world, Afro-rock to contemporary punks – speak of him in celestial tones, as though they are talking about The Doors' Jim Morrison, or that other "Jim" with a penchant for burning-guitar rituals.

He does to guitar and with the guitar what only Jimi Hendrix, Ali Farka Touré, Jimmy Page and Dakar's legendary Orchestra Baobab's Barthélemy Attisso have ever done with the axe, or anyone has ever done to or with the instrument in public, with their clothes on!

And yet, nobody seems to know his whereabouts, or what to do with him once they track him down. Generally, he has become the true, French existentialist obscure and non-participator recluse.

But when I track him down to No 3814 Mokone Street, D1, Mamelodi West, Malombo was uncharacteristically open, frank and ready to talk. We were scheduled for only one hour. Two weeks later, we are still talking. About almost everything.

This is an excerpt from the July 2013 issue of Rolling Stone South Africa, to read the full cover-story you can subscribe to the magazine here.