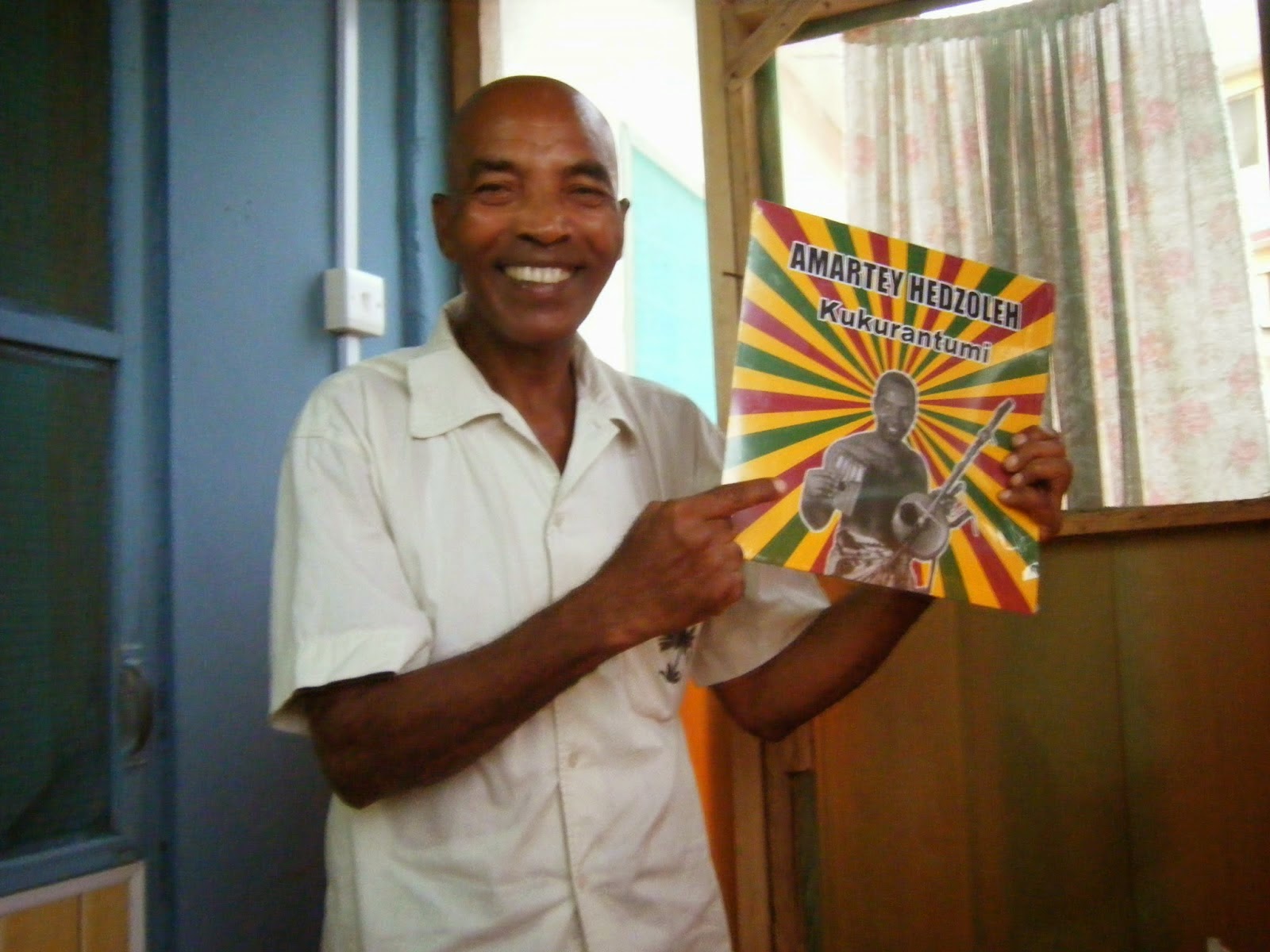 A veteran of Ghana's Afro-rock scene, Hedzoleh started in the 60s as bass player and singer of the Psychedelic Aliens (reissued by Academy Records). In 1972 he founded Hedzoleh Soundz, later recorded by Hugh Masekela on 'Introducing Hedzoleh Soundz'. This unreleased performance of 1983 melts Ghanean ethnic music with his very unique rendition of modern Highlife.

Excellent solo work from Amartey Hedzoleh – a key member of the important Afro Funk combos Psychedelic Aliens and Hedzoleh Sounds – heard here in a set of previously-unreleased tracks from the early 80s! The music is quite rootsy all the way through – with Hedzoleh on vocals and a host of different instruments that include guitar, kalimba, gonje, and jiri – spun out over percussion that's sewn together in tightly rhythmic grooves by some great bass and guitar – often moving at a speed that's pretty intense! The sound is very unique – earthy and almost ethnographic, but with all the rhythmic appeal of studio grooves from the time – and titles include "Pe Pe", "Abonsa Iye Woye", "Abena At Rest House", "Hie Hie Woyaa", "Serious", and "Tontro". 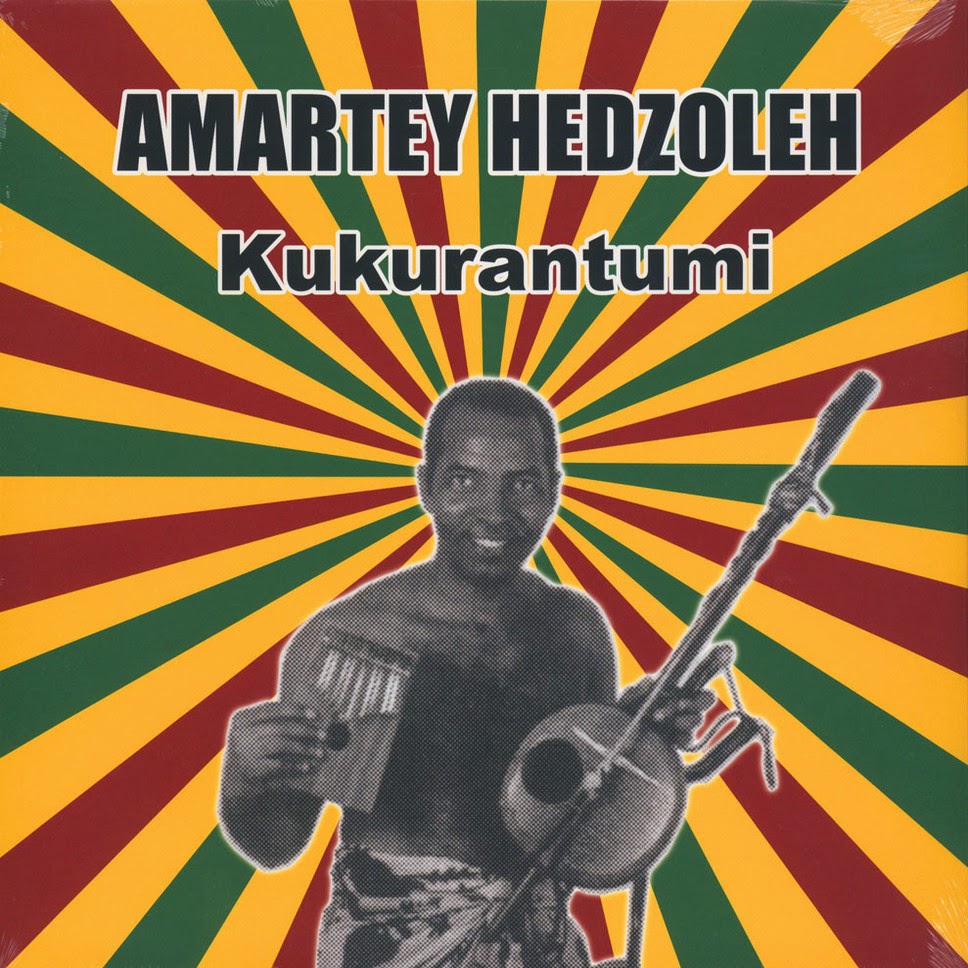 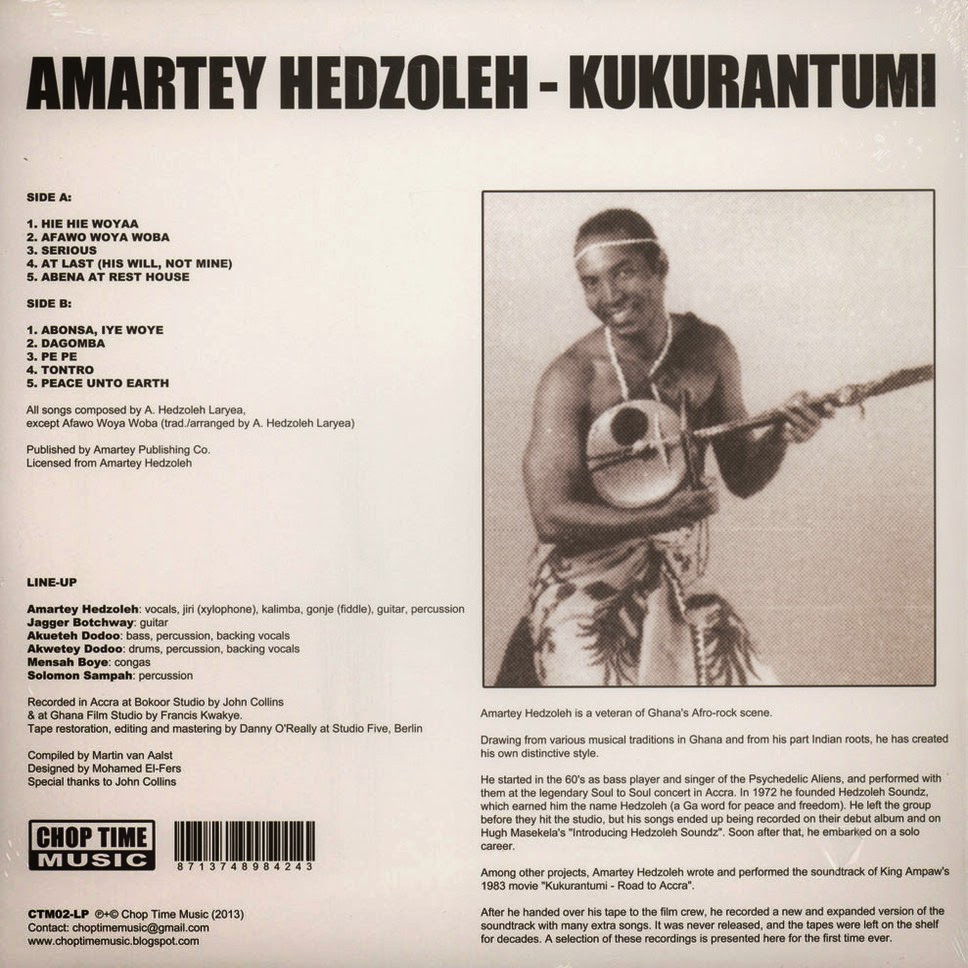