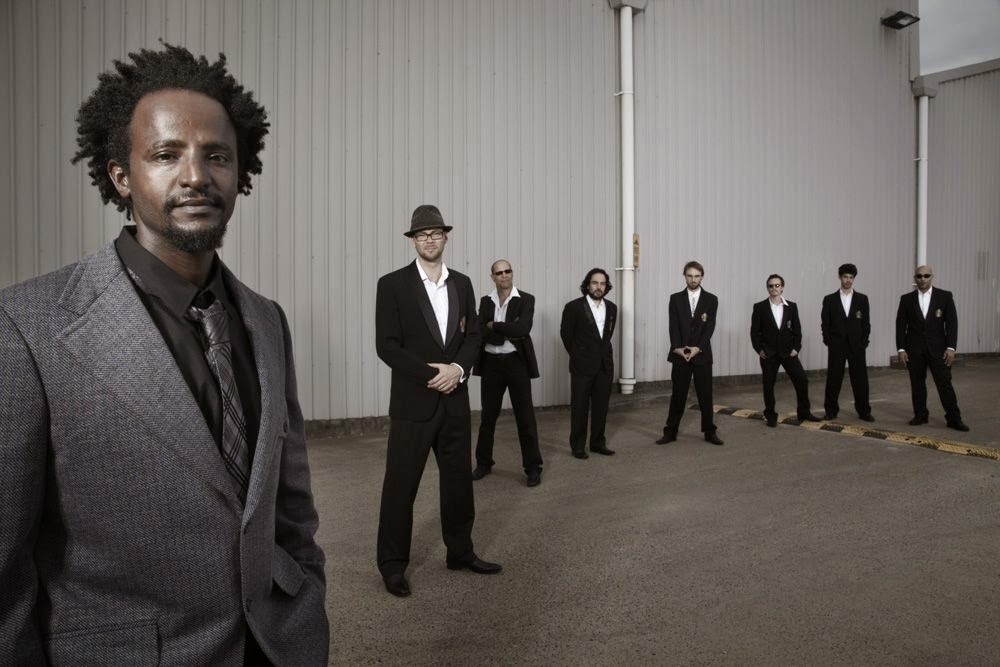 Dereb Desalegn (aka Dereb the Ambassador) is well known on the streets of Addis Ababa as one of Ethiopia’s most respected singers.

Born in Ethiopia, Dereb grew up amongst a family of musicians, completely immersed in his home country’s rich melange of sounds, rhythms and musical styles. Dereb’s extraordinary vocal talent was recognised early on, with his first performances at the age of 4. With parent mentors by his side he went from strength to strength, adding a Masenqo, the single-stringed Ethiopian spike fiddle, to his repertoire by the age of 10. By his teens he was drawing crowds in the bars of Addis Ababa and around Ethiopia.

In 2003 Dereb recorded his first solo album ‘Korkorow Yalew’ from which the hit single ‘Wollo’, reached number one on the Ethiopian charts. Dereb has since toured in America, England, Asia, New Zealand and Australia where he currently resides.

On arriving in Sydney, Dereb collaborated with producer Tony Buchen, to put together his latest project, assuming the moniker Dereb the Ambassador, after a title given to him years earlier by the Ethiopian media.

The first album under this new title, released in 2011, was recorded using pre-1970’s recording equipment, and is influenced by the warm, funky sounds of great Ethiopian artists from of the 60’s and 70’s such as Mulatu Astatke and Mahmoud Ahmed, who have gained a resurgence of interest through the ‘Ethiopiques’ series and Jim Jarmouche’s film ‘Broken Flowers’.

Having recently returned from a tour of Ethiopia, Dereb and his 8 piece band continue to develop new material and satisfying crowds with their gritty, addictive brand of Ethio-soul.

In his native Ethiopia Dereb Desalegn has a devout following. In his adopted Australia, he’ll probably languish as a niche “world music” concern. Here's hoping he doesn't. With his seven-piece backing band, Desalegn is a traditionalist in a fairly remote field: his is a sound that combines Ethiopian folk music traditions with western jazz, a style that has seen a surge of interest over the last two decades thanks to the Ethiopiques compilation series. This style flourished from the mid-1960s and was quashed when the Dergue communist military junta sent most of its purveyors underground or overseas in the mid-1970s. On this record, Desalegn pays homage to many of the ethio-jazz founders featured on those compilations, including the style's pioneer Mulatu Astatke. He also tackles three traditional Ethiopian folk songs, and two of his own.

What results could be pegged as a beginners-guide to ethio-jazz for uninitiated listeners. It's more than that though, because Desalegn's voice – capable of straddling a myriad fervently felt emotions at once – is breathtaking. With a studio's modern bells and whistles at his disposal, Desalegn has rendered Alamayehu Eshete's 'Addis Ababa Bete' – an ecstatic and possessed “banger” limited by the original recording's treble-heavy production – into the type of shamanistic, bass-oriented rapture that teems into nerve endings you never knew were there. Desalegn's melismatic vocals seem to literally swirl in and out of the ensemble's components: cadences turn into false cues, decidedly un-Western chord progressions are crushed together, and the vocal sounds we commonly associate with particular feelings are upended. It feels like Desalegn's voice can fit multiple narratives and emotional trajectories into a single bar.

To a listener unfamiliar with ethio-jazz, what's immediately striking about Dereb the Ambassador is its affinities with modern psychedelic rock music. Indeed, strip these tracks of their dizzying and tangential African scales and the rhythm section plays out like a guns blazing power-trio, with Desalegn's voice visiting tonal regions previously off the map. But you wouldn't want to strip away anything, because Desalegn has recruited an ensemble of musicians whose unashamed technical nous doesn't preclude their ability to properly inhabit the material. In a word, these tracks exude all the delirium and otherworldliness that presumably attracted western vinyl collectors to this curious fusion to begin with. Here's hoping though, that Desalegn won't be permanently designated to the world music basket as a mere sample of an exotic culture, and will instead be welcomed as an artist whose work we can pour over and wonder at on its own terms. 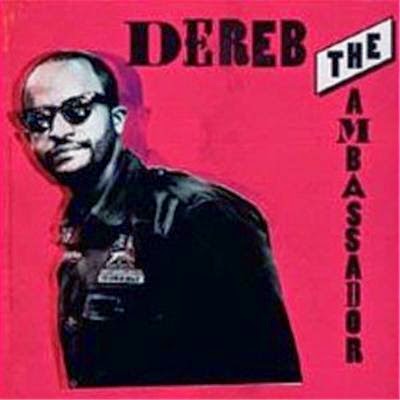